The Conservatives won't support the enforcement of the Emergencies Act

Politics Insider for Feb. 17: A breakdown of the Emergencies Act; Ottawa appoints an interim police chief; Doug Ford comes up short on a major election promise 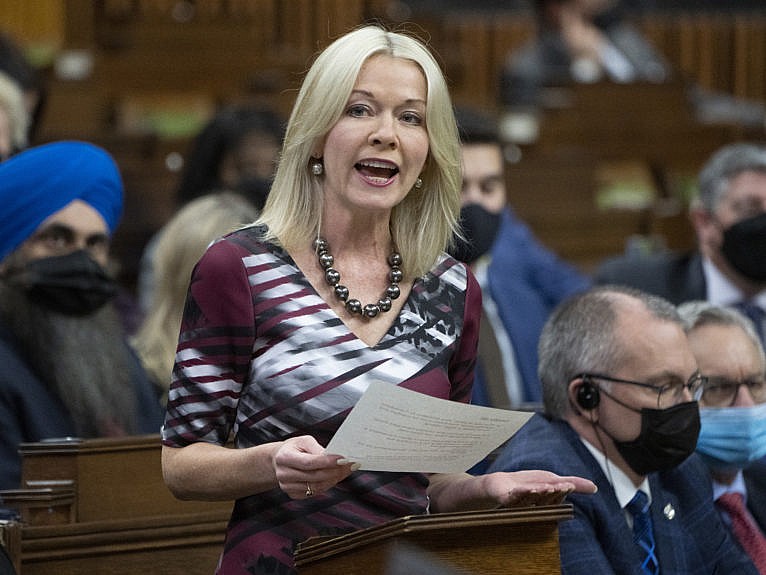 No dice: Interim Conservative leader Candice Bergen says the party won’t support a motion to give the federal government the power to enforce the Emergencies Act, reports CTV News. Parliament will soon debate a motion on the enacting of the law:

Leaving a Conservative caucus meeting on Wednesday, Bergen said Prime Minister Justin Trudeau didn’t attempt to thoroughly rectify the protesting and blockades in Ottawa and elsewhere with the existing powers he had. “The first act that he does when he has a chance to do something – he doesn’t go through step one, two, three – he goes straight to 100 and invokes the Emergencies Act,” she said.

Fine print: CTV News has a breakdown of five powers enacted by the federal government in the Emergencies Act. Among them is a prohibition on bringing children to protest sites: the Children’s Aid Society urged parents with kids participating in the downtown protest to make arrangements for their care in case they’re arrested, reports CTV News.

Official warning: As the blockade in downtown Ottawa dragged into its twentieth day, Ottawa police handed out leaflets to protestors, warning them to leave the area or risk arrest, reports the Globe.

Who’s to blame? The CBC’s Joanne Chianello has an analysis on Sloly’s downfall, how we got here and who should be blamed for it (perhaps no one person in particular, writes Chianello):

Is the local force incompetent or has it not been adequately supported? It’s probably not an either-or situation. This protest is the most complex and fraught civil action this city has ever seen and there’s likely a lot of blame to go around for how it all went down. Right now, it almost doesn’t matter. The city has lost its collective trust in the police force to end the occupation and to protect downtown residents during raucous and lawless weekends. The person who wears that is the person in charge.

A visual aid: A tech company created a map of the environmental impacts of the protest in downtown Ottawa, reports CTV News.

During the second week of protests, for example, data shows how the stretch of Wellington St. fronting Parliament Hill registered noise levels from blaring truck horns that were equivalent to a sustained emergency vehicle siren, while residents across the Rideau Canal heard noise similar in decibels to an alarm clock.

No cuts: In other news, the provincial financial accountability watchdog says the Ontario PCs won’t be fulfilling a 2018 election promise to lower electricity bills by 12 per cent, reports the Canadian Press. A report from the Financial Accountability Office says the average hydro bill increased by four per cent since the provincial government was elected.

Pillow fight: Mike Lindell, the Trump-supporting conspiracy theorist and pillow-toting CEO of American company My Pillow, was denied entry to Canada, along with a truck full of over 10,000 pillows, when trying to cross the border to join the Ottawa protest, reports the Post:

A senior government source said that Lindell, as well [as] an accompanying videographer, were intercepted at the Port Huron-Sarnia border crossing on Tuesday evening as they were enroute for Ottawa to distribute “pillows and Bibles” to convoy protestors. … According to the senior government source, Lindell was turned back because he was not fully vaccinated and did not have a negative PCR test in hand.