The long shadow of the senator of Cavendish

If only Stephen Harper had appointed Mike Duffy to represent Ontario 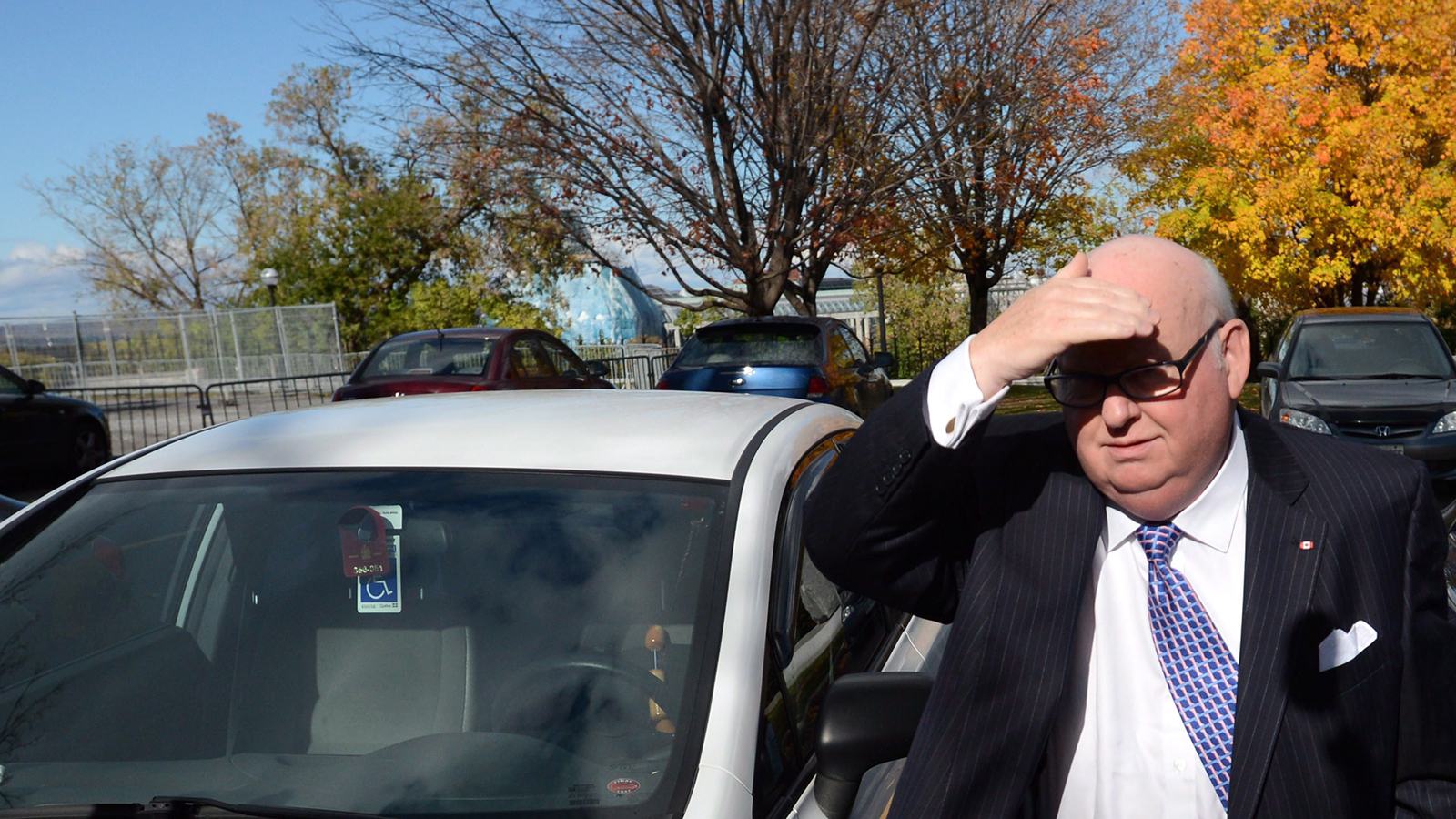 He haunts him still.

It’s not that Prime Minister Stephen Harper shouldn’t have appointed Mike Duffy to the Senate, however much the former (and perhaps even the latter) might be wishing now that he hadn’t. It is, in fact, possible, with the changing of one small detail, to plausibly imagine a scenario in which Harper appoints Duffy to the Senate on that fateful day in December 2008, and these subsequent six years unfold entirely unremarkably, save maybe for some periodic note of Duffy’s post-journalism commitment to the Conservative cause as a fundraiser and public personality.

But Harper appointed Duffy to the Senate to represent the province of Prince Edward Island. And the significance of that deserves repeating and dwelling upon. From that particular assignment does most, perhaps nearly all, of this follow. If Duffy gets appointed to represent the province of Ontario, there are no living expenses to claim, no reason for the Prime Minister’s Office to get involved, no reason for Nigel Wright to write him a cheque, no reason for the RCMP to investigate and, thus, maybe nothing like the 31 charges that were filed today against the independent senator for Cavendish, as he is still officially listed, whatever the suspension his former colleagues have imposed.

And now, look. Look at it all.

If nothing else, a trial will now compel another look—this look conducted well beyond the control of the Prime Minister, and with all the powers to compel information and testimony that a judicial hearing allows. Never mind the prosecutorial tone of NDP Leader Thomas Mulcair; now we will have a real hearing.

Why Mike Duffy is facing charges, and Nigel Wright isn’t

Mike Duffy: King of the hill

The questions to be answered, both within that courtroom and well beyond, are now as numerous and plentiful as your imagination will allow. What more is there to learn about the arrangement between Duffy and Wright? What more might we find out about the machinations of the PMO and the Conservative party? What more might Duffy have to reveal? Who knew what about what? Will the Prime Minister be called to testify? If called, will he agree to do so? Could he really refuse? Why was Duffy charged for accepting the $90,000 cheque, but not Nigel Wright for writing the $90,000 cheque? What do the Senate’s residency rules even mean? Will a trial commence before the next election? If so, what impact will that have on the campaign? What sort of impact will this trial (not to mention any subsequent trials for any other senators) have on the public standing of the Senate and the future of Senate reform (or abolition)?

Though it can’t be pinned solely on Duffy’s efforts—Mac Harb, Pamela Wallin and Patrick Brazeau did their part—the auditor general is now investigating the entire upper chamber. What else will Michael Ferguson find? How much more trouble might there be? Will we one day look back and say that Mike Duffy made some contribution to inspiring a more independent and reformed Senate? We can, for now, credit him with helping make question period as riveting as it has been in years and with turning the proceedings of the Senate, for at least a couple of nights, into mesmerizing theatre, a wondrous one-man-play.

If the Conservatives lose support in the next election, will we also have to credit Duffy with having helped Liberal Leader Justin Trudeau or Mulcair become prime minister? Whenever his premiership ends, where and how will Mike Duffy factor into the legacy of Stephen Harper?

For now, it is remarkable enough that the appointment of a senator for Prince Edward Island has already mattered as much as it has for Harper (which is to say at all), a Prime Minister who assumed office on a vow to do away with the business of appointing senators.

Maybe someone can even mount an argument that this really doesn’t amount to much—an unfortunate series of events that is more spectacle and scandal than substantive matter of public governance. Or maybe this all exposes problems that go well beyond Duffy—questions about how Parliament functions and why. Even if Duffy’s claiming of a living allowance seems like an odd basis for a profound discussion, everything that has ensued seems worthy of consideration and review.

We can concoct elaborate ideas of how politics works, what matters, why governments succeed and fail, and so on. And then, one day, a prime minister can appoint a former TV newsman to the Senate and everything can start to go sideways and suddenly the behind-the-scenes can be made public.

If only section 22 of the Constitution Act didn’t exist. If only the fathers of Confederation hadn’t guaranteed that island burgh four senators. If only Stephen Harper had just given Duffy one of Ontario’s seats. If only Harper’s third chief of staff was someone other than Nigel Wright. If only Wright wasn’t wealthy enough to cut a $90,000 cheque.

That jerry-rigged website with Duffy offering greetings to a comprehensive list of possible names is a perfect piece of political absurdity and a minor irony—a reminder that he was once a prominent and lucrative face for Harper’s party. Probably Harper would happily trade all that money for an opportunity to redo that appointment for Prince Edward Island.