Where to watch the Maclean's debate on Aug. 6

If it's anyone’s race, help decide it. Here’s how to watch and engage 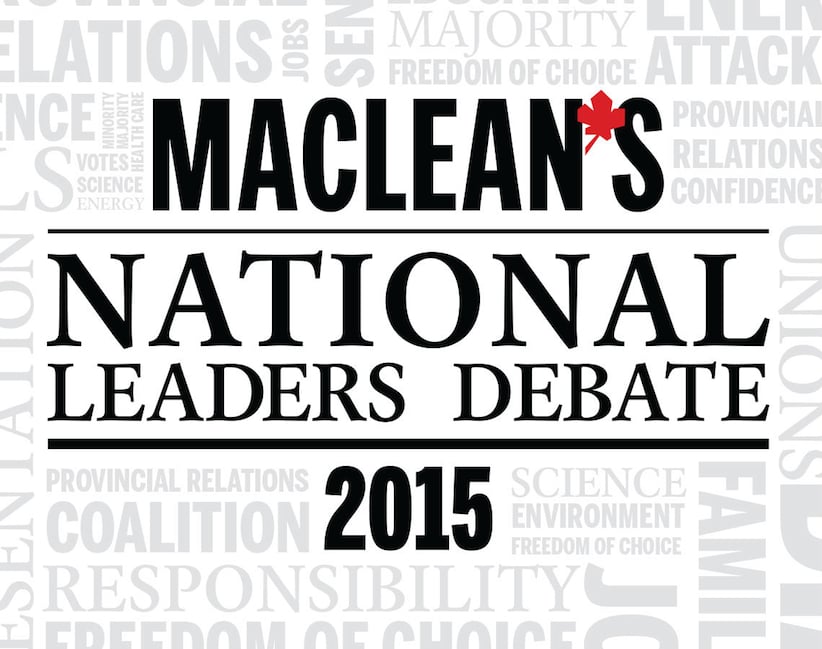 The 2015 federal election will be the most important and dramatic in a generation. Watch and engage during the Maclean’s National Leaders Debate Aug. 6. Have your say too—what would you ask our leaders? Comment on our Facebook page. And make sure to bookmark macleans.ca/debate, where you’ll be able to live-stream our debate, participate in live poll questions, and get involved in the discussion. Here’s how to watch:

The debate begins at 8pm EDT. We’re broadcasting coast to coast in multiple languages. In English, on City. In English and French, on CPAC. In Italian, Punjabi, Mandarin and Cantonese on OMNI.

We’ll be live streaming at Macleans.ca/debate, on the Maclean’s Facebook page and the Maclean’s YouTube channel, as well as on cpac.ca and OMNITV.ca. You can also join the social discussion using the #macdebate hashtag.

MISSED IT? WATCH THE REPLAY:

We’ll be hosting a full video replay of the debate on macleans.ca, as well as on the Maclean’s YouTube channel.