The Mike Duffy Tour of Canada 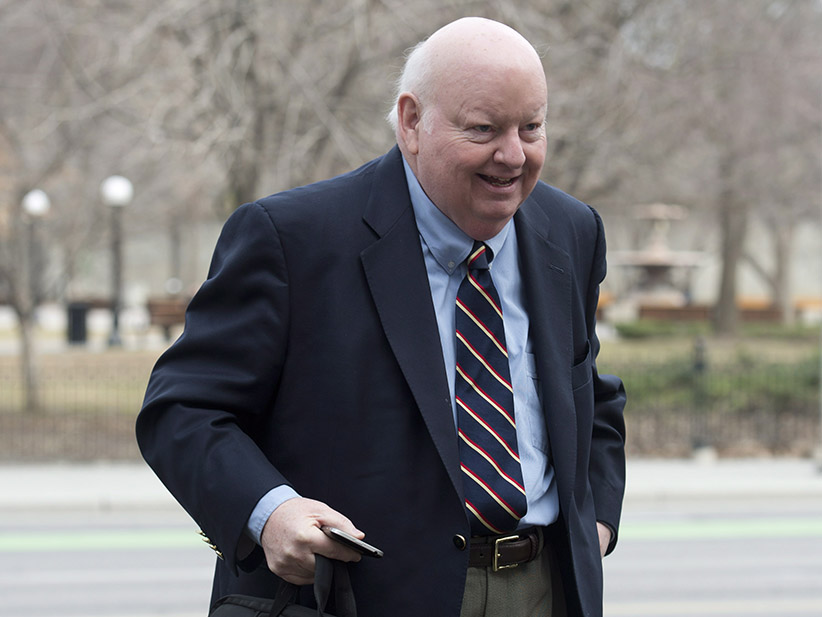 Mike Duffy, the genie of Cavendish, P.E.I., spent the day transporting observers of his trial in Courtroom 33 across this large country, from funerals in the east to fairgrounds in the west, from the judging of cows and pigs to the frozen pipes of cottages in the wilds of our smallest province.

We heard from a man called Golden Dollar and attended, by way of the magic of testimony, the final farewell for a Second World War super spy.

The suspended senator’s criminal trial at Ottawa’s Elgin Street courthouse is in truth like what they used to say of the corner of Peel and Saint-Catherine streets in Montreal: stand there long enough and you’ll eventually see everyone you ever knew, witness all things that ever happened.

At times that is schmaltz; at other times it surprises you with its beauty. Now and then, there’s even the odd semi-explosive political tidbit.

For one, Duffy seems in 2009 to have backed out of a scheduled appearance at the Saanich Fair, outside Victoria (where cows and pigs get judged and where, perhaps not dissimilarly, political parties rent promotional booths) because the local Tory riding association balked at bankrolling the travel—a four-day trip Duffy and his wife, Heather, ended up undertaking anyway, billing the Canadian taxpayer something like $8,000.

“We’re drifting into dangerous territory,” he told Crown prosecutor Mark Holmes. “I’d prefer you not to.”

Holmes desisted and we heard nothing more.

This is what it’s like to watch a disgraced senator undergo trial by judge over 31 charges of fraud, breach of trust and bribery. A glimpse of something shiny is quickly replaced with something grey, then by something impossibly vivid and strange.

Call it the “Mike Duffy Tour of Canada.”

We met today, to mention one vivid example, via speakerphone from Springvale, P.E.I., Cliff Dollar, Duffy’s cottage caretaker. Dollar closes the place at 10 Friendly Lane down for winter, installs shutters and turns the water off, then opens it back up in spring to let the sun in.

“Jess cumin in the door,” he told us over the phone.

Court clerk Evelyn Waldman asked if he’d like to swear a religious oath or, alternatively, affirm that he’d speak the truth.

Would he swear or affirm?

“Whichever you fellers want to do.”

He ended up swearing on a Bible, and announced to Courtroom 33 his name: “Clifford Golden Dollar.”

According to his testimony, it was Dollar who introduced Duffy to the idea of buying 10 Friendly Lane:

“Mike was lookin fer a place,” he told court, and so Dollar was keeping an “oye out fer a cottage.”

That was while Duffy was still a journalist. So the timing was good, given that Duffy would soon become senator, and the longtime Ottawa resident needed a perch in P.E.I. to lend the appointment a semblance of propriety.

“It was a nice cottage,” Dollar told court—nice even after the previous owner, Dr. Robert, plugged all the holes in the place up so that, when the pipes in the attic bust one winter and flooded the downstairs, “the water ran right out the door.”

Dollar’s testimony suggested the cottage wasn’t fit, really, to be a full-time residence. Due to the absence of a basement temperatures inside could be “a bit touchy-go-y.” He described unplowed roads in winter, snow so high you couldn’t see the house for the snowbanks from the car.

When a matter Dollar could not rightly answer came up during questioning, he put his wife on the phone, a lapse in the rules of evidence that, though he recognized the impropriety of it, caused Vaillancourt to appear absolutely delighted, and to grin with abandon.

“Whatever they’re paying you, it’s not enough,” Bayne told Dollar.

Meanwhile, Holmes and his Crown colleague Jason Neubauer toured the court in and out of a number of funerals Duffy attended in P.E.I.—travel he went on to bill the Senate. One of these funerals was for his old ham radio friend Cliff Stewart, who died at 91 in 2011. This portion of the Crown’s case backfired somewhat after observers in court heard Stewart’s story, and decided collectively that a senator of Canada really ought to have been there.

That is because Stewart was a Second World War super spy. He trained at something called Camp X, which if it sounds suspiciously similar to a James Bond spy school is likely because another Camp X alumnus was one Ian Fleming, creator of the fictitious secret service hero James Bond.

Stewart executed secret missions behind enemy lines, and CSIS still visited him in P.E.I. even in old age.

Myrna Sanderson, who gave testimony concerning Stewart’s funeral, which tool place on May 18, 2011, had eaten Sunday dinner with Stewart for the last three decades of his life. She told court: “Whatever was broken, Cliff could fix it.” When she added, “that’s a big statement,” it left the distinct impression she was not speaking merely of radios and cars and computers, but of things beyond the inanimate as well. Duffy, sitting in the first row, looked emotional as she recounted Stewart’s story.

And yet Duffy expensed thousands of dollars for the trip, calling it “Senate business.” Senate rules now exist that would ban travel to attend such a funeral. Is that good?

We will finish with Allison Swan, funeral director at MacLean Funeral Home Swan Chapel, in Charlottetown.

Swan, despite his business, has a sense of humour. He saw Duffy deliver a eulogy in the spring of 2009, at the funeral of an elderly woman, a great friend of Duffy’s mother.

“I remember when he finished thinking what a fine job he had done,” Swan said.

Bayne stood to cross-examine Swan, and pointed out that the woman in question was the descendant of one of the Fathers of Confederation, and that her family had donated the bell of one of Charlottetown’s pre-eminent Catholic churches.

“They’re clearly a prominent family in P.E.I.,” Bayne suggested to Swan, underscoring the appropriateness of a senator’s attendance.

“I suspect that would be fair to say in the early years,” said Swan, demurring ever so slightly.

“Well,” said Swan: “Could be debatable at times.”

Swan was reminiscent of Stephen Leacock’s funeral man in Sunshine Sketches of a Little Town.

In that book, Golgotha Gingham is a “quiet, sallow looking man dressed in black, with black gloves and with black silk hat heavily craped … such words as ‘funeral’ or ‘coffin’ or ‘hearse’ never passed his lips. He spoke always of ‘internments,’ of ‘caskets,’ and ‘coaches,’ using terms that were calculated rather to bring out the majesty and sublimity of death rather than to parade its horrors.

“I have often heard him explain that to associate with the living, uninteresting though they appear, is the only way to secure the custom of the dead.”