At 37, the B.C. MP is one of the most prominent Conservative cabinet ministers 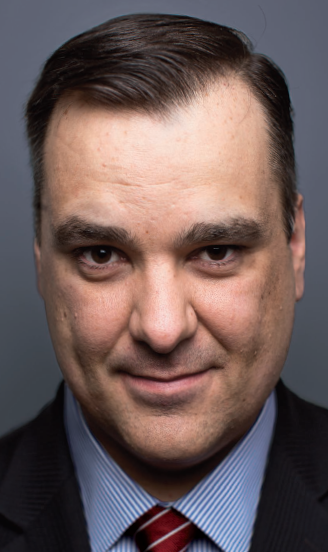 In the late summer of 2000, a recent political science graduate at the University of Northern British Columbia sat on the floor of his basement apartment in Prince George, B.C. A fall federal election was in the wind, and he used a Sharpie to draw the outlines of his home riding, a suburban Vancouver constituency held by a Liberal MP, on a Frommer’s map. Also arrayed around him were his old high school and junior high yearbooks. If he could identify just 250 friends and acquaintances back home who would support him, he figured that might be enough to get himself nominated as the Canadian Alliance candidate, and then try to capture the seat.

Unlike many dream-job schemes, it worked. At just 24, James Moore won Port Moody-Coquitlam-Port Coquitlam under Stockwell Day’s Alliance leadership, making him B.C.’s youngest MP ever. He has held the riding easily through four elections since then. During that stretch, he saw Day falter and fade, and the Alliance merge with the old Tories to form a new Conservative party under Stephen Harper. Along the way, Moore evolved from an unusually young and vocal opposition backbencher, to one of Harper’s designated question period scrappers, to one of his most prominent cabinet ministers and regional chieftains. He’s still only 37. Promoted to the Industry Canada portfolio in last summer’s cabinet shuffle, after a fairly high-profile stint as heritage minister, Moore’s rise from student striver to key economic minister happened fast.

Yet he is not entirely content. He worries that the public sees politicians only when they’re behaving badly, especially in question period—and even then some of the worst stuff isn’t captured on camera. And he doesn’t exclude himself from criticism. “Look, I’ve had my moments that I’m not proud of,” he says of the 45 minutes of daily sparring in the House. “The public sees people losing their cool on camera. What they don’t hear are some of the pretty boorish, aggressive and personal heckles, and people being teased for their weight”—he’s a big man—“their hair, their gender, their tie. It can be really awful at times.”

Moore adds that he’s frustrated to turn on the TV news at the end of day when he might have attended two cabinet committees, met with a top CEO, and grappled with a departmental policy file—only to hear that the Senate controversy alone rates a story. Still, he didn’t arrive exactly unprepared for the bruising side of politics. In fact, Moore’s apprenticeship was in perhaps the only forum less decorous than QP—talk radio. As well, he’s conscious of how politics in his home province, more than most places, traditionally lines up along bitter, ideological divides.

He grew up in Coquitlam, just outside Vancouver, son of a dentist father and a teacher-turned-homemaker mother. A serene suburban upbringing was broken by his mother’s sudden death from cancer in 1993, when he was 17. It changed his priorities. “After my mom died,” he says, “I decided to do more than save money for a Jeep.” Politics seemed a way to make life matter. He volunteered for Preston Manning’s Reform insurgency in that year’s federal election. Tilting right wasn’t an act of rebellion; his dad had raised money and put up signs for B.C.’s Social Credit party. But Moore also says Let the Trumpet Sound, Stephen B. Oates’s then newly published biography of Martin Luther King, Jr., had impressed him deeply, and he drew a line from civil rights idealism to Manning’s arguments for individual and provincial equality before the law.

The 1993 election was a watershed. Jean Chrétien’s Liberals won, but Manning’s Reformers and Lucien Bouchard’s separatist Bloc Québécois burst into prominence as the Tories were nearly wiped out. Working on the campaign, Moore met a right-wing Vancouver talk radio host, and ended up guesting on her show. Soon he was a fixture on the city’s airwaves. After the 1997 election, he moved to Ottawa to work briefly as a communications assistant to Manning, whose influence remains powerful. Moore describes Manning as providing, even now, a rare “generational perspective” on policy and politics, and he contrasts the elder statesman’s long view with the reality of governing, where “everything is a three-year cycle, a two-year pilot project, a five-year economic plan.”

Getting a taste of Ottawa with Manning, Moore realized his lack of higher education mattered. He went home to enrol in the University of Northern B.C. One of his professors, John Young, remembers his new student coming up after his first American politics class to mention that he was running his own website on B.C. politics. “I checked out the website and thought, ‘Okay, this young man is already a good notch above many,’ ” Young recalls. Moore not only dominated in-class debates (“Other students were a bit reluctant to go up against him,” Young says), he also hosted a show on a Prince George radio station.

In 2000, Moore vaulted pretty much from a seat in a classroom to one in the House of Commons, and yet says a long career in federal politics didn’t seem likely to him then. Day had fared well in B.C., but his failure to break through in Ontario, where Chrétien’s Liberals continued their dominance, left him vulnerable. Revolt broke out in the Alliance caucus. As well, Chrétien was likely to be succeeded by Paul Martin, whose “Blue Liberal” credentials, Moore says, were expected to play well in the West. So the B.C. rookie saw himself as a likely “one-term wonder.”

He says two unrelated developments changed that. The first was the terrorist attack on New York and Washington on Sept. 11, 2001. The Alliance’s internal squabbling faded quickly to irrelevance that day. Moore and other opposition MPs threw themselves into parliamentary work, as the Liberals forged new security and anti-terrorism policies. “We said, whether our political party will survive, all that is secondary,” Moore says. The following year, Day called a leadership race in a bid to solidify his hold on the Alliance, but was instead beaten by Harper, who came back to politics after a hiatus as head of the National Citizens Coalition. His return, and his success in reuniting the Canadian right, is the second factor that Moore credits with prolonging his federal political life.

When Harper won the 2006 election, he didn’t elevate Moore to cabinet right away. But as a parliamentary secretary, Moore was handed plum responsibilities for the upcoming Vancouver 2010 Olympics. In the 2008 campaign, Harper’s remark that cutting arts funding “isn’t something that resonates with ordinary people” hurt him. In Quebec, those cuts were an unexpectedly big issue. After the election, Moore was named heritage minister and assigned to repair the damage. A product of immersion education through elementary and high school, he speaks French well. Money also talks, though, and he points to Canada Council funding increases and the creation of the Canada Media Fund, which supports production of TV and digital programs, as having helped the Tories with the skeptical arts and entertainment sectors.

Perhaps his most delicate Heritage file was the CBC. In last year’s federal budget, the Harper government cut the public broadcaster’s funding 10 per cent, from $1.1 billion, over three years. Moore suggests the CBC must now secure its own future. “It’s for them to find their relevance, present it to Canadians, and if Canadians support it, they’ll continue funding it. If not, it will disappear,” he says, Moore also left his mark on national identity issues, pushing history projects like the 200th anniversary of the War of 1812 and launching plans for Canada’s 150th birthday in 2017.

Moving to Industry last summer gave him a chance to prove himself in an economic post. Jason Kenney made a similar transition, to Employment from Citizenship and Immigration. Tory insiders see both as likely future leadership aspirants. Moore is striking a pro-consumer stance, talking about how cable companies should give viewers better options to “pick and pay” for only the channels they want and promoting more competition among cellphone companies. Still, exactly how he hopes to accomplish either goal remains largely a mystery. On more cell choice, Verizon’s decision not to enter the Canadian market was a serious setback. Opposition MPs see Moore creating high expectations without obvious policy solutions in hand. “He’s one of the better ministers,” says NDP consumer protection critic Glenn Thibeault. “However, he’s got no plan in place.”

Perhaps even more than his demanding policy file, though, Moore is identified with his province. He says B.C. has only lately moved from its traditional position on the periphery of national affairs to the centre. Fierce debate about pipelines to the Pacific has made talk of B.C.’s proximity to Asian markets feel far more important. Environmental issues carry huge national consequences. Aboriginal policy is being cast in a new light by developments like B.C.’s Nisga’a Nation’s moving recently to let its members privately own tribal land, a first for a Canadian Native community. With all this in play, the old B.C. politics of polarized, left-right extremes feels to Moore outmoded. “There’s a maturation because now we matter,” he says. “It’s time for B.C. to step up and step forward.” And an auspicious moment to emerge as province’s leading figure on the federal stage.