The uproar over 'Unplanned,' and Canada's messed-up politics

Jen Gerson: Liberals are once again using abortion rollbacks in the U.S. as pretext for dire warnings about Andrew Scheer and the Conservatives. Guess there's more than one bad movie in town. 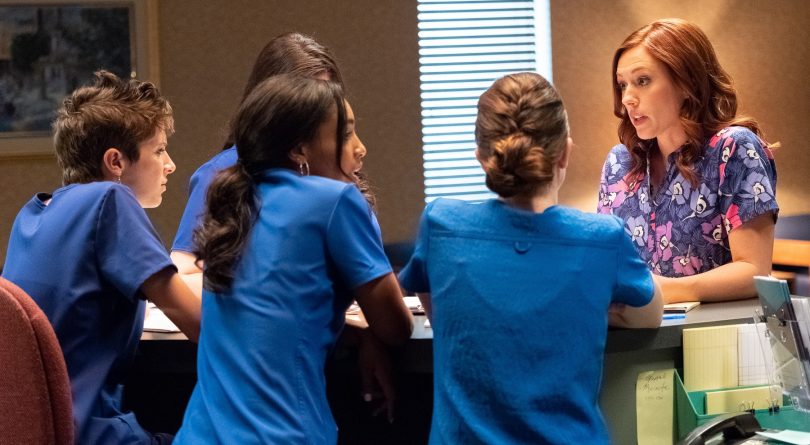 Rachael Harder, MP for Lethbridge and shadow minister for the status of women, led the prayer, which was followed by a toast to the Queen with decent wine in plastic glasses.

Harder, one might recall, was rather theatrically denied a position as the chair of the Committee on the Status of Women for her pro-life views back in 2017 as it was deemed unbecoming that a person who opposed abortion could possibly serve as a spokesperson for such an esteemed body. She’s a hit in this tent.

Outside it, her beliefs place her in a minority. Most Canadians support abortion rights—though many with some conditions attached. Support is so high and so entrenched that it would be absurd for any party to shake the status quo. Even among those who don’t support abortion, the prevailing Canadian consensus on the matter seems to be that it’s best left to the comments section, Twitter, and angry emails to columnists. Most don’t want to make this a political issue.

RELATED: Why the Liberals can’t stop talking about abortion

This is, almost word-for-word, what Stephen Harper said on the matter; it parrots Jason Kenney’s own stance in Alberta. He has said he will not bring forward legislative measures on abortion. And while one might argue that Conservatives have made attempts to chip away at the matter over the years—a doomed motion to oppose sex-selective abortion, for example, or the defeated C-225, which would have granted fetuses personhood for the purposes of trial and sentencing if a pregnant woman were assaulted—it’s difficult to imagine these as anything more than symbolic gestures rather than meaningful assaults on reproductive rights.

Thanks to loosening restrictions on Mifegymiso, the abortion pill approved by Health Canada in 2015, access to early abortion has quietly expanded, even under Conservative premiers like Brian Pallister in Manitoba and Scott Moe in Saskatchewan.

Of course, this doesn’t mean forward momentum is inevitable, or that the Conservatives at the provincial level can be trusted to refrain from rolling back access to Mifegymiso, for example. Conservative provincial governments toyed with attempts to defund abortion services in the ‘90s and failed. They may try again, though such an attempt seems doomed before a constitutional challenge.

On the federal side, a federal Conservative government might allow another private members’ bill. These moves should be opposed, if they ever come about, but the practical threats they represent to abortion access should be kept in context.

RELATED: How Canada’s growing anti-abortion movement plans to swing the next federal election

The Conservatives have the greatest inclination to attempt to restrict abortion, but they also have the least to gain in doing so. Even if they did have the appetite, such laws would probably be similar to the practical restrictions that have already been put in place by the Canadian Medical Association. These are the very guidelines that belie the pro-life talking point that Canadian women have unfettered access to elective abortion at any stage of pregnancy—up until birth! We don’t. (And if you happen to be more than 20-weeks pregnant with a healthy fetus in the near future, I can personally recommend trolling your doctor on this very point just to see his or her face.)

The current absence of legislation on abortion restriction has created other kinds of problems, namely patchy access across the country.

The people who seem most keen to get Canadians debating abortion rights are the Liberals themselves, who have used abortion bans and rollbacks in U.S. states as a pretext for dire warnings at home. They’ve sent out fundraising emails on the issue, noting that 12 Conservative MPs attended an anti-abortion rally on Parliament Hill.

More ominously, MP Brad Trost screened the anti-abortion movie Unplanned on the hill back in April. The movie will now be shown in a few dozen theatres across Canada this month—a horror that Trudeau chief of staff Katie Telford blamed directly on “the support received by federal Conservative politicians.”

Unplanned is a movie based on the memoir of Abby Johnson, a former clinic director for Planned Parenthood who claims to have had a come-to-Jesus moment on the abortion question after she witnessed an abortion at 13 weeks. Johnson claims to have witnessed the fetus squirm and fight to avoid its terminal fate.

As one might expect, the film is about as accurate as any agenda-driven fictionalization “based on a true story” coming out of film studio ever could be. It’s up there with Annabelle Comes Home, which is probably a better pick if you’re in the mood for horror.

Now a pro-life Christian celebrity, many aspects of Johnson’s story simply haven’t born scrutiny; for example, the Planned Parenthood clinic simply didn’t perform such a 13-week abortion when she had claimed.

Fans of the anti-abortion genre will also note the similarities to the 1984 documentary, the Silent Scream—which also claims to depict a suffering fetus facing the abortionist’s end. Many in the medical community called out that documentary for being misleading at the time, too, noting that a fetus at this stage simply doesn’t have the cognitive capacity to register pain, or react in anything other than the most primitive and reflexive way.

None of this, however, makes Unplanned a dangerous film. It will simply be a persuasive one to some people.

Even if the premise of the movie were perfectly accurate and sound, and a fetus could react in a sentient manner to the threat of imminent death, that fact would not endow said fetus with the moral and legal rights of a person. Nor would it mean that a fetus’s “right” to be carried to term and birthed should outweigh the bodily autonomy of the fully adult, sentient human being who is carrying it.

If the pro-life side wants to base its abortion ethics on sentiment and gore, most women of childbearing age who have experienced miscarriages, stillborns, complicated pregnancies, and births that have not gone to plan will be able to match them on carnage point for point. The miracle of procreation is nightmare fuel.

I have little patience for often misleading, gore-and-sentiment-based arguments of pro-life protestors. But those of us on the pro-choice side of the issue have to stop treating these challenges—made-for-TV movies, ugly pictures or, gasp, the mere presence of outspoken pro-life MPs—as proof of a coming collapse of abortion rights that can be averted only by shutting people up and protests down. People of genuinely held religious faith are going to have differences of opinion on questions of when personhood begins. They’re wrong, but that doesn’t mean they should be shunned from public life or public office.

Meanwhile, the Liberals are pulling from a very old, very cynical playbook that stirs few souls outside the Twitter hole. As they did in 2004, and again in 2006, they are trying to make the Conservative leader appear menacing; his attendance at a Yellow Vest rally—an unwise move, undoubtedly—is some kind coded support for white nationalism. Brad Trost screening a daytime TV anti-abortion movie has laid bare the party’s true motives—to turn Canada into the state of Gilead. Soon, they’ll be warning about Soldiers with Guns, In our Cities, In Canada. “We did not make this up.”

These kinds of attacks only work if they are rooted in a flaw that ordinary voters can perceive, and painting Andrew Scheer as scary is about as convincing as Ned Flanders in a KKK hood. When voters tune in, what they’re going to see is a be-dimpled dad figure talking about GST, rescinding maternity leave taxes, and establishing national energy corridors.

Scheer has real weaknesses the Liberals could capitalize on; Ontarians, for example, will be wary of Conservative rule thanks to the amateurish government of PC Premier Doug Ford. Perhaps Scheer is too aligned with the interests of the oil sector; the party’s environmental position is weak; many will be concerned with a Conservative approach to spending and deficits, for example.

The election is still four months away. It seems awfully early in the cycle to be playing such a desperate hand.