Who has the best vision for public transit? 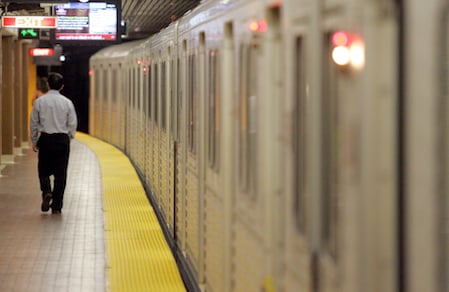 To the disappointment of journalists and late-night talk-show hosts everywhere, the Toronto mayoral election seems to have very little to do with crack videos and much to do with an issue of actual importance to the city — namely transit.

Having your own beautiful map of the future Toronto subway system has now become a prerequisite for being a frontrunner (or even a lesser known) candidate in this race. It’s likely the next mayor will be crowned on the basis of whether voters prefer his or her vision of subways, even more subways, or light rail.

So who has the best plan for ending gridlock and for convincing Torontonians that they should no longer snicker every time the TTC tries to call itself the Rocket? Here’s the rundown on the transit plans of the three main candidates: 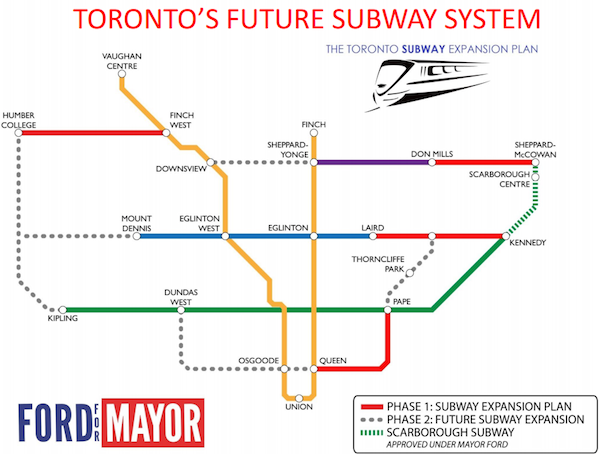 Where: Scrap the planned light-rail transit from Don Mills to McCowan and replace it with a subway; connect the Sheppard subway line to the new Bloor-Danforth extension; move the planned above-ground portion of the Eglinton Crosstown from Laird to Kennedy underground; build a subway to connect Finch West Station to Humber College; build a relief line from Queen to Pape.

Where’s the cash: $2.5 billion from the City of Toronto, funded over 30 years by tax-increment financing (taxes on new development along the subway line). The rest will need to come from the provincial and federal governments. 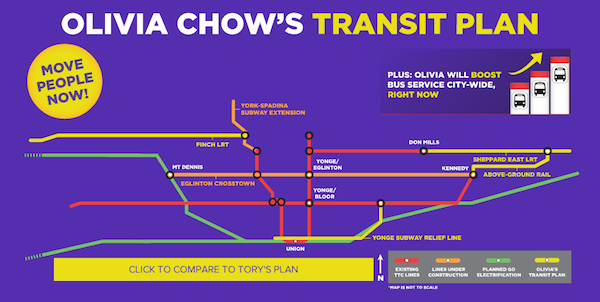 What: Bike lanes and light rail

How long: Approximately 10 km of light rail and 200 km of bike lanes.

Where’s the cash: Raising land transfer taxes on homes over $2 million by one per cent, which will raise $20 million a year; borrow $1 billion; federal and provincial governments.