Trudeau on the offence as O'Toole targets swing voters

Politics Insider for Sept. 8, 2021: Here come the attack ads; a call for cheaper phone bills; and debate day number one 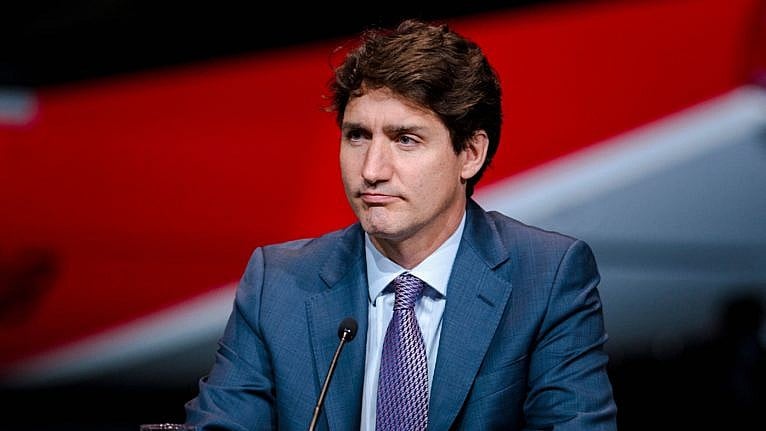 After being pelted by rocks at a campaign rally on Monday night, Justin Trudeau has found his ferocity, writes Susan Delacourt in the Star.

A new wave of ads has appeared, in which Trudeau takes direct aim at (Erin) O’Toole. Be aware: this is not business as usual in the Liberal party under Trudeau since 2015. Liberals have done “contrast ads” on a small, micro-targeted scale in the past couple of elections, but not the large-sized TV versions that came out over the weekend. Trudeau’s tone on Labour Day was also evidence that the party is trying to steer the campaign back from the brink. “I can’t back down” was a call-out to Liberals as much as it was to the party’s rivals — a message to shore up any faltering morale.

With a different view, John Ivison in the National Post, says that Trudeau is entering dangerous territory with such attacks.

Trudeau has looked frantic and sounded shrill. The leader who propounded “sunny ways” and the hopeful narrative has been reduced to accusing his rival of saying anything to get elected. Lest we forget, this is the Justin Trudeau who promised electoral reform, the return of peacekeeping, pharmacare, clean drinking water on reserves, Access to Information in ministerial offices, two years of deficits before a return to balanced budgets etc, etc. This is dangerous territory for the Liberal leader — as is the politicization of vaccination. His position on those who have not been vaccinated is hardening, as he tries to link “anti-vaxxer mobs” stalking his campaign events to O’Toole.

The Globe reports that Trudeau won’t back down from his campaign plans. Police are investigating the rock throwing, Global reports. Global also reports that experts find it worrying.

Role of PPC: In the Star, Chantal Hebert points out that the protests are associated with Maxime Bernier’s People’s Party, which stands to benefit from the conflict at the expense of the Conservatives, although mainstream parties are not involved.

Based on the behaviour and the rhetoric of the most virulent anti-Trudeau demonstrators, some clearly found inspiration in the scenes observed on Capitol Hill last January. In contrast with the United States, none of the mainstream federal leaders is overtly stoking the fire. Notwithstanding the black-and-white rhetoric of the past three weeks, on vaccination as on health passports, shades of grey distinguish the Liberals, the Conservatives, the New Democrats and the Bloc Québécois. And premiers of every political stripe have introduced vaccination mandates.

Meanwhile, at CBC, Aaron Wherry has a thoughtful analysis of Erin O’Toole, who has been trying to establish himself as “serious and relatively risk-free option.”

O’Toole’s platform seems designed to appeal to an imagined swing voter who is tired of Justin Trudeau but still wants to be reassured that at least something will be done about things like climate change. Overall, O’Toole might want to be seen as the more humble, practical candidate. And after the last six years, there might be an appetite for something a little less exciting. But uninteresting is not what O’Toole has been over the last several days — and it’s not what O’Toole promised to be when he ran for the Conservative leadership in 2020.

Buy American: In Maclean’s Andrew MacDougall laments that we are spending so much time talking about guns.

But as Kim Campbell was famously misquoted as not saying, elections are no time to discuss serious issues. Or, in this case, no time to discuss minor issues seriously. The Liberals are playing on a very strong Canadian heuristic: guns are bad. It doesn’t matter that the Canadian hunters and sports shooters who have the weapons in question go through a very thorough vetting process and are almost universally responsible with them, or that their weapons very rarely end up being used in crime. All the Liberals know is that when these weapons are used in a crime, it’s unspeakably awful.

Jabbed minister: Campaigning from the Conservatives’ Ottawa studio on Tuesday, O’Toole promised to appoint a vaccinated health minister should he form the next government, the Canadian Press reports.

Cheaper phone service: O’Toole’s policy of the day, which was overshadowed by other stuff, was a promise to bring down cell phone bills by allowing international competition into Canada, Global reports.

Numbers coming: O’Toole also commented on his party’s as-yet uncosted platform, CBC reports, saying that he hopes to be able release the numbers soon, although not necessarily soon enough for the debates, which take place tonight (in French) and tomorrow night (in English.)

How to watch: Shannon Proudfoot, in Maclean’s, explains how you can tune in to tonight’s showdown. The commission that organizes them released the themes on Tuesday: affordability, climate, COVID recovery, leadership and accountability and reconciliation.

Note that, in an election called on the day that Kabul fell, there will be no time spent debating foreign affairs in this election, a contrast to 2019, before the debate commission was established, when there was a whole debate dedicated to that topic.

Rebel Rebel: Speaking of the debates, a far right web site has gone to court to seek media accreditation to cover them.

Mandat de vaccination: The Legault government announced Tuesday that all health and social services workers in Quebec must be fully vaccinated by Oct. 15 or face suspension without pay, CTV reports. The sweeping rule applies to public and private sector workers applies to cleaning staff and security personnel in health-care settings.

Meanwhile in Alberta: The mayors of 12 Alberta municipalities called Tuesday for the provincial government to bring in a vaccine passport, CP reports.

Muzzled? The Toronto Sun’s Lorrie Goldstein has an interesting item on the Liberals — who campaigned on not muzzling scientists — seeming to muzzled the scientists at PHAC during the campaign.

Burning Asterix and Tintin: Radio Canada reports (translation) that an Ontario francophone school board has destroyed 15 books with “outdated and inappropriate content,” about Indigenous people — including Asterix, Tintin and Lucky Luke comics — in the name of reconciliation.