About three-dozen U.S. state governors are holding their annual summer meeting in Rhode Island. Trudeau will give a keynote address. 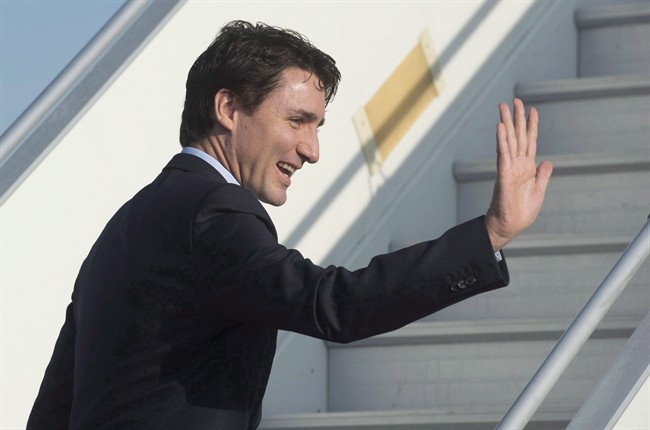 PROVIDENCE, R.I. – It’s like a day of Canada-U.S. political speed-dating: Dozens of American governors, several Canadian federal and provincial representatives, holding meetings in quick succession, hoping to leave a good impression before the relationship gets tested by the cold reality of trade negotiations.

They’re all converging today at a Rhode Island convention centre where about three-dozen U.S. state governors are holding their annual summer meeting, with trade uncertainty looming ahead.

The Canadian side will be led by Prime Minister Justin Trudeau: he will deliver a keynote address, participate in a public panel, hold separate meetings with five state governors, and have a formal one-on-one session with Vice-President Mike Pence.

It’s all happening with major economic developments potentially days away. Next week, the U.S. is expected to publish its negotiating positions for a new NAFTA, then there’s an impending U.S. decision on steel tariffs, a dispute over Bombardier, and negotiations aimed at settling the softwood lumber dispute.

Canadian officials say the long-term objective here is to create relationships that could prove useful, should trade talks hit a difficult patch and Canada find itself in need of allies willing to speak up in favour of NAFTA.

The federal government has identified 11 U.S. states that might have the most political clout in upcoming trade debates, with several having been won at least once by Barack Obama, swung to Donald Trump, and exporting heavily to Canada.

“Our conversations here have one focus: free trade, and the renegotiation (of NAFTA),” Quebec minister Christine St-Pierre said in an interview. “It’s a real public-relations exercise, one of convincing our partners of the importance of trade.”

The Quebec minister said there’s a good level of teamwork between the various delegations from Canada: “There is really, really, really a desire to work closely together on this… We’re all on the same page.”