Wanted, but not here

In a bid to deport suspected war criminals and gangsters, Ottawa finds itself in a Catch-22 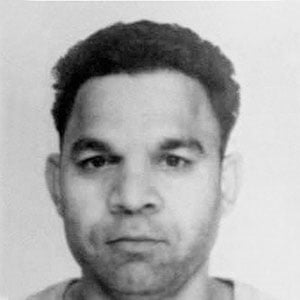 If the stats alone told the whole story, the program would be an undeniable success. Nearly three years after the Canada Border Services Agency launched an FBI-style “Most Wanted” list—publicizing the names and mug shots of suspected war criminals, gangsters and other dangerous immigrants who vanished before the government could deport them—tips from the public have led to 56 arrests. Another 14 targets have been located outside the country, bringing the grand total to an even 70. Without the Wanted website (and the countless news clips that followed), it’s fair to assume all those fugitives would still be on the lam, sapping taxpayer money and manpower in the faint hope of finding them.

But, like anything else, the statistics only say so much. Despite dozens of arrests (and the obligatory press release praising each one), some elements of the Most Wanted list have been, well, wanting. In December, the federal privacy commissioner scolded the Canada Border Services Agency (CBSA) for its “potentially misleading” use of the term “war criminal,” noting that nobody on the website was ever charged with a war crime, let alone convicted. A few weeks later, Maclean’s actually tracked down one of the “missing” men, raising more troubling questions about just how hard authorities are searching. (Asked why the magazine managed to locate Dragan Djuric when the agency could not, CBSA responded by promptly removing his headshot from the website.)

Then there’s Arshad Muhammad, one of the original 30 faces featured on the list when it launched in July 2011. Recognized and arrested just one day later, and behind bars ever since, the Pakistani national has spent the past three years arguing he should be allowed to stay here—precisely because Ottawa posted his photo for everyone to see. Canadian law prohibits the government (except in extremely rare cases) from removing illegal residents who could face cruel and unusual punishment in their home countries, and Muhammad insists that by publicly branding him both a war criminal and a suspected terrorist, Ottawa has made him a prime target for torture if he’s flown back to Pakistan.

In other words, the same Wanted list that flushed him out of hiding has made him impossible to deport.

This month, the Federal Court issued yet another ruling that appears to bolster Muhammad’s chances of staying. For the second time since he was captured, a judge has overturned the decision of a “minister’s delegate” in the Department of Citizenship and Immigration (CIC), who found Muhammad would not be at risk if returned home. Criticizing the delegate’s “unsupportable inferences” and “unreasonable” conclusion, Madam Justice Cecily Strickland went so far as to openly wonder, after all that’s transpired, “whether there is, in fact, sufficient evidence to support a finding that the applicant is not at risk.”

The ruling marks the latest chapter in a legal saga that threatens to strike an embarrassing blow to Ottawa’s much-heralded Most Wanted program. If nothing else, Muhammad’s appeals have exposed disturbing allegations of government interference, and confirmed just how desperate CBSA was to protect its headline-friendly initiative from any negative publicity. But, at the same time, the case is yet another high-profile immigration file that will leave many Canadians scratching their heads: A man wanted for deportation is featured on a wanted list, and that’s why he shouldn’t be deported?

“I am a firm believer that people should have a full, fast and fair opportunity to present their cases, but this case is a poster child of what is wrong with the system,” says Sergio Karas, a Toronto immigration lawyer. “The message seems to be: ‘The worse you are, the more chances you have to stay.’ ”

Even before the list went live, it was a question that concerned senior bureaucrats: By finally identifying the border agency’s most-wanted fugitives, would the Stephen Harper government actually jeopardize its chances of deporting some of them? A CBSA briefing note, since disclosed under the Access to Information Act, specifically warned that the “release of this information would highlight a person’s case to the public, potentially leading to the person being at risk when removed.” The Conservatives went ahead anyway, clearly convinced that the benefits of the list—as both a law-enforcement tool and a public relations strategy—outweighed any potential pitfalls.

There is, after all, scant public sympathy for people like Arshad Muhammad. A confessed liar who used a fake Italian passport to sneak into Canada and file a refugee application, his asylum claim was denied in 2001 because of his admitted membership in a terrorist organization (an organization that can’t be identified because of a publication ban). With no legal status, Muhammad fled Montreal for Toronto and lived under an assumed name, working cash-only construction jobs for nearly a decade. The day he was arrested, the 45-year-old was shopping at a tile store in Mississauga, Ont., ordering supplies for a bathroom renovation. (He now insists he was never a member of a Pakistani terror group, and only made that claim because he thought it would improve his chance at asylum.)

From his Toronto detention cell, Muhammad applied for what is known as a pre-removal risk assessment (PRRA), a process that determines whether an illegal immigrant would be in danger back home. Although the border agency oversees enforcement, it’s the immigration department that conducts the assessments, with the first step being an “opinion” rendered by an immigration officer.

In Muhammad’s case, the officer sided with him, concluding that the two labels now attached to his name—war criminal and terrorist—make “it more likely than not” he would be at risk if deported. What happened next is laid out in hundreds of pages of documents, including internal government emails, filed in Federal Court.

“This one is not going well,” Glenda Lavergne, CBSA’s director-general of border operations, wrote to other senior staff after being told about the initial PRRA opinion.

Such opinions are not final; a higher-ranking immigration official (the independent “minister’s delegate”) renders the ultimate decision, and is free to adopt or ignore the previous officer’s opinion. But Lavergne was so concerned about “the quality” of that initial opinion that she organized a meeting with the director-general of CIC’s case-management branch. It was an unprecedented event; at the time, the minister’s delegate had yet to render a ruling.

Another CBSA staffer who attended the meeting, Susan Kramer, said Lavergne told her Immigration counterpart, Michael Dupuis, that a positive risk assessment “could have a serious impact” on the Wanted list, including the possibility it “could no longer be used.” Under oath, Kramer also described the meeting as “odd,” adding she would never have organized it herself. “If you want an independent decision,” she testified, “then I think we need to be careful not to give the impression that it’s not independent.”

Reg Williams, director of CBSA’s Greater Toronto Enforcement Centre at the time, was equally “taken aback” by the “ill-advised” meeting. “At the time, I believed these meetings to be inappropriate, and I believe that to be true to this day,” he wrote in a sworn affidavit.

A minister’s delegate ruled against Muhammad in February 2012, going so far as to point out that her decision was “free from political influence.” But, later that year, a Federal Court judge sent the file back to a different delegate, concluding that the first failed “to adequately justify, on the basis of the evidence,” why Muhammad is safe to return to Pakistan. The second delegate reached the same conclusion as the first, ruling, yet again, that Muhammad is not at risk of torture. It was only after that decision—when Muhammad’s lawyers learned about the now-infamous meeting between CIC and CBSA—that they filed yet another appeal in Federal Court, alleging “an abuse of process that would bring the administration of justice into disrepute.”

Muhammad’s lawyers said the meeting, motivated by “political concerns” about the future of the Most Wanted list, was a “direct interference in the decision-making process” and “calls for the most serious sanction from the court.” Federal lawyers, meanwhile, said the meeting should not be given such a “nefarious characterization.” CBSA officials had no intention of influencing the process, they said, and, even if they did, neither of the minister’s delegates who considered the case had any clue the meeting took place.

In her ruling, released May 9, Madam Justice Strickland agreed that the meeting “was certainly ill-advised, as it could easily be perceived as, and indeed may have been, an attempt to influence the decision-making process.” But she concluded that “a significant link in the chain of events” is still missing: “While there is clear evidence of CBSA expressing its concerns to CIC over the implications of a positive PRRA assessment on the Wanted list, there is no evidence that the actual decision-maker, the minister’s delegate who rendered the decision, was influenced by, or biased as a result of the meeting.”

Still, the judge saved her harshest words for the delegate, Karine Roy-Tremblay, saying she reached an “unreasonable” decision based on “a selective reading of the documentary evidence.” Tremblay, for example, concluded that although Muhammad would likely be questioned and briefly detained on his return to Pakistan, it’s “speculative” to conclude he would be tortured. “That finding is not supported by the record,” Strickland ruled, “which indicates that torture is prevalent and widespread in Pakistan.”

Because the court already overturned the first decision by a minister’s delegate in 2012, “it was particularly incumbent upon” Tremblay “to clearly identify the documentation upon which she was relying to justify her finding,” Strickland said. “She did not do so.”

By judge’s order, the file is now in the hands of a third minister’s delegate, delaying even further (if not forever) Muhammad’s scheduled deportation. In a best-case scenario, he will be declared a target for torture, released from jail, and be allowed to remain in Canada in a rare state of immigration limbo—all thanks to CBSA’s Most Wanted website.

“I think it’s quite clear that this Most Wanted list caused more problems than it purported to solve for the government, and this case is an example of that,” says Sharryn Aiken, a law professor at Queen’s University. “It was an ill-conceived strategy that has backfired. If nothing else, it has resulted in a net expenditure of taxpayer dollars on Federal Court litigation. Whether this person was at risk before or not, there is very little question he became at risk after the release of that list.”

Which may prove to be the best thing that ever happened to Arshad Muhammad.