There is still a chance Donald Trump will be denied the Republican nomination. But it's a small one. 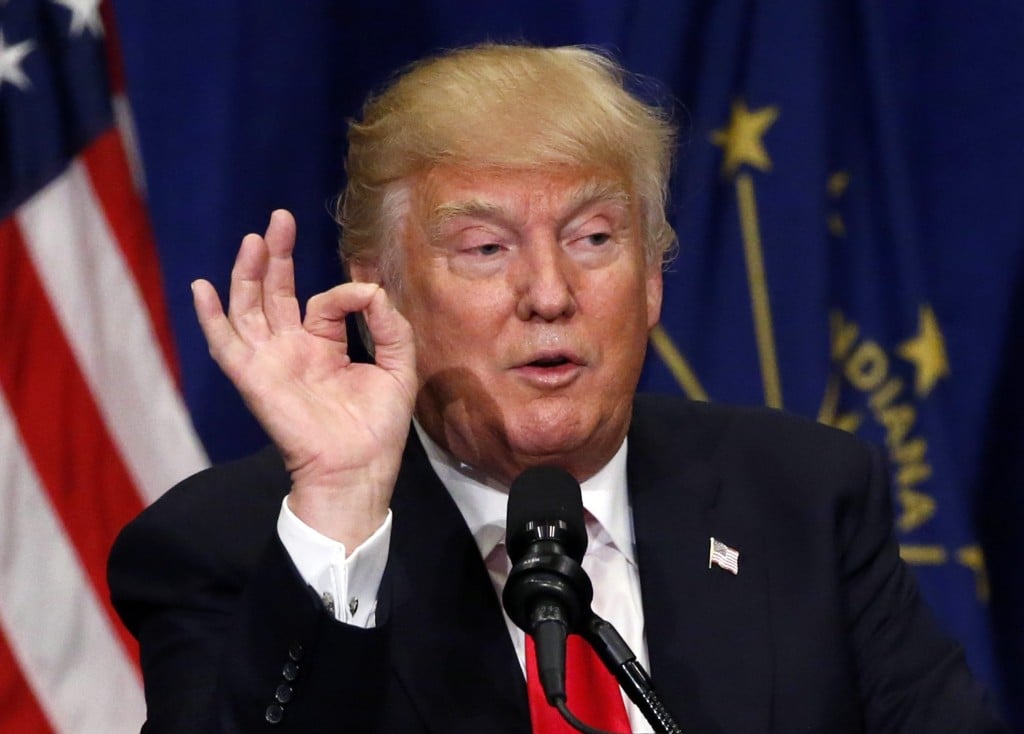 His performance in the Indiana primary Tuesday was so dominant it prompted his chief rival to exit the race – leaving no viable opponent to a candidate facing so much internal opposition.

The audience gasped as Sen. Ted Cruz broke the news.

“I’m sorry to say, It appears (my) path has been foreclosed,” Cruz said. “We left it all on the field in Indiana. We gave it everything we’ve got. But the voters chose another path.

“And so, with a heavy heart but with boundless optimism for the long-term future of our nation, we are suspending our campaign.”

That leaves a scenario that would have been derided a year ago as science-fiction.

A perma-tanned billionaire, heretofore renowned for glitzy buildings, beauty pageants, a reality-TV show, and bountiful bragging, has transformed himself into a champion of the aggrieved everyman and become the Republican party’s choice.

After a year of bomb-tossing epithets at his rivals, he’s arrived at the gates of power with only two obstacles remaining in his way: some hypothetical miracle, and Hillary Clinton.

Anti-Trump Republicans, meanwhile, are pointing fingers in other directions.

Many have blamed the news media for allowing the outlandish showman so much airtime; some grumble that power-brokers were too slow to pick a stop-Trump strategy; some even blame President Barack Obama for the political mood.

A Wall Street Journal columnist this week blamed everybody – including the angry, white working-class voters he said were leading their party to electoral ruin.

On Fox News, a sombre-sounding commentator said history is unfolding.

“What are we just witnessing happening tonight is one of the major American parties changing its political ideology, radically,” said Charles Krauthammer, a prominent Trump critic.

“It was… for the last 50 years, going all the way back perhaps to Eisenhower, the conservative party in the country. As of tonight it’s being led by a non-conservative populist.”

The day of Trump’s triumph was of a weirdness befitting the entire race.

The front-runner rolled enthusiastically in the mud of an outlandish conspiracy theory: that his rival’s dad was somehow linked to John F. Kennedy’s assassin.

That drew an understandably outraged response from the rival in question – who has already had his mud-flinging front-runner insinuate that his wife’s ugly and now that his dad was pals with shooter Lee Harvey Oswald.

“This is nuts,” an exasperated Cruz told reporters earlier in the day.

“Yes, my dad killed JFK. He is secretly Elvis. And Jimmy Hoffa’s buried in his backyard. … I’m going to tell you what I really think about Donald Trump: this man is a pathological liar. He doesn’t know the difference between truth and lies. He lies, practically every word that comes out of his mouth. … He combines it with being a narcissist. A narcissist at a level I don’t think this country’s ever seen …

“Donald Trump is such a narcissist that Barack Obama looks at him and goes, ‘Dude, what’s your problem’?”

The trigger for this outburst was Trump’s habit of using the platform of a presidential campaign to elevate urban legends into national discussion topics.

He did it recently by recycling a made-up story about a general who supposedly executed Muslims with bullets dipped in pig’s blood more than a century ago. He did it again Tuesday by referring to a supermarket-tabloid item about Cruz’s father Rafael. It had originally appeared in the National Enquirer – owned by Trump’s buddy, David Pecker.

The Miami Herald more recently ran a report questioning the tabloid story – so, naturally, a Trump spokesperson defended the candidate’s decision to raise it by saying it had appeared in the Miami Herald.

The original tabloid story was headlined: “Ted Cruz’s Father – Caught With JFK Assassin.” It said the Cuban-born father was with Oswald a few months before the assassination, at a protest where the latter handed out pro-Castro-Cuba flyers.

Trump brought it up in a TV interview Tuesday.

“His father was with Lee Harvey Oswald prior to Oswald’s being – you know, shot. I mean, the whole thing is ridiculous,” Trump told Fox News.

“What is this, right prior to his being shot, and nobody even brings it up. They don’t even talk about that. … I mean, what was he doing – what was he doing with Lee Harvey Oswald shortly before the death? Before the shooting? … It’s horrible.”

This was after his rival’s father – a pastor – described Cruz as God’s choice in the campaign: “I implore, I exhort every member of the body of Christ to vote according to the word of God and vote for the candidate that stands on the word of God and on the Constitution,” Rafael Cruz said.