Images of the Week: A gallery of scenes from Congress, where rioters stopped the vote to confirm Joe Biden as president

These jaw-dropping images from Washington, D.C., prove that Donald Trump simply cannot control his influence. The vibe at the president’s rally Wednesday apparently grew heated before Trump even finished speaking. Attendees felt their leader wasn’t saying anything they didn’t already know. Apparently, a rumour was buzzing that he would announce a slew of arrests in his final breaths as King of the Land, locking up his antagonists. He did not. So the crowd grew pissed. The time for talk had passed—this was time for action. They saw the results of Tuesday’s Senate runoff elections in Georgia, which seem likely to hand Democrats control of the Senate (and, consequently, all three branches of government), and only saw further proof of systemic voter fraud. Truly believing the presidency, and now the Senate, were stolen from them, they indulged in an act of gobsmacking hypocrisy: having claimed to love America so much, these doofuses made clear they believe it belongs exclusively to them by staging the world’s worst coup. They broke into the U.S. Capitol and strolled gleefully through Statuary Hall; they snapped selfies in the vice president’s chair; they howled in the chambers and hung from the mezzanines. The story is clear. These people—almost exclusively white, it’s worth noting—decided to reap the rewards of their unbridled patriotism. They love their country so much, they’d rather destroy it than see control of it handed to anyone else. 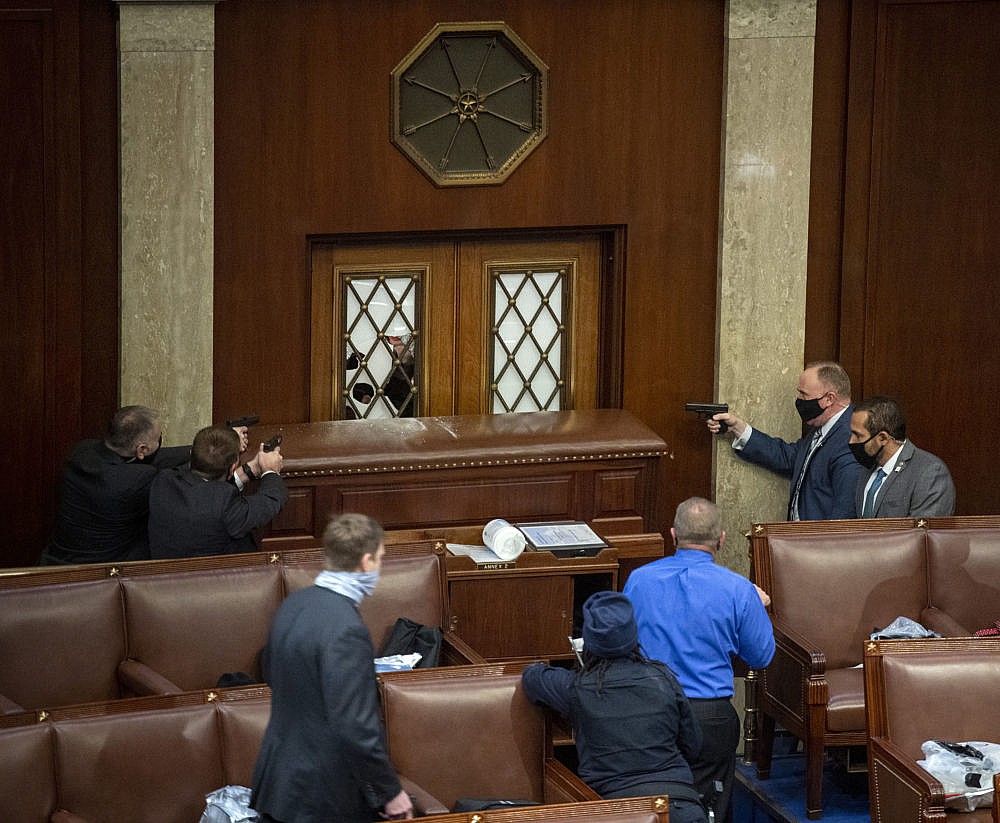 House personnel scatter as pieces of the window in the chamber door are broken from the outside by protestors as the 117th Congress holds a joint session to certify the presidential election results, in Washington, D.C. on Jan. 6, 2021.