From Gorsuch's criticisms to an awkward tweet, we're tracking the news-filled days of Donald Trump's presidency 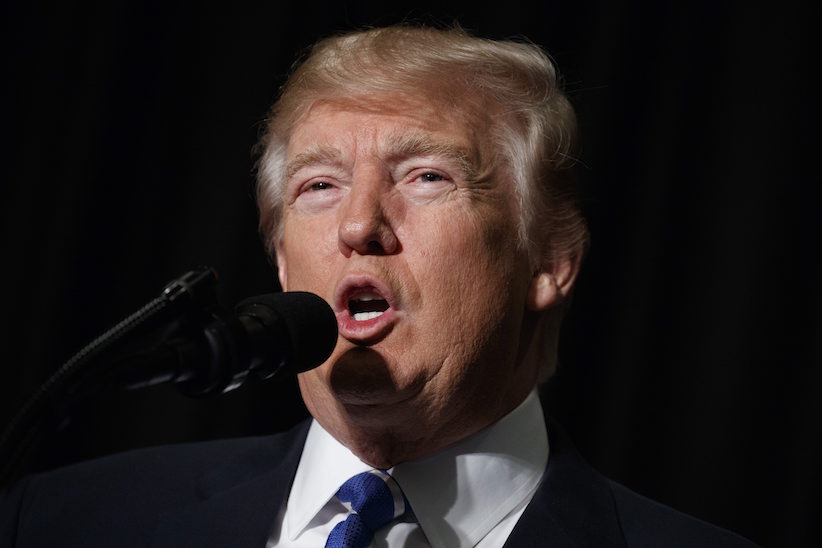 Donald Trump’s executive order to temporarily ban immigrants from seven predominantly Muslim countries is on hold as the justice system weighs in on whether it’s unconstitutional, much to the president’s chagrin. “If you were a good student in high school or a bad student in high school, you can understand this, and it’s really incredible to me that we have a court case that’s going on so long,” he said Wednesday.

Trump’s press secretary, Sean Spicer, was asked if there’s any truth to the rumours that Sarah Palin might be the next U.S. ambassador to Canada. He didn’t confirm it—but he didn’t deny it, either. Also: you can see Canada from Alaska.

Trump is none too happy about Nordstrom dropping his daughter Ivanka’s clothing line for lagging sales, tweeting that the high-end retailer treated her unfairly. No word on how he feels about T.J. Maxx and Marshall’s, who told staff to put all signage for Ivanka items in the trash, according to the New York Times.

Just eight days ago, Neil Gorsuch accepted Trump’s nomination to fill the Supreme Court seat of late justice Antonin Scalia. Now, he’s been quoted as breaking with the president, calling Trump’s criticisms of the judiciary responsible for assessing the legality of his immigration order “demoralizing” and “disheartening.” The quotes weren’t public—they were made to Sen. Richard Blumenthal, a Connecticut Democrat, who then shared them with the press—but Gorsuch’s representatives confirmed that the potential Supreme Court judge said those words.

Another day, another uncomfortably phrased Trump tweet. Today: “Big increase in traffic into our country from certain areas, while our people are far more vulnerable, as we wait for what should be EASY D!”. Easy D? Trump probably meant “easy decision”, and was unaware of the slang term “Easy D” which means… easy, um… short form for Richard.