Image of the Week: On the eve of a pivotal election, signs of the dissent and division consuming America are right outside White House 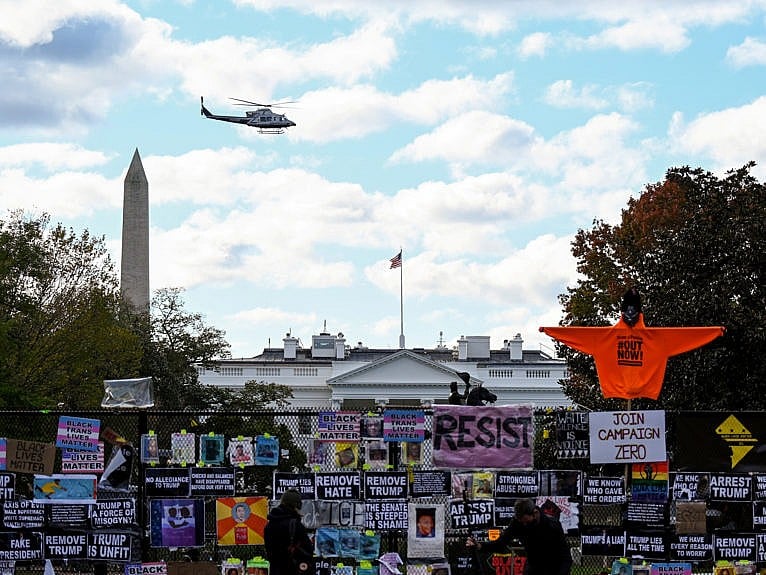 The scene outside the White House on the eve of the 2020 U.S. election. (Erin Scott/Reuters)

The White House has had a fence for most of its existence. Thomas Jefferson’s administration first erected a wood-rail barrier; a stone wall replaced that later on. An iron fence sprung up after that and, in 2019, construction kicked off for a revamped iron replacement. But it wasn’t until 2020 for the U.S. government to set up a 1.7-mile, non-scalable barricade to ward off protesters from all of Lafayette Square during the George Floyd protests. Now, with Election Day upon it, the executive branch isn’t taking any risks: that same massive barricade will perform an encore on Tuesday to keep would-be rioters at bay, because who honestly knows what’s going to happen? You can’t blame the security detail. Just look at the photo above, showing how protests are swirling alongside tensions and anxieties, hopes and hatred. If America is a dream that has bound people together for hundreds of years, that dream is now obscured by anger and division. New York Times reporter Nick Confessore put it best when the barricade was erected during the summer protests: “Trump began his term promising to build a wall to protect America from the world. He ends it building a wall to protect himself from Americans.”