For Republicans, protecting religious freedom is the new fight

When opposition to same-sex marriage is part of your political tradition, what's a party to do? Change the topic to freedom, of course 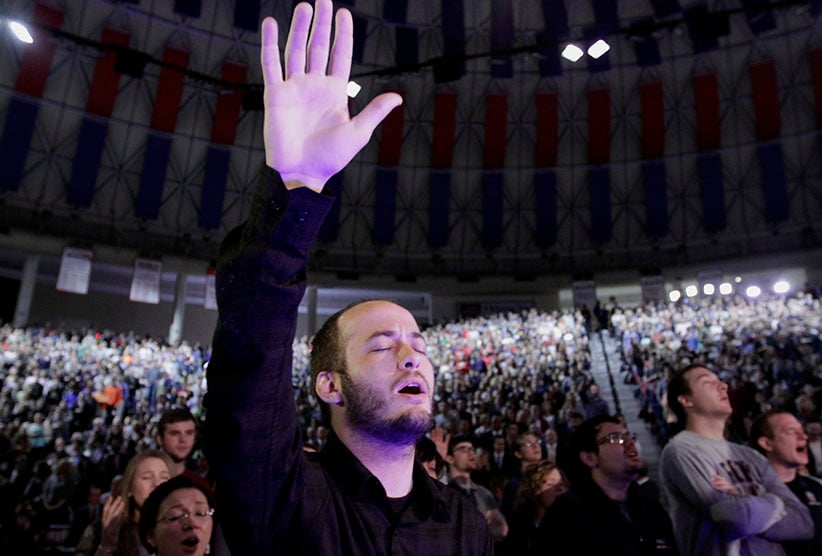 “It is now crucial that as a country we protect religious freedom,” Jeb Bush said in June after the U.S. Supreme Court’s decision in Obergefell v. Hodges, which legalized gay marriage in every state. Louisiana Gov. Bobby Jindal called it the beginning of “an all-out assault against the religious freedom rights of Christians.” Even before the court’s decision came down, Sen. Ted Cruz told a conference that “2016 will be the religious liberty election.” It certainly looks like he’s right: virtually every Republican presidential candidate is talking about religious liberty, and how gay marriage threatens it.

A decade ago, Republicans could run openly on opposing gay marriage: George W. Bush advocated a constitutional amendment to define marriage as the union of a man and a woman. But the world has changed since then, and the party has become apathetic on the issue. Sen. Marco Rubio says he doesn’t support the constitutional amendment Bush once backed, and few would-be presidents are even promising that their judges will overturn this ruling. Instead, they’re saying that gay marriage will infringe on other rights: those of Christians who believe in traditional religious teachings on homosexuality.

Sarah Posner, a senior correspondent for the online magazine Religion Dispatches, says this argument really started to gain traction in 2009, “when a bunch of religious conservatives got together and wrote this document called ‘The Manhattan Declaration.’ ” The document framed opposition to gay rights and abortion in religious liberty terms, Posner continues, “basically saying that any expansion of those rights or insurance of those rights for other people was an infringement on religious freedom.”

This argument got taken up by the dissenters in the Supreme Court’s same-sex marriage decision. Chief Justice John Roberts asked us to picture what would happen when “a religious college provides married student housing only to opposite-sex married couples, or a religious adoption agency declines to place children with same-sex married couples.” Roberts also pointed to a moment during oral arguments, when U.S. Solicitor General Donald Verrilli was asked if religious schools could lose their tax-exempt status for opposing gay marriage, much as Bob Jones University was once forced to rescind its religious-based bans on interracial dating. “I don’t think I can answer that question without knowing more specifics,” he replied, “but it’s certainly going to be an issue.”

It certainly is. For months now, conservative magazines and websites have been filled with stories of persecuted gay-marriage opponents. Perhaps the biggest cause celebre is the Oregon bakery Sweet Cakes By Melissa, which was fined $135,000 by the state’s Bureau of Labor and Industry for refusing to make cakes for a same-sex wedding. In March, Indiana passed a broad religious freedom bill that had to be amended after major corporations, including Apple, criticized it as potentially anti-gay.

Related: Indiana’s elephant in the room

Some conservatives fear that equating gay marriage with interracial marriage will force traditional Christianity out of public life. In June, a nonprofit called the Catholic Vote released a black-and-white video where people express their belief that they’ll be shamed for being “different”—namely, opposing gay marriage. Adweek blasted it for trying to position conservative Christians “as a persecuted group for not having their message of intolerance widely accepted these days.”

Most liberals don’t take these worries seriously, and Democratic candidates haven’t felt much need to address them. “It’s not very clear if the fear is rooted in things that are actually going to happen,” Posner says, pointing out that there’s no basis for believing that the government will force churches to perform gay marriages.

But these fears provide an opportunity for Republican presidential candidates. Now that gay marriage is here, promising to roll it back might make them seem like culture warriors in a country where, according to polls, more people support gay rights every year. “Even many Republican voters, I think, would rather just see them let it go,” Posner says.

Religious liberty allows candidates to talk about something that’s more broadly popular than banning gay marriage. Cruz told the Texas Tribune that he believed county clerks should “absolutely” have the right to refuse to issue same-sex marriage licences, but he added: “There’s no right in society to force a Jewish rabbi to perform a Christian wedding ceremony. There’s no right in society to force a Muslim imam to perform a Jewish wedding ceremony.” Republican candidates still don’t know exactly what voters want to hear about gay marriage, but when in doubt, change the subject to freedom. Everyone likes that.