... and how Coulter has, in the Trump era, resurrected her fading career 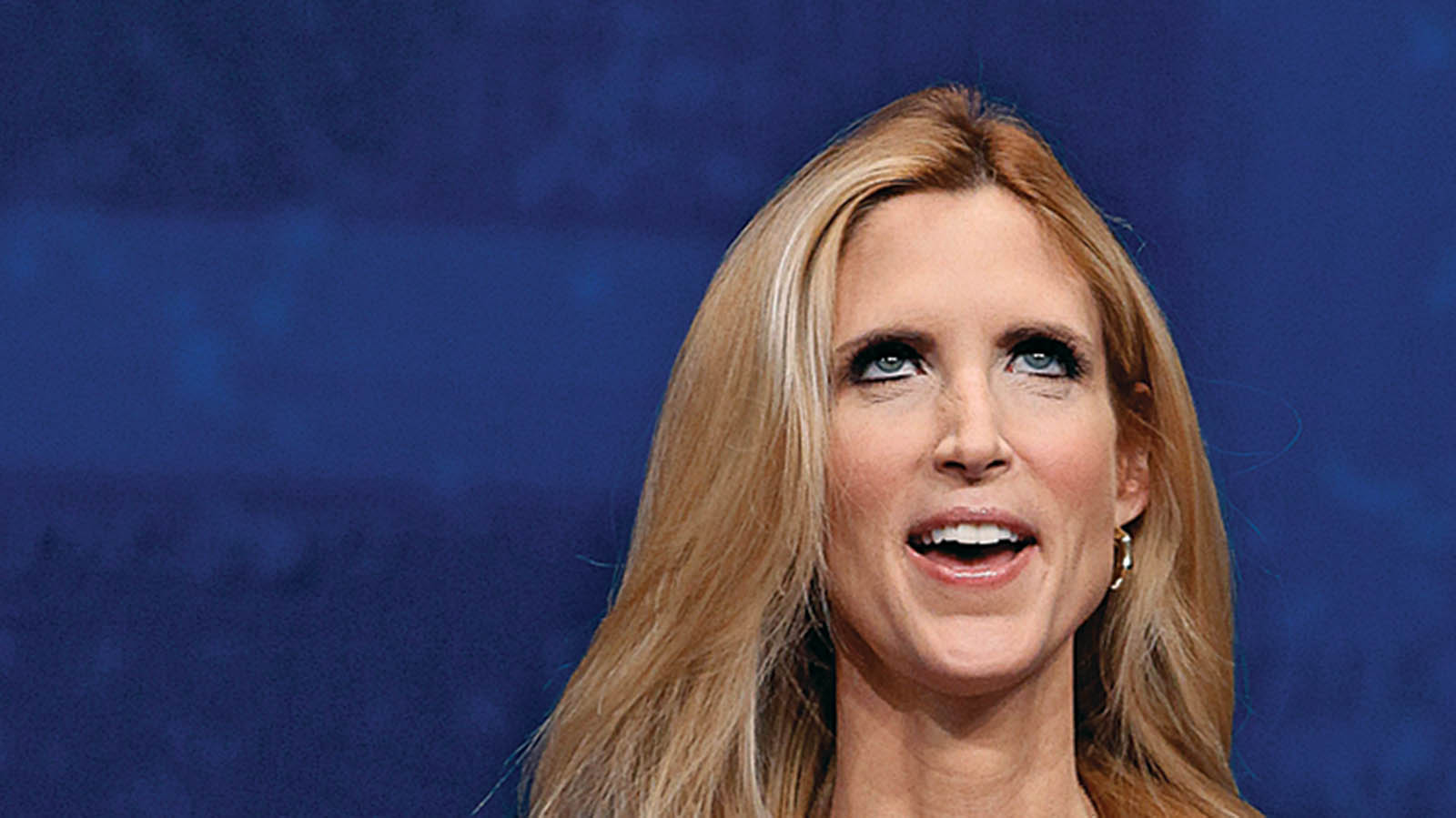 “Nobody is paying attention to Ann Coulter,” declared New York magazine’s Annie Lowrey in June 2015. It seemed like a reasonable thing to say at the time. The right-wing pundit, once a favourite of CNN and Fox News, seemed to be fading into irrelevance. But, that very month, a U.S. presidential campaign was starting that would make her more relevant than ever: even if Donald Trump doesn’t get the Republican presidential nomination, he’ll be remembered, among many other things, as the man who helped revive Ann Coulter’s career. “Trump has put her name back into the news,” says Brendan Nyhan, assistant professor of government at Dartmouth College.

Trump’s hard-line stance on immigration is widely thought to be influenced by a book Coulter published last year: ¡Adios, America! The Left’s Plan to Turn Our Country into a Third World Hellhole. The week before the book was published, Trump tweeted congratulations to Coulter for “a great read. Good job!” Later that summer, Coulter appeared at an event in Dubuque, Iowa, to endorse Trump, who told his audience: “Go out and buy her book, by the way, it’s actually a very good book. And, oh, is it true.”

Other people have read ¡Adios, America! and come away with a rather different impression of how true it is. Fact-checking sites like Politifact dine out on Coulter claims like “America has already taken in one-fourth of Mexico’s entire population.” Nyhan says she has a long “record of inflammatory and misleading claims.” But you don’t have to be accurate to impress Trump, who echoes Coulter above all in his lurid tales of immigrant crime. “It’s where he got that spicy stuff on Mexican rapists,” she boasted at a Los Angeles conference.

Many commentators have noticed, with increasing alarm, that Trump is influenced by Coulter. The Washington Post’s Carlos Lozada reported that a Trump adviser emailed Coulter: “Mr. Trump loves you. You know that.” David Frum wrote for The Atlantic that Coulter’s book had “changed Trump’s mind” on immigration, giving him his campaign theme and changing the entire course of the Republican primary. Roland Dodds at the libertarian blog Ordinary Times wrote a post titled simply “Ann Coulter: Donald Trump’s Brain?”

It’s quite a turnaround for Coulter, whose career had been in an apparent slump before the Donald came along. Many mainstream conservative publications have long kept their distance from her: National Review dropped her syndicated column in the early 2000s after she advocated that the U.S. invade Middle Eastern countries, “kill their leaders and convert them to Christianity.” In 2005, she was still considered respectable enough to get a favourable cover story in Time magazine. By early 2015, she was not being invited to the Conservative Political Action Conference, an important gathering for respectable conservatives, even though she had been one of their most popular speakers for years.

Being a pundit is a show business occupation, and Coulter, like many show business stars, seemed to have been supplanted by younger models. She had become famous in the cable TV world of the 1990s as a good-looking blond lawyer willing to say the most outrageous things about liberals, especially Bill Clinton. As this kind of put-down became more common, and channels like Fox News put conservative blond women all over television, her uniqueness seemed to fade and her sales with it: in 2011, the Washington Post reported weak sales for her book Demonic: How the Liberal Mob is Endangering America.

¡Adios, America! changed that, debuting at No. 2 on the New York Times non-fiction bestseller list and reinventing Coulter’s image. The younger pundits who were eclipsing her have been thrown for a loop by Trump’s rise—Glenn Beck contributed to National Review’s “Against Trump” issue last month—and left Coulter as the voice of pro-Trump punditry. When Trump walked out on a Fox News Republican debate, Coulter, writing in the Hollywood Reporter this week, trashed Fox as “trivial and self-important” and praised Trump as the only candidate who “takes principled stands.” Trump fans can count on her to defend their idol against mainstream conservatism.

If Trump is pulling Coulter back into the limelight, she might end up pulling a lot of other people in with her. The Southern Poverty Law Center pointed out that Coulter “routinely cites white nationalists” in ¡Adios, America! In an interview with Chronicles magazine, she stated that one of her key inspirations for writing the book was Alien Nation author Peter Brimelow, who recently called for the expulsion of Muslims from the U.S. and declared “whites are America.” A year ago, such associations seemed like a bad move for a mainstream conservative. But, thanks to Donald Trump, Ann Coulter might be the head of the new conservative mainstream.