How the Democrats' plan to win without whites went so wrong

The Democrats have been waiting decades to build a coalition without racially conservative whites. They're still waiting. 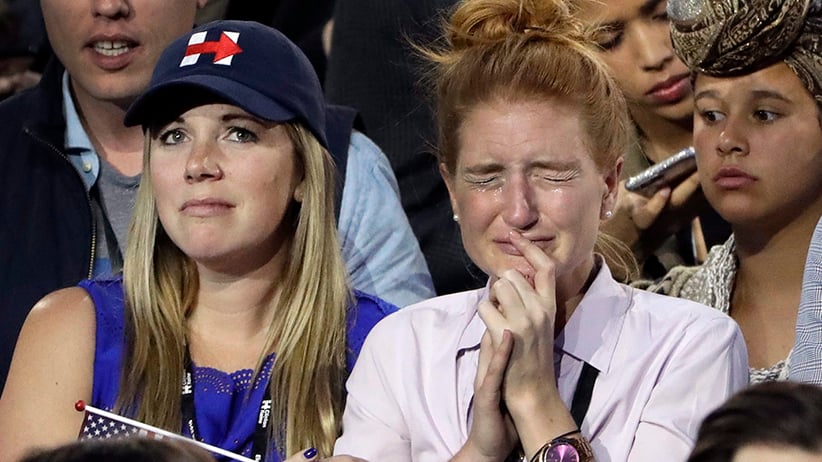 Which public figure do you think made these comments about immigration? Donald Trump? Steve Bannon? Pat Buchanan?

All Americans, not only in the states most heavily affected but in every place in this country, are rightly disturbed by the large numbers of illegal aliens entering our country. The jobs they hold might otherwise be held by citizens or legal immigrants. The public service they use impose burdens on our taxpayers… Secure our borders more by hiring a record number of new border guards, by deporting twice as many criminal aliens as ever before, by cracking down on illegal hiring, by barring welfare benefits to illegal aliens.

It was Bill Clinton, delivering his State of the Union address in 1995. No Democrat would say things like that in 2016; even most mainstream Republicans wouldn’t until Trump came along. The fact that Clinton felt he had to talk that way in 1995 provides a clue to one of the big themes of the Hillary Clinton campaign and why it didn’t work: she was trying, for perhaps the first time, to put together a winning Democratic coalition that didn’t have to include culturally conservative white people.

When the Democratic Party has held power, it’s often been as an uneasy coalition of liberals and conservatives, people who want a more diverse America and people who don’t. The Franklin D. Roosevelt coalition, which dominated U.S. politics for more than 30 years, depended on support from minorities and white supremacists. After the white supremacists were alienated from the Democrats because of the party’s support for civil rights, some Democrats saw this as an opportunity to create a coalition that would be more culturally liberal and more durable. As Matt Stoller explains in an important article on the death of white populism in the Democratic Party:

With the help of strategist Fred Dutton, Democrats forged a new coalition. By quietly cutting back the influence of unions, Dutton sought to eject the white working class from the Democratic Party, which he saw as “a major redoubt of traditional Americanism and of the antinegro, antiyouth vote.” The future, he argued, lay in a coalition of African Americans, feminists, and affluent, young, college-educated whites. In 1972, George McGovern would win the Democratic nomination with this very coalition.

We all know what happened to McGovern in the general election. For a long time after that, Democrats could only win the presidency with Southern governors like Jimmy Carter and Bill Clinton—men who kept the McGovern voters but didn’t alienate conservative white people in rural areas. This was the thinking behind Bill Clinton’s famous “Sister Souljah moment”: by criticizing a black rapper for what he claimed were anti-white comments, he sought to defuse accusations that the Democratic Party was the party of “reverse racism.” Even Barack Obama in 2008 had to make some gestures to cultural conservatives: he and Hillary Clinton both claimed to oppose gay marriage until it was absolutely clear that they wouldn’t pay a political price for supporting it. There was always the sense that Democrats could not win without some support from the Nixon voters, the Reagan Democrats—call them whatever you want, the Democrats needed them.

But in 2016 it seemed like everything was finally in place for Fred Dutton’s dream to come true. Changing U.S. demographics meant that white voters were a smaller share of the electorate than they were from the 1970s through the 1990s. The Republicans had been mostly unable to gain any appeal beyond white voters, and the nomination of Trump threatened to make that even worse. Under Obama, the Democrats had emerged as the party of the future, whose coalition encompassed the groups that were on the ascendant: people of colour, single women, non-religious people. Under Trump, the Republicans were stuck with trying to turn out conservative white Christians, and there were no longer enough conservative white Christians to give them a majority.

Which is why Hillary Clinton’s campaign was almost devoid of the outreach to conservative whites that her husband used to do in the 1990s, and that even she used to do when she ran against Obama in 2008. Though her comments about half of Trump voters being “deplorables” were not intended to be public, they did reveal some of the thinking behind the campaign, as insiders explained to Politico‘s Bill Scher:

By squarely siding with civil rights activists who demand that racism be forcefully confronted, she’s making clear that she views her path to victory doesn’t run through the white working-class vote. Rather, she’s making a bet that the makeup of 21st-century America allows her to do something no Democratic nominee, not even Barack Obama, has done before: win the White House without winking at white grievance.

Clinton’s young, data-driven staffers seemed to like this approach. When Bill Clinton advised them to work harder on getting white working-class votes, he was reportedly dismissed and informed that the Democrats would never win most of those voters back. The Clinton campaign instead worked hard to win educated suburbanites who usually vote Republican for economic reasons, but might be alienated by Trump: they were more natural parts of the new coalition the campaign hoped to build.

Well, we all know what happened there too. Like many strategies, this one wasn’t entirely mistaken. The Clinton campaign was right to believe that their coalition was a majority of the electorate: they won the popular vote, after all, and the Republicans have won the popular vote only once since 1992. They miscalculated, though, in believing that the Obama coalition would show up in the same numbers as they did under Obama: the campaign’s message mostly revolved around fear of Trump, and it turned out that Trump had been “normalized” in the sense that a lot of people didn’t see him as any scarier than any other Republican. And they miscalculated in believing that Trump couldn’t win the so-called Rust Belt states. Culturally conservative white people don’t have a majority in the U.S., but they still have the political power to swing elections if they can be mobilized. John McCain and Mitt Romney couldn’t mobilize them, and Trump could.

One of the big fights in the Democratic Party now will be how—or even whether—to get back some of these white voters. (The Democrats can’t win the white vote, but they can win if they improve their standing among white voters, just as George W. Bush won in 2004 by briefly improving the Republicans’ standing among Latino voters.) Some Democrats will be arguing for a repeat of the Bill Clinton strategy: move right on social issues, distance themselves from liberal policies on crime and immigration, and generally try to sell what Dutton called “traditional Americanism.” But others would see these shifts as a moral betrayal of anti-racism. Plus, it might not even work: the Democrats’ base was already depressed this year, and trying to reach out to conservative whites would depress them further, while gaining few votes in the process.

One possibility might be to reach some of the same conclusions conservative whites do, but from a liberal perspective. Bernie Sanders, for example, has been against the idea of “open borders” and has warned of immigration’s impact on wages—but without the xenophobia that comes through in some of Trump’s comments on the issue. Would enough Trump voters switch back to the Democrats if Democrats spoke their language on immigration, but drained it of explicit racial appeals? It’s hard to say. But it’s clear that Democrats haven’t yet reached the point where they can win without these voters. The dream of 1972—of a winning coalition that doesn’t have any “deplorables”—is still just a dream.