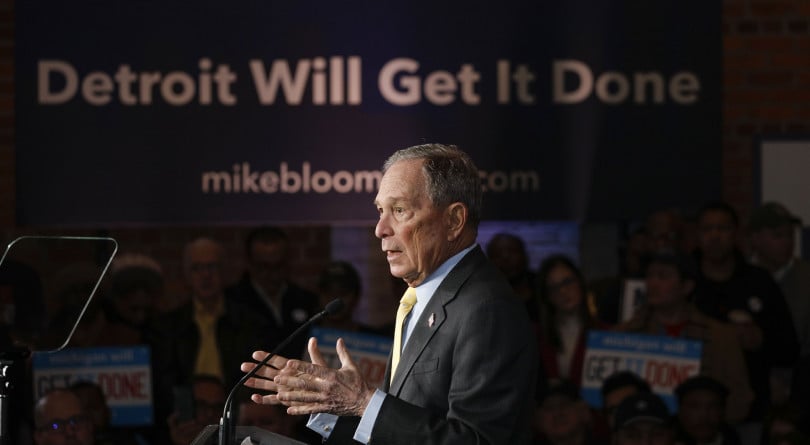 New Hampshire (hopefully) won’t be the new Iowa: Tonight is the New Hampshire primary, the first conventional primary of the race, and Democrats are hoping to avoid a repeat of the Iowa fiasco. New Hampshire officials and experts predict that they probably will, for at least two reasons, according to Politico. One is that “the voting and counting will take place using familiar equipment that has been in place for years”—not only isn’t there a new app, but most of the voting is on paper. The other reason for optimism: while the Iowa caucuses were run by the state Democratic party, the primary is run by “state and local election officials,” who are generally more trusted than state parties. However, the state’s old-fashioned election approach extends to some election-reporting websites that use out-of-date tech. So it’s hardly guaranteed that there won’t be any glitches in reporting the results; it’s just that if things go wrong, they’ll go wrong for different reasons.

Is Bloomberg the new Biden?: If Joe Biden has a bad night in the New Hampshire primary, a possibly-decisive question is who will get the older, moderate or conservative African-American Democrats who up until now have made Biden their choice in the polls. A new Quinnipiac poll suggests that it might turn out to be Michael Bloomberg. The poll shows Sanders opening up a lead over Biden (Biden led in the last pre-Iowa poll), thanks in part to a collapse in African-American support—but much of that support appears to have gone to Bloomberg, lifting him up to a tie for third place overall. Biden didn’t seem to suffer for supporting crime policies that disproportionately affected African-Americans, and the same may be happening with Bloomberg, who could wind up being the new choice for voters who find Republicans unacceptable but are to the right of most younger Democrats. Or as The Atlantic‘s Derek Thompson puts it:

“Essentially, Joe Biden has been a holding station for the non-Millennial Obama coalition, which is currently en route to Bloomberg.”

Klobuchar gets singer’s endorsement: If Biden burns out, another option for moderates would be Amy Klobuchar, whose polling and fundraising have improved in the wake of a good debate performance. Singer and moderate Democrat Clay Aiken, of Amerian Idol fame, has already announced that he’s switching his support from Biden to Kobuchar, explaining that though he has been a longtime Biden supporter, he finds Klobuchar is the only candidate who has all the qualities required to beat Donald Trump.

Calling IT support: While waiting to see if Biden will collapse, ex-Mayor Bloomberg is trying to round up Silicon Valley talent for his campaign. On Monday, Bloomberg’s top people held a conference call with “hundreds of tech leaders,” asking them to tell their best employees that the Bloomberg campaign is hiring—though they made it clear that they’re looking for full-time commitments, not consultants. In addition, they asked Silicon Valley leaders to promote Bloomberg, dubbing one Lyft executive “tech leader of the week” for a Facebook post that praised the candidate. About the only thing the campaign didn’t ask for was money, but that’s the one thing it doesn’t need.

Trump announces Republican initiative: While waiting to see which Democrat will oppose him, President Donald J. Trump released his suggested budget for 2021 (which, like most suggested presidential budgets, may have no resemblance to what actually gets passed). Trump was elected in part by promising not to cut entitlement programs like Social Security and Medicare, programs of particular interest to older voters. And the current proposal appears to leave them mostly alone, except for some Medicare changes that CNN says “would largely affect doctors and hospitals.” The budget is harder on Medicaid, the program targeted to poorer Americans, and calls for a big cut in food stamps. It may be a 2021 budget, but the priorities are very 2020: many old people vote Republican, but fewer poor people do.