Luiza Ch. Savage on the power of autographs, in-person signings and publicity's whirl 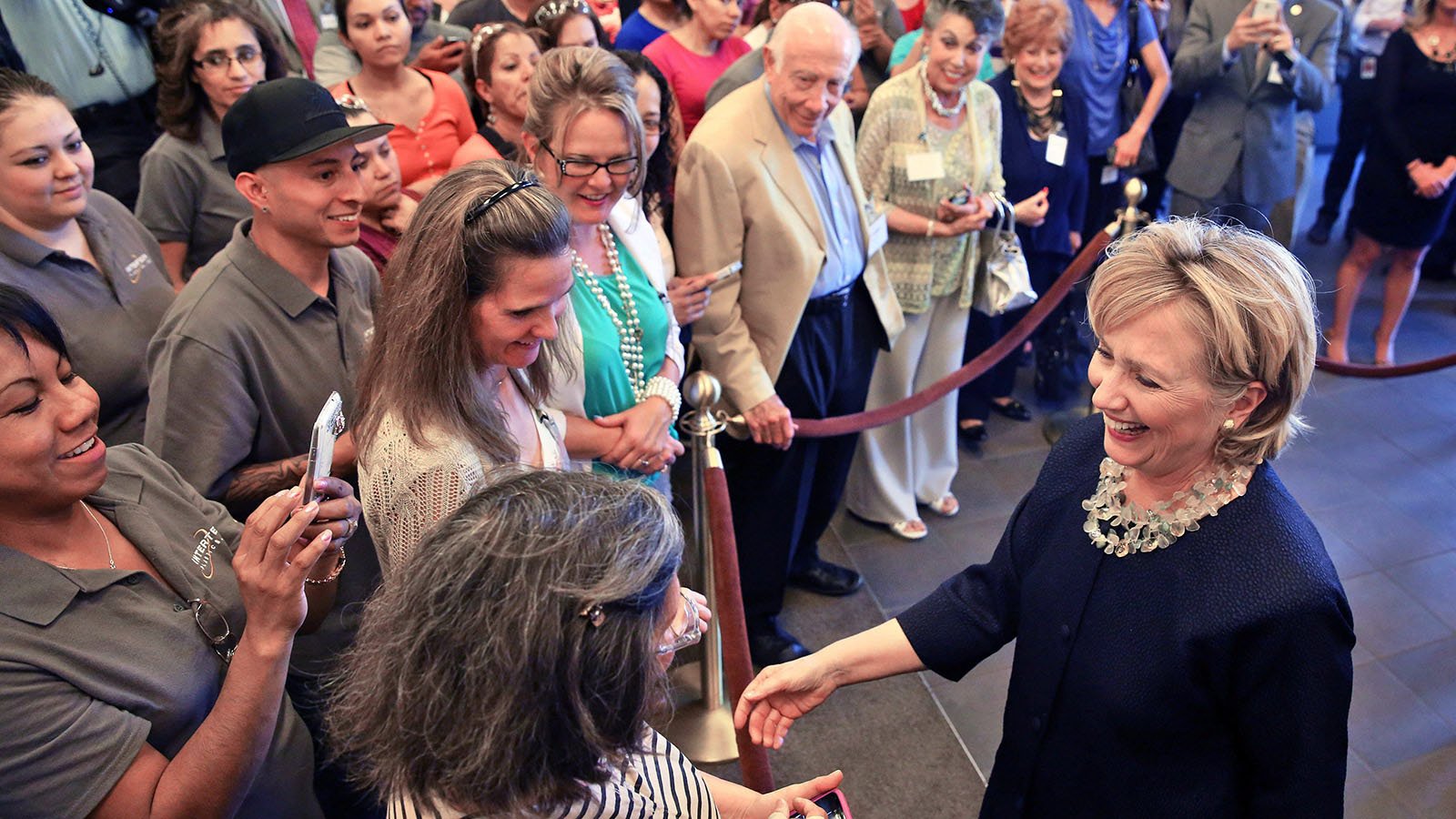 As she tours the U.S. to promote her new memoir, Hard Choices, Hillary Clinton is taking an important step in the presidential campaign she hasn’t yet decided to launch. A cross-country book tour and flurry of network television interviews give her a chance to tell her story to voters, but also to find, catalogue and monetize her supporters (hint: they’re the ones standing in the autograph line).

Her book focuses primarily on her time as Secretary of State—defending her actions during the deadly raid on the U.S. consulate in Benghazi, Libya, for example—and disclosing policy differences with the President, such as the claim that she tried and failed to persuade Barack Obama to train and arm opposition fighters in Syria.

Clinton is using book-related interviews to make herself relatable to average Americans by pleading post-presidential poverty when asked about her lavish speaking fees (she has reportedly made $5 million and Bill Clinton over $100 million). “We came out of the White House not only dead broke, but in debt,” she told ABC’s Diane Sawyer in an interview, noting her husband’s impeachment-related legal fees. “We had no money when we got there, and we struggled to, you know, piece together the resources for mortgages, for houses, for Chelsea’s education. You know, it was not easy.”

Whether viewers are moved by the hardship of maintaining two multi-million-dollar houses in New York and Washington is unclear. But no matter, Clinton is in a strong position. A new Washington Post poll suggests that 69 per cent of Democrats want her as their candidate. “Ready for Hillary,” a political action committee run by her allies, has already raised $5.8 million and spent $4.8 million on advertising and direct mail aimed at building a network of Clinton supporters.

The book tour will strengthen that effort, said Robert Gibbs, the campaign manager who helped Obama turn his own book tour for The Audacity of Hope into a high-tech, grassroots presidential campaign.

In-person book signings will enable her aides to identify potential donors and volunteers. “She’ll have not just a very, very robust book website, but an entire digital strategy,” Gibbs told Politico. “They’ll use all these events to acquire information that can later be purchased by some political entity—whether it’s her campaign, or a super PAC, or both.”

The autograph line will be crucial. “Knowing who’s in that line, and where they live and how to cultivate them—my guess is they’ll do a lot of that.”