Of course Mike Pence's NFL trip was a stunt. The whole presidency is.

One photo, less than 1,000 words: Republican enablers can’t distance themselves from Trump’s farce 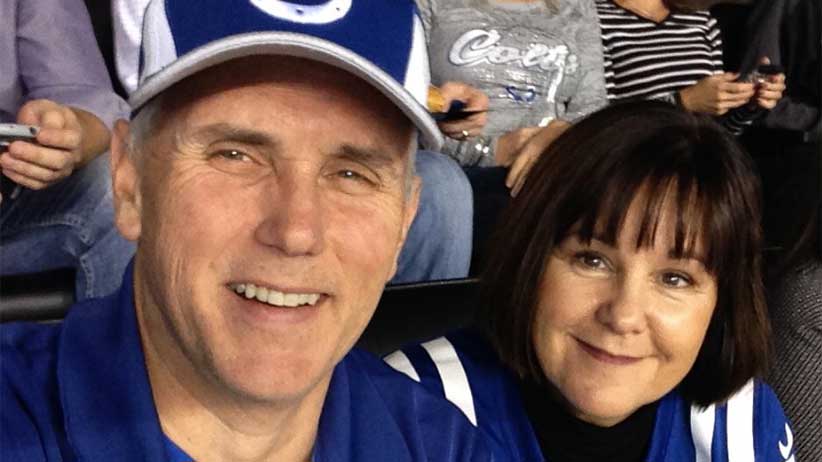 Who is responsible for Donald Trump? According to Senator Bob Corker, who tweeted Sunday that the White House has become an “adult day care centre,” not him—anymore. Corker, as some might recall, was in April 2016 one of Trump’s backers, going so far as to commend him on the foreign policy speech then-candidate Trump made one now-infamous evening at the Mayflower Hotel in Washington, D.C. That was the night Trump laid bare his America First foreign policy, and when he and Jeff Sessions (now Trump’s attorney general) attended the same reception as then-Russian ambassador Sergey Kislyak.

Corker, the Republican chair of the Senate committee on foreign relations, said at the time that Trump “delivered a very good foreign policy speech in which he laid out his vision for American engagement in the world.” That endorsement, as well as others from other establishment Republicans, helped transform Trump from simply being the voice for the party’s angriest fringe to the eventual candidate. Corker was a key part of the effort to “mainstream” Donald Trump.

It was perhaps for that reason that Corker had initially been considered as a candidate for vice president. But that job ultimately went to Mike Pence, the former governor of Indiana, who was also chosen for his ability to align Trump with the more traditional Republican power base and bring credibility to Trump’s outsider campaign.

On Sunday, shortly before Trump and Corker entered into a verbal spat on Twitter, Pence tweeted that he and his wife were “Looking forward to cheering on our @Colts & honoring the great career of #18 Peyton Manning at @LucasOilStadium today.”

Looking forward to cheering for our @Colts & honoring the great career of #18 Peyton Manning at @LucasOilStadium today. Go Colts! pic.twitter.com/C3aCYUNpqG

Attached to the message was a picture of Pence and his wife, Karen in the stands at an Indianapolis Colts game—a photo, the Indianapolis Star quickly noted that was from 2014. Pence had reposted it, and added a filter to enhance the blue Colts colours.

The big deal is not that Pence went to Sunday’s game, but that he left it—and that he left it so early. Pence tweeted later that he’d departed after the national anthem, “because @POTUS [ie. Trump] and I will not dignify any event that disrespects our soldiers, our Flag, or our National Anthem.” To be more specific, Pence left because some players on the field chose—as they have for a few weeks—to take a knee during the anthem in a protest to racial injustice in the United States (not, for the record, against the flag or the anthem itself).

As unusual as Pence’s own protest initially seemed, the story was complicated further by two more tweets. First, Trump tweeted that he had “asked @VP Pence to leave [the] stadium if any players kneeled, disrespecting our country. I am proud of him and @SecondLady Karen.” Then, NBC News’ Peter Alexander tweeted that reporters following Pence “were told to stay in [the] van [because] ‘there may be an early departure from the game.’”

Was Pence’s whole trip from Las Vegas to Indianapolis to attend the game just a stunt—one that may have cost American taxpayers nearly a quarter of a million dollars?

In the ongoing weirdness of the Trump era, this incident is one of the least weird we’ve witnessed. Yet, it’s the first truly weird thing to occur that involves Mike Pence directly. Prior to Sunday, Pence had all but avoided being drawn into the centre ring of the Trump circus, instead choosing to stand in the wings, occasionally making appearances wherein he appeared more presidential than the president.

What changed? The answer, sadly, is nothing. Mike Pence is the most striking incarnation of the split personality that now resides within many Republicans in D.C., and elsewhere: no matter how much they try to distance themselves from Trump, they are his enablers. Only for so long can establishment Republicans attempt to walk a tightrope between what politics once was, and what Trump has now made it. In the end, the gravity of Trump—the weight of what he has done to the presidency, turning it into, as Corker told the New York Times Sunday night, “a reality show”—will always pull them down to Trump’s stupid side of things.

Was Pence’s Season 1: Early NFL Game Walkout episode, with all its broad moralizing and its dramatic plot twist, a stunt? Of course it was. The whole presidency is.