Photos: Michelle Obama and Sophie Grégoire-Trudeau hit it off 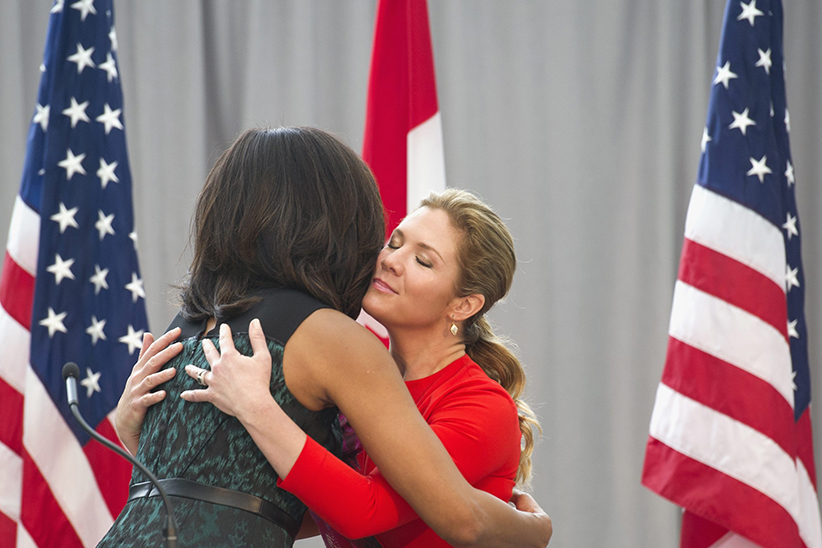 WASHINGTON — Sophie Gregoire-Trudeau and Michelle Obama joined forces on Thursday to highlight an American project to help adolescent girls get a quality education.

Obama told the event at the U.S. Institute for Peace that some 62 million girls around the world are currently not in school.

A year ago, the Obama administration announced the Let Girls Learn program.

It is designed to build on investments in global primary school education and to expand them to help adolescent girls pursue their ambitions.

“I know we can get the world united around this issue and change the fate of these 62 million girls forever,” Obama said. “We can do this.”

Canada also understands that gender equality and gender empowerment should be a top priority, Gregoire-Trudeau said.

She also said an educated society leads to more peace and justice.

“As (Obama) said so well, Canada knows that for a society to be prosperous and more just and more peaceful, women and girls must be educated,” said Gregoire-Trudeau.

Obama called Gregoire-Trudeau an inspiring role model in Canada and around the world _ not to mention beautiful and funny.

“She’s got a great sense of humour,” Obama said. “She’s cracking me up.”