What the Republicans can learn from Stephen Harper

Our editorial: If the U.S. Republican Party is to survive Donald Trump, it should look to the reinvention of Canadian conservatism after 1993 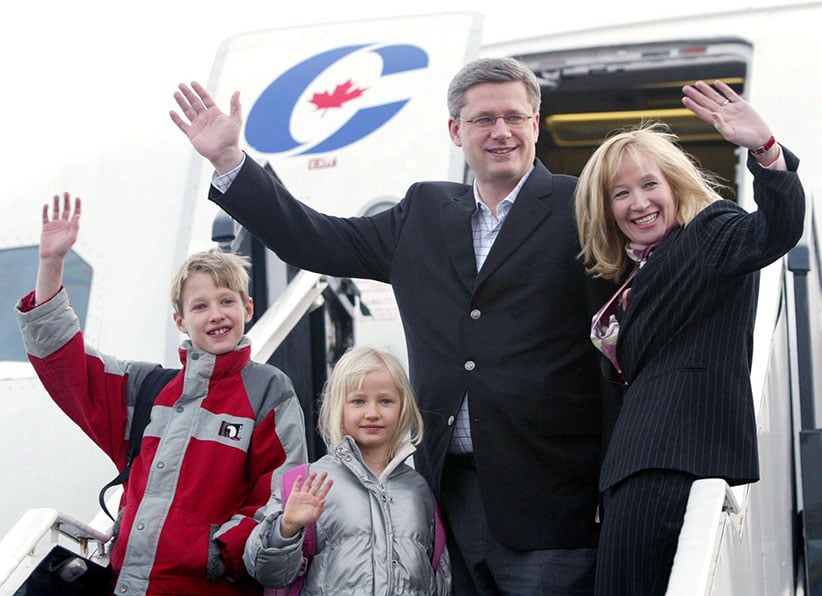 With each passing outrage, policy gaffe and character flaw it seems increasingly unlikely Donald Trump’s self-declared reputation as a winner will survive the 2016 United States presidential election. The bigger issue now is whether the Republican Party can survive Donald Trump. If the American conservative movement finds itself breaking apart, perhaps Canada has some lessons to offer.

The rise of Trump has created exceptional disorder within the Republican Party, which has long prided itself on methodical succession plans and candidates who wait their turn. (Sometimes waiting too long—viz. Bob Dole in 1996.) As the old saw goes: Democrats fall in love while Republicans fall in line.

Trump quickly bullied his way to the top of the ballot with an angry brand of populism. In the process he also upended the party’s standard policy playbook. Familiar Republican orthodoxies such as support for free trade, immigration, entitlement reform and the promotion of democracy abroad have been tossed in favour of protectionism and isolationism. In directing his message at voters who were economically anxious, white, primarily male and older, Trump has also foiled Republican Party plans, hatched in the wake of Mitt Romney’s 2012 defeat, to reach out to black, Hispanic, Millennial and female voting blocs.

For all his disruptions, Trump has been sternly rebuked by the party’s old guard. Last week 50 of the Republican Party’s most experienced national security officials explicitly disavowed his candidacy. “Trump lacks the character, values and experience to be president . . .  [he] has demonstrated repeatedly that he has little understanding of America’s vital national interests,” the open letter reads. Signatories include a former CIA director, two former secretaries of Homeland Security and numerous top aides and strategists from previous Republican administrations. It is a shocking condemnation of a nominated presidential candidate by leading figures within his own party. What are the long-term implications of this sort of internal discontent?

One possibility is that we are on the cusp of a historic—but not unprecedented—realignment of American politics. Republicans and Democrats may be centuries-old rivals, but over time they’ve swapped positions and supporters. While free trade may seem a bedrock Republican value, up until the 1950s the party was generally opposed to open borders—the infamous Smoot-Hawley tariff that put the “Great” in the Great Depression was a Republican innovation. And the South once constituted an electoral desert for Republican candidates, thanks to the party’s historical support for black rights and northern liberal values. That too changed as Southern conservative voters gradually lost faith in the Democrats and found a new home with the Republicans.

The same sort of shift may be occurring now. Trump’s focus on economic anxiety and his desire to reduce U.S. engagement with the rest of the world shares much in common with socialist Bernie Sanders’s position during his surprisingly successful run for the Democratic nomination. At the same time, Democratic nominee Hillary Clinton’s hawkish reputation as secretary of state and her longstanding presence as an establishment figure in Washington may offer traditional Republican voters a greater sense of security and comfort on foreign policy and the smooth operation of government. Trump and Clinton may thus be presiding over a historic exchange of policies and voters: with the Democrats becoming a more centrist, white-collar party with a view beyond America’s borders and the Republicans adopting a populist and isolationist mantle.

The other possibility is that Trump’s disruptions could cause his party to shatter into its constituent parts: chamber-of-commerce business interests, Tea Partiers, social conservatives and Trump’s angry white males. If this proves the case, Canadian conservatives might have something to offer their compatriots south of the border.

Recall that following the 1993 election, the Canadian conservative coalition built by former prime minister Brian Mulroney also broke into several pieces: Western Canadian Reformers, Bloc Québécois separatists and traditional Progressive Conservatives. It took 13 years of bitter recriminations, ideological division, personality conflict and several embarrassing electoral defeats before anyone was able to put it all back together into a competitor equal to the federal Liberals.

When the Conservative party was finally reconstituted under Stephen Harper, it was with a platform that took deliberate aim at the vast centre of Canadian politics. The many populist hallmarks of the Reform party, such as one-member, one-vote leadership contests and a triple-E Senate reform, were quietly dropped. As were controversial issues such as abortion. While he may have become a divisive figure in the 2015 election, Harper’s plan for reuniting the party was based on middle-of-the-road policies and a Tim Hortons personality. Bland brought Canadian conservatives back from the brink. If Republicans hope to survive Trumpism they must focus on a similar need to capture the centre, however boring that may seem. Perhaps Jeb Bush has a future in American politics after all.