Round Two begins for Donald Trump. It will be messy.

Scott Gilmore: The president is facing something he has avoided much of his life: accountability. It is just the beginning of a slowly rising blue tide in America. 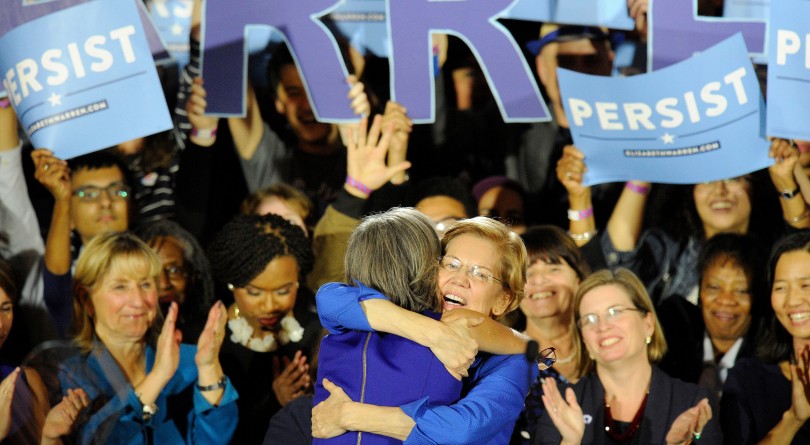 The Trump years are entering a new phase, a second round. And while the mid-term elections last night left many things the same, other things have changed dramatically. This is a new fight, and the president may not be equipped to battle through what comes next.

Canadians do not like Donald Trump. Here, distaste for the president crosses party lines. Even the most tribal members of the Conservative Party watch his race baiting and incompetence with disdain. According to Pew Research, the president’s approval rating in this country is at historically unprecedented lows.

Likewise, with the telling exceptions of Russia and Israel, the world has never held an American president in lower regard. So, last night, half of America, and most of the rest of the planet, tuned in with trepidation to see if the Democrats would blow it again. They did not, just.

The pollsters as a group got it right, aggregators, which provide weighted averages of all the polls, predicted that the Democrats were very likely to win back the House and that the Republicans were equally likely to expand their control of the Senate. And that is what happened. As I write this, the Democrats now have a 220 seat majority in the House, and the Republicans a 51 seat majority in the Senate. The blue wave did not arrive (but a blue tide is rising, and will eventually do far more damage to the GOP than anything that was hoped for last night.)

This changes many things. Trump has governed without any congressional oversight for two years now. Republican Congress members not only failed to play its constitutionally mandated role of checking the power of the presidency, in many instances they worked hard to amplify his fantastical claims (of widespread voter fraud, for example), or to prevent any investigations (into reports of foreign influence or accusations of corruption and incompetence).

With a Democratic Congress, the president will suddenly be faced with something he has mostly avoided his entire life: accountability. Congress will release his taxes. It will hold lengthy inquiries into Russian collusion. It will subpoena his family members. It will attempt to legislate many of the political norms Trump has (often gleefully) violated. It seems inevitable they will even begin impeachment proceedings. Because the president has provided them with so much political fodder, a pile of political scandals that threatens to overawe the Washington Monument itself, even a restrained Democratic party will unleash the equivalent of a dozen Benghazi inquiries.

READ MORE: How women candidates and voters turned the House on Trump

The president has not dealt with anything like this before. Needless to say, grandstanding congress members can be far more aggressive and persistent than disinterested IRS bureaucrats and breathless Fox News hosts. Bluster, bluffing and self-promotion cannot stop a subpoena or fund a wall. The results will be messy, and often dramatic, and the resulting dysfunction will bring an already barely operating Executive Wing to grinding halt. Americans will be largely ungoverned for the next two years, left to their own devices while the president battles non-existent foes on the southern border, and unrelenting enemies in Congress.

But, this new Washington, while significantly different from what we’ve witnessed over the last two years, will not be an entirely new beast. The Senate remains Republican, and the Supreme Court is now Republican and possibly openly partisan. Democratic legislation will not go far. An impeachment trial will not remove the president from the White House. The new politics of racial animus, alternative facts, self-dealing, and nepotism will not end, at least not yet.

They will end though. The Republican Party is the walking corpse of a white, male America. The election last night reaffirmed that while the GOP has succeeded in its strategy to mine a deep vein of fear—fear that women are becoming bosses, that racial hierarchies are falling apart, fear of immigrant children, of gay teens, of unmarried mothers, fear of brown skin, of Jews, of Muslims, of the United Nations, even the fear of windmills—this strategy has left the party with a passionate but shrinking base. They may have all the less-educated white men, but they have now left the Democrats with literally everyone else.

And while gerrymandering, voter suppression and rigged electoral procedures are keeping Republicans in office (last night Democrats received roughly 15 per cent more Senate votes but lost two seats nonetheless), they cannot fight demographics. Literally every day, more Republican voters die off while more Democratic voters are born. When the numbers finally reach a tipping point, when the Democratic tribe is so large that it finally overcomes all the dirty tricks and dirty politics, America will be swept from coast to coast by a rising tide of blue that may last a generation.

That was not this round, and won’t be the next either. But is not that far away. And when it comes many around the world and within the United States will feel a sense of profound relief. Sadly, though, what follows will only be less bad by a few degrees. The American political system has not kept up to the rest of the world, its archaic idiosyncrasies have lasted long enough to become dangerous pathologies. And last night, even with Democratic gains, only made that more clear.