The not-so-crazy case against Hillary Clinton

The U.S. needs someone who can be trusted to bring the country together and then forward. Hillary Clinton is not that person. 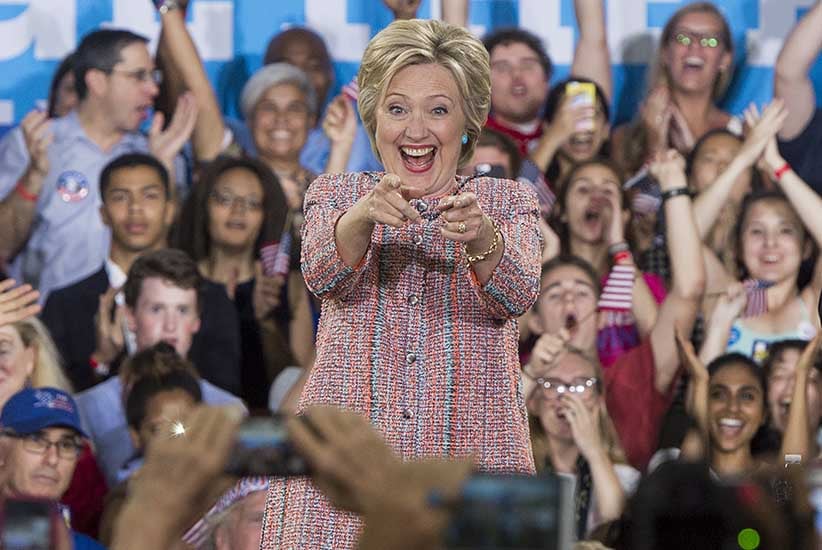 I’d like to suggest a new analogy to explain the 2016 U.S. presidential election. Imagine a county fair where the judges have gathered to award the blue ribbon to one of two prized Berkshire hogs (I could have gone with Holsteins here, but I think hogs is more likely to offend). The men and women of the jury are standing in the corral, clipboards in hand, looking over their bifocals at the two porcine contenders, and sizing up the slope of their shoulders and the shape of their snouts. A crowd has gathered and waits quietly to see which is chosen as the finer pig.

As the judging begins, the hog on the right bites the other, then knocks down his own startled farmer, tramples over him, and defecates on his chest. The wild animal runs amok, lunging into the audience, shoving his snout up the dress of a screaming lady before she can scramble over the fence. The pig then turns on the judges, and to everyone’s amazement, begins to yell at them in perfect English, letting loose a stream of ethnic insults so shocking one of the judges faints and has to be dragged to safety.

Needless to say, even though no one can even remember what the other hog looks like, she is awarded the blue ribbon by default.

That, I propose, is exactly what is happening right now. The Republicans’ prized Berkshire has run wild in ways that are so outlandish they defy satire. Who could have predicted a presidential candidate would spend so much time during the campaign insulting so many people that the New York Times would need two full pages just to list the slurs? As a result, the Democratic contender has been relatively ignored by the media, and will likely be elected simply because “she’s not Trump.”

Now, the good news: Hillary Clinton has been scrutinized before, in depth. She and her husband have been the subject of official investigations almost constantly over the last 30 years: from Filegate to her current email scandal, this woman has been thoroughly weighed in the balance and found wanting. 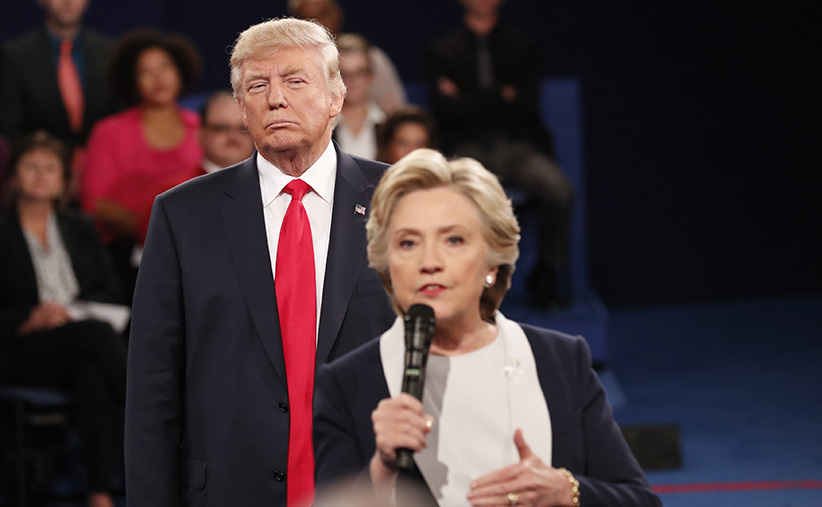 Let’s begin with the lies. The press often put it politely by writing she “tends to be less than forthcoming.” But a lie is a lie, and she is a past master at it. For example, during the investigation into her email scandal, she indignantly testified, “I never received nor sent any material that was marked classified” on her private server. The FBI quickly found that this was hogwash (and she knew it). Daniel Dale, the Toronto Star correspondent who has been tirelessly fact-checking the candidates, found Clinton lied 13 times during the debates alone. (And yet, inexplicably, she was still the most honest person on stage.)

There’s also her bad judgment. Again, the instances are endless, just drawing from a hat: how could she possibly have thought it was defensible for her charitable foundation to accept large foreign donations (or any donations for that matter), while she was running for the presidency?

Hillary Clinton has also distinguished herself, in a very crowded field, as a politician who is entirely willing to abandon strongly held political beliefs the moment it appears expedient to do so. She was vehemently opposed to gay marriage, until suddenly she wasn’t. She was an ardent believer in the importance of free trade, until politics made it more useful to be against it. In fact, after tacking to the left during the primaries, Clinton now disavows many of her own husband’s policy positions she once happily championed, such as budget discipline, light regulations, and using private sector growth as the primary driver of job creation.

All of these shortcomings have combined to make Clinton one of the least trusted politicians in America. A recent NBC poll found that only 11 per cent of Americans would describe her as “honest and trustworthy.” How low is that? Well, by comparison, twice that number of Americans have confidence in Vladimir Putin.

We haven’t even gotten to Clinton’s current campaign promises. (Mind you, if history is any indicator, these will change soon enough.) Her campaign promises are expected to raise taxes by $1.5 trillion over a decade, and to increase government spending by $1.65 trillion. And she claims that in spite of what basic math may show, this won’t increase the hobbling national debt. If I were the sort of writer who used exclamation marks, that last sentence would have ended with two.

America is a country badly divided. Partisanship has paralyzed Washington, making reform and innovation almost impossible. What the country needs is an outsider, a centrist, someone who can be trusted by both the red states and the blue to bring the country together and then forward. Hillary Clinton is not that person.

But, as it happens, Clinton’s rival, the other hog in the pen, has set the fair on fire and is currently chewing off his own foot.