Trump is a changed man? Don’t bet on it.

Evan Solomon on the danger of dismissing Trump’s rhetoric 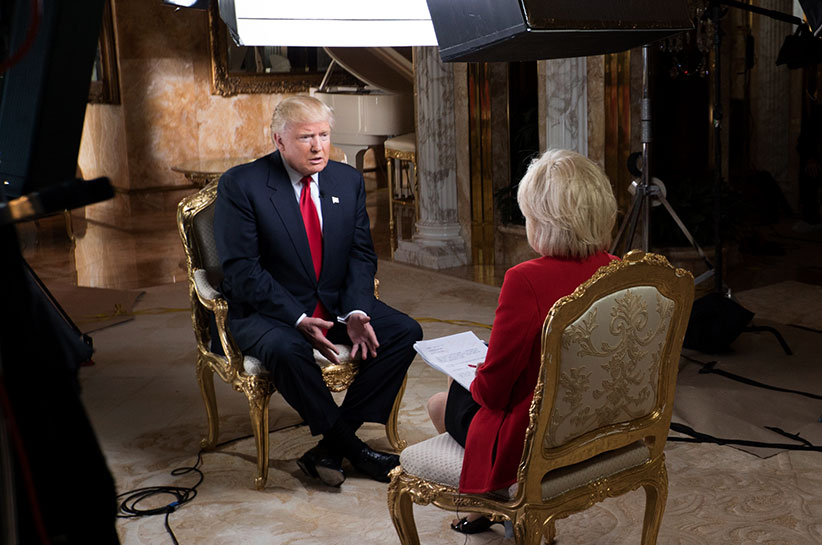 In 1971 the social psychologist Philip Zimbardo conducted an experiment to test how power affects behaviour. He built a simulated prison and recruited 23 students to play both guards and prisoners. “Recruited” doesn’t accurately describe the elaborate intensity of the process. Zimbardo actually hired real police to “arrest” students at their homes and haul them down to the “prison” where other participants were dressed as guards. The experiment was designed to last for two weeks, but it quickly went sideways.

The prisoners flipped out—let’s stick to the ’70s vocabulary—and tried to revolt. In response the “guards” took extreme measures to suppress them, including withholding food, sleep deprivation, stripping them naked and even spraying them with a fire extinguisher. “In only a few days, our guards became sadistic and our prisoners became depressed and showed signs of extreme stress,” Zimbardo wrote. He had to stop the experiment.

The Stanford prison experiment revealed how power dynamics can radically alter people’s behaviour. As Zimbardo wrote, the experiment was “a classic demonstration of the power of social situations to distort personal identities and long cherished values and morality.” I thought about the study after Donald Trump appeared on 60 Minutes, and journalist Leslie Stahl emerged from the interview claiming Trump was a new man.

“I saw quite a change,” Stahl said. “I think [Trump] wanted the public to know that he understood that he had to shift gears and pay attention to the responsibilities now.”

The “Trump transforms” narrative—or “Give Trump a chance,” whatever you want to call it—is now the standard post-election refrain. The former Republican Speaker of the House John Boehner told MSNBC, “I expect that we’re going to see a somewhat different Donald Trump.” But which Trump is the real Trump? The incendiary Trump on the campaign trail or the restrained Trump in transition?

RELATED: What will Donald Trump do for the ‘lock her up’ crowd?

Newt Gingrich, one of Trump’s closest advisers, told Face the Nation that Trump’s conciliatory victory speech and his choice of strategists reveals the emergence of a new Trump. “Those things show you steps toward stability and maturity that are very, very encouraging.”

Let’s just pause here on what this really means. Newt Gingrich suggested that the 70-year-old Donald Trump, who is about to be the most powerful person in the world, has just taken the first steps toward “stability” and “maturity.” Assuming that doesn’t unnerve you, what’s even more bizarre is to see Trump’s own supporters now arguing that Trump’s maturation requires him to break his core promises, as if his proposals to build a wall, ban all Muslims, prosecute Hillary Clinton, deport 12 million illegal immigrants, rip up NAFTA and abandon NATO were just campaign rhetoric, hardly worth remembering. It’s as if the Trump camp is now asking the media to apologize for doing exactly what Trump claimed they refused to do all along: take him seriously.

Maybe Trump will change. Recently he’s moderated some his most divisive rhetoric. But still, why buy this new transformation narrative? Doesn’t this swap one false delusion about Donald Trump, that he will never win, for another, that he will become exactly like the establishment politicians he beat? It is the classic trap of confirmation bias, where Trump’s former opponents now see him, in victory, as a reflection of their own values. Why would a man who just won the presidency, held the Senate and the House, suddenly ditch it all? Surely it’s more likely that he will fulfill his promises than break them.

Why did he appoint the controversial Breitbart News CEO Steve Bannon as his chief strategist? Is it because Bannon never actually believed the content his own company created, that he never believed the alt-right, anti-Semitic, anti-Muslim rhetoric that has frequently been enabled and supported on the site? Maybe. But why would we doubt Bannon’s sincerity? More likely he stands behind the Breitbart work he championed for so long—and so does Donald Trump. Doesn’t that make more sense than forcing ourselves to believe it was all fake?

When Trump phoned the incendiary, conspiracy theorist commentator Alex Jones of Infowars to thank him for his support and offered to come on his show, is that the new Trump or the old Trump? It’s neither. It is just Trump. After the call, Jones ranted against the “scumbag news” and the criminal, globalized elite who have, in his words, “hijacked the nation” using “weaponized media to mind control people.” They are “enemies of this country,” he warned darkly, before predicting that indictments are coming. Is Trump simulating his affection for Jones? Why would he? Give Donald Trump his due and let’s take him at his word.

The world hopes that a Trump presidency will bring stability, peace and prosperity. He is certainly more nuanced than the extreme fringes he validates and he has given a legitimate voice to a large group of pissed-off Americans. But the Stanford prison experiment revealed how easily power can “distort personal identities and long cherished values and morality.” Part of that distortion happens when we forget the facts, and dismiss what Trump said on the campaign trail. Part of that distortion happens when we try to overlook what his closest advisers have done in the past. It’s already started. Amnesia doesn’t have to be an ingredient of unity.