Trump moves to turn around his presidential campaign's ugly numbers 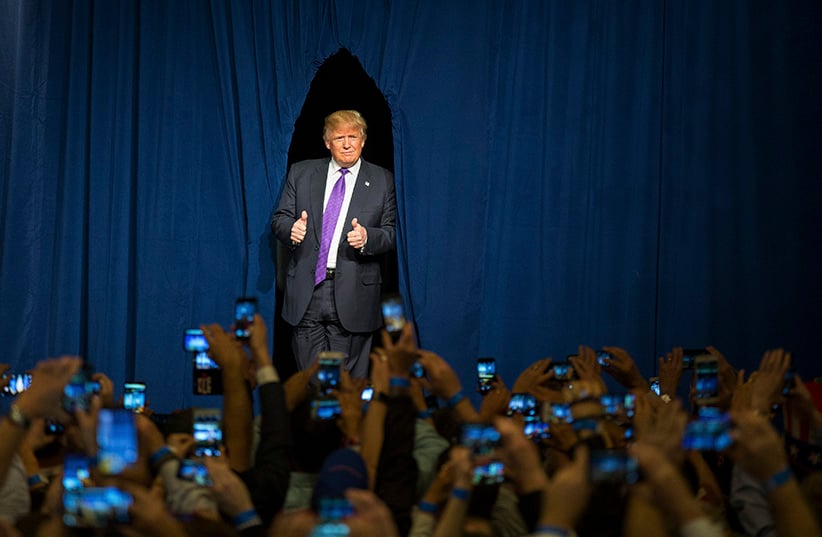 WASHINGTON – The early numbers from Donald Trump’s general-election campaign are so ugly that not even the swirliest, most sophisticated comb-over could mask their historic hideousness.

Seventeen – that’s the number of consecutive national polls showing him behind Hillary Clinton, according to RealClearPolitics.com.

Fifteen – that’s how many ad purchases from Clinton show up for every one of his this month on politicaladsleuth.com – 674 ad-buys to his 44.

Thirty-two – that’s how many times bigger Clinton’s campaign bank account is. Federal filings show her with $42 million in cash this month, to his $1.3 million. Some of his heftiest campaign expenses went to himself, like the $423,372 to rent the family’s Mar-A-Lago compound in Florida.

Trump appears determined to turn his numbers around. He’s made sudden moves to professionalize his uniquely amateurish presidential campaign.

“We’re going in a different direction because this is now different,” Trump told NBC’s Today Show on Tuesday.

He’s begun doing what any other modern campaign might have started months ago: he’s started sending out fundraising emails.

He’s also launched a rapid-response operation. His press office lurched into an uncharacteristically lively pace of activity Tuesday, pumping out nine emails in barely an hour to react to a Clinton speech.

Trump succumbed to the wishes of a party establishment eager for the turfing of tough-guy Corey Lewandowski, a desire reportedly shared by the candidate’s family.

Lewandowski had repeated run-ins with rivals in his own office and in the party’s national headquarters; he leaked dirt about other staff; and critics said his aggressive streak encouraged Trump’s worst instincts.

He’d brushed off pleas for his boss to start acting presidential, insisting the path to the White House lay in an approach he called: “Let Trump Be Trump.”

Patience for that strategy ran out after Orlando’s tragedy.

Trump gloated about his predicting more terrorist attacks, suggested President Barack Obama might secretly be a terrorist sympathizer, and barred the Washington Post for reporting on his remarks.

When one report suggested Trump might be planning to launch a news channel, some observers wondered whether his too-bad-to-be-real campaign might actually be a public-relations stunt.

Lewandowski was reportedly escorted from Trump Tower by security after being fired. In an interview Tuesday, Trump praised his ex-aide’s loyalty but conceded things needed to change.

That’s music to some Republican ears.

One party chairman in Pennsylvania welcomed news the campaign was being turned over to Paul Manafort – a polished Washington operative, lobbyist, and partisan insider with 40 years’ experience.

“The campaign needed to take a more disciplined approach,” says Dave Dumeyer, the Republican chairman for a key county in Pennsylvania.

“I think Paul Manafort is going to provide that disciplined approach. I would hope the candidate will be receptive to good advice. Somebody once said if you know the difference between good advice and bad advice, you don’t need advice – but I think everybody could probably use a bit of advice from time to time.”

Dumeyer says he’s not too worried about the fundraising. Trump sounded similarly untroubled. In a statement Tuesday he said he’d only just held his first fundraiser May 25th and already is competitive in Democrat-leaning states like Pennsylvania: “Our campaign is leaner and more efficient,” Trump said, “like our government should be.”

The jury’s still out on whether he’ll absorb advice.

A magazine profile this week suggested the campaign’s tantrum-prone culture starts at the top. It described how snap decisions get made by the profanity-spewing boss.

One source told GQ that Trump gets so riled up about bad stories that he’ll curse and insist that his staff bar the writer from events.

So while his new rapid-response unit went toe-to-toe with Clinton on Tuesday, providing professional, fact-based rebuttals of her speech on the economy with federal data that showed stagnant wages and increased use of food stamps under Obama, Trump provided a reminder he’ll never be your average candidate.

He delved back into religious trutherism. In the past he’s questioned the faith of Obama, Ted Cruz and Ben Carson. Now it’s his Methodist general-election rival.

“We don’t know anything about Hillary in terms of religion,” Trump told a group of evangelical church leaders.

“She’s been in the public eye for years and years, and yet there’s no – there’s nothing out there.”