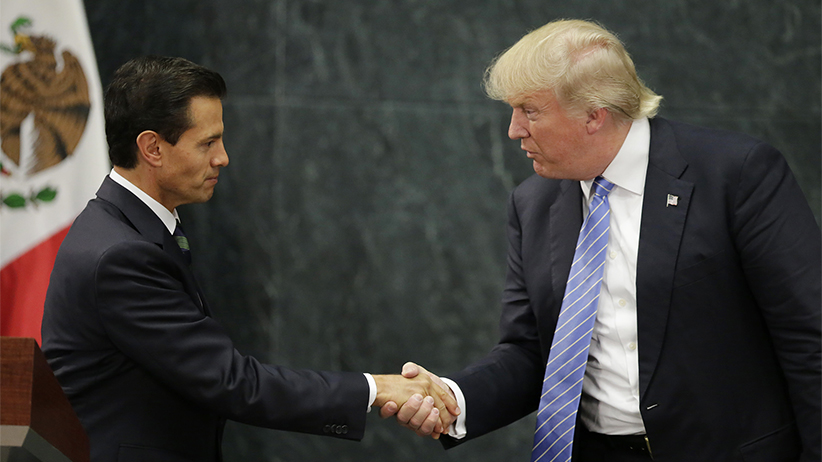 During a normal U.S. presidential campaign, Canadian foreign service and trade specialists map out the implications of a win for either side with some confidence. But the 2016 race wasn’t normal. Insiders struggled to imagine a Donald Trump presidency. Now, they won’t have to. Colin Robertson is a former top diplomat with experience in Washington, New York and Los Angeles, and is now vice-president of the Canadian Global Affairs Institute. On election night, Robertson spoke with Maclean’s as Trump’s triumph was unfolding.

Q: We’re into uncharted territory. How would you imagine the Canadian government stepping into the Donald Trump era?

A: First of all you’d look for what would come closest to this. And the closest historical analogy would be Silvio Berlusconi in Italy. Well, Jeremy Kinsman was part of the Trudeau government’s advisory committee on the foreign policy side, and he was Canada’s ambassador in Rome at the time [of Berlusconi’s period as prime minister]. If I were them, I’d be phoning him. Are there lessons from that that we can apply to this because their personalities are similar?

Q: What about the tradition of U.S. presidents visiting Canada as their first foreign trip?

A: I think you would still invite the president to come to Canada. Or, if that wasn’t going to work, then the Prime Minister would want to make an early trip down to Washington [to meet the President] and those members of his cabinet who had been named.

Q: The Republicans will end up controlling not only the White House, but likely the Senate and the House, too. What are the implications of that? For instance, aren’t there plenty of free-traders among the Republican senators?

A: Well, you have a president who is protectionist, and he will say he has a mandate from the people. You have within the Senate different factions. Yes, you’ll have free-traders, but you’ll also have others, like [Alabama Sen.] Jeff Sessions, who will say, “Our president won.”

Q: So by and large you’d expect the Republicans in Congress to follow Trump’s lead?

A: If you remember, when Barack Obama was elected, it was unitary government—[Democrat majority leader] Nancy Pelosi in the House, [Democrat majority leader] Harry Reid in the Senate. Within a couple of days, Harry Reid had said, “He’s the leader of the party, but he’s not the leader of the Senate.” So I think potentially you get [Republican Senate majority leader] Mitch McConnell saying something similar. There are checks and balances for good reason. It applied to President Obama and it will apply to President Trump.

Q: Where will Canada find itself in all this? Trump has talked tough about trade relationships, and we’re the biggest trading partner the U.S. has.

A: Would we be the first target? No. The first target in terms of trade would be China. The wall with Mexico—I don’t know how that plays out, but difficult. Burden-sharing with [military] allies? We wouldn’t be a first target, but we’d be a target. President Trump would say, “You’re right at the bottom [of the NATO countries] in terms of defence spending [as a share of GDP]. How soon can you reach your NATO target of two per cent of GDP?”

Q: So we would be under pressure to ramp up military procurement?

A: With Trump, he’s tended to talk in punchlines without the texture and detail that a normal candidate has. We’ll have to look at the fighter jet procurement and the refurbishing of the navy.

Q: You saw a lot of potential for co-operation between the Trudeau government and a Hillary Clinton administration on energy and environmental files. How might that work with a Trump presidency?

A: He’s said he would approve pipeline permits on day one. Well, it can’t happen on day one—there’s a presidential permit process that has to be respected. There’s not a current application for a permit for TransCanada’s Keystone XL Pipeline, but if that were to happen, it might move along quite quickly. Trump has also talked about taking his piece of the action. We’d want to seek clarity from his energy secretary about what that means.

MORE: Ten to watch in the Trump White House

Q: What about the climate-change file? Canada and the U.S. both committed to the United Nations Paris agreement on reducing greenhouse-gas emissions last year.

A: Prime Minister Trudeau has said we are going to move to carbon pricing. Clinton had endorsed Obama’s Clean Power Plan. That certainly is not the case with Donald Trump. That would put us potentially at a competitive disadvantage. So you would immediately start getting pressure from Saskatchewan Premier Brad Wall to reconsider, and there would be pressure from the oil patch on Alberta Premier Rachel Notley.

It would also put real pressure on the Trudeau government to get pipelines to either coast. Just being dependent on the U.S. market—Trump might use that. You’re dealing with somebody who is not conventional, not to say irrational. Bluster and blackmail is part of his history as a negotiator.

Q: You’re a veteran diplomat. Sketch the reaction in major capitals today. Will all governments be reeling?

A: Not in the Kremlin. But even in China, they crave stability, and this is not stable. The only one smiling will be Vladimir Putin.

Q: Do you think there will be any steps taken by other world leaders to try to make sure that the new president doesn’t destabilize things too much?

A: I think probably leadership would come from German Chancellor Angela Merkel, as the senior leader within the G7. I think that’s where it would start. So you’d have conversations. You could well have a polite request for an early emergency G7 meeting. You wouldn’t want to alarm. But it’s probably necessary because he’s such an unknown quantity.

Q: Where’s the comfort here? Maybe we should be thankful for the U.S. system of checks and balances you mentioned.

A: Yes, the system was designed to prevent basically a king.