What Donald Trump's win means for a Canadian in New York

A block party at Brooklyn's Clinton and President streets was supposed to celebrate the first female president. Instead, there was only silence. 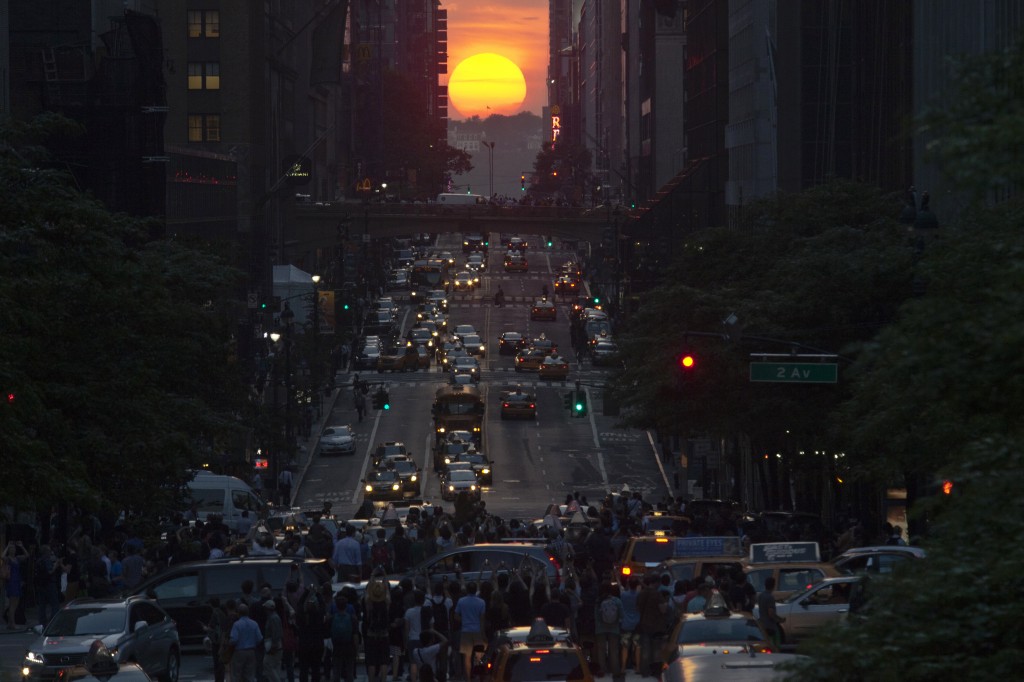 I knew by the silence.

As numbers began to form into red-state images the night of Nov. 8, like a slow-developing Polaroid, I went to sleep, hoping to wake to a different result.

But there was quiet in New York City that night, in the Brooklyn neighbourhood where I live—not far, ironically, from the corner of Clinton and President streets. A giant block party had been planned at that intersection to celebrate the nation’s first woman president.

Instead there was silence. And so I knew.

RELATED: The 10 moments that came to define Trumps ridiculous, unexpected and divisive victory

I felt the surprise down into my bones, and yet also stood apart from it, as if witnessing some out-of-body vision. After all, I’m not American, but a Canadian who lives here, having come from Vancouver for work back in 2000. This nation is sort of mine, and sort of not.

It was a different era when I first moved down. Bill Clinton was still in the White House, and the dot-com boom was making everybody rich. It all seems like centuries ago, now.

There have been many years since, and things that have changed both me and the city I live in: 9/11, for one, which damaged not only the Manhattan skyline but the psyches of all who live here. My block was close enough to be covered in thick ash, that day, carried by winds across the East River.

That morning brought me closer to New York City, and the surprising tenderness that revealed itself at its core. It was no longer just a place of work, somewhere to inhabit cubicles and cash cheques, but somewhere to live and play and build meaningful things. In the years that followed I met my wife here, and raised my children here, and slowly it became home.

The story of my life now has had New York City as its setting for 16 years. Even if I left tomorrow, the city and the country have already carved themselves into who I am.

MORE: Have Americans ever elected a political rookie as president?

That is why I thought I knew things about America, stuff my fellow Canadians back home weren’t always able to see. That there is something sweet about its hopeful character, and admirable about its incessant drive, and kind in its embrace of those of us from elsewhere. Something always forward-looking, about a optimistic nation still figuring out its adulthood.

It’s a fashion in Canada to make fun of Americans, and always has been. Kind of like how a little brother teases an older one, but secretly admires him the whole time.

Nothing about this election result is funny, though. Just sad, and quietly shattering. As if you discovered the brother you always worshipped has his own demons—perhaps ones he can’t overcome.

Maybe what I thought I knew about the American idea—the greatest idea in the history of the world, said U2’s Bono—had strayed too far from the more problematic American reality, veined as it is with a complicated map of new fears and old resentments. On election day a big nation decided to make itself smaller, more shrunken.

I still see its spirit in those who vow to stay and fight for what they thought the country was, and still could be. Others talk of Canada because their hearts lie in pieces, and they don’t know where else to turn.

Needless to say, Canada is far from perfect itself. But to many here it has come to represent something better, higher, than the assortment of grievances that have overtaken America, like multiple infections attacking a host body.

Canadians have a unique role to play in this national drama, to keep a light shining for those who need to know it’s there. Many of my neighbours, my friends, my mixed-race American sons—they fear this peculiar darkness, and what it is all going to mean.

Vancouver native Chris Taylor is senior correspondent for Reuters Money in New York City. Follow him on Twitter at @christaylor_nyc.