You can't handle the Trumpth

What Donald Trump was really trying to say about terrorism, national security, and being proven right—'bigly' 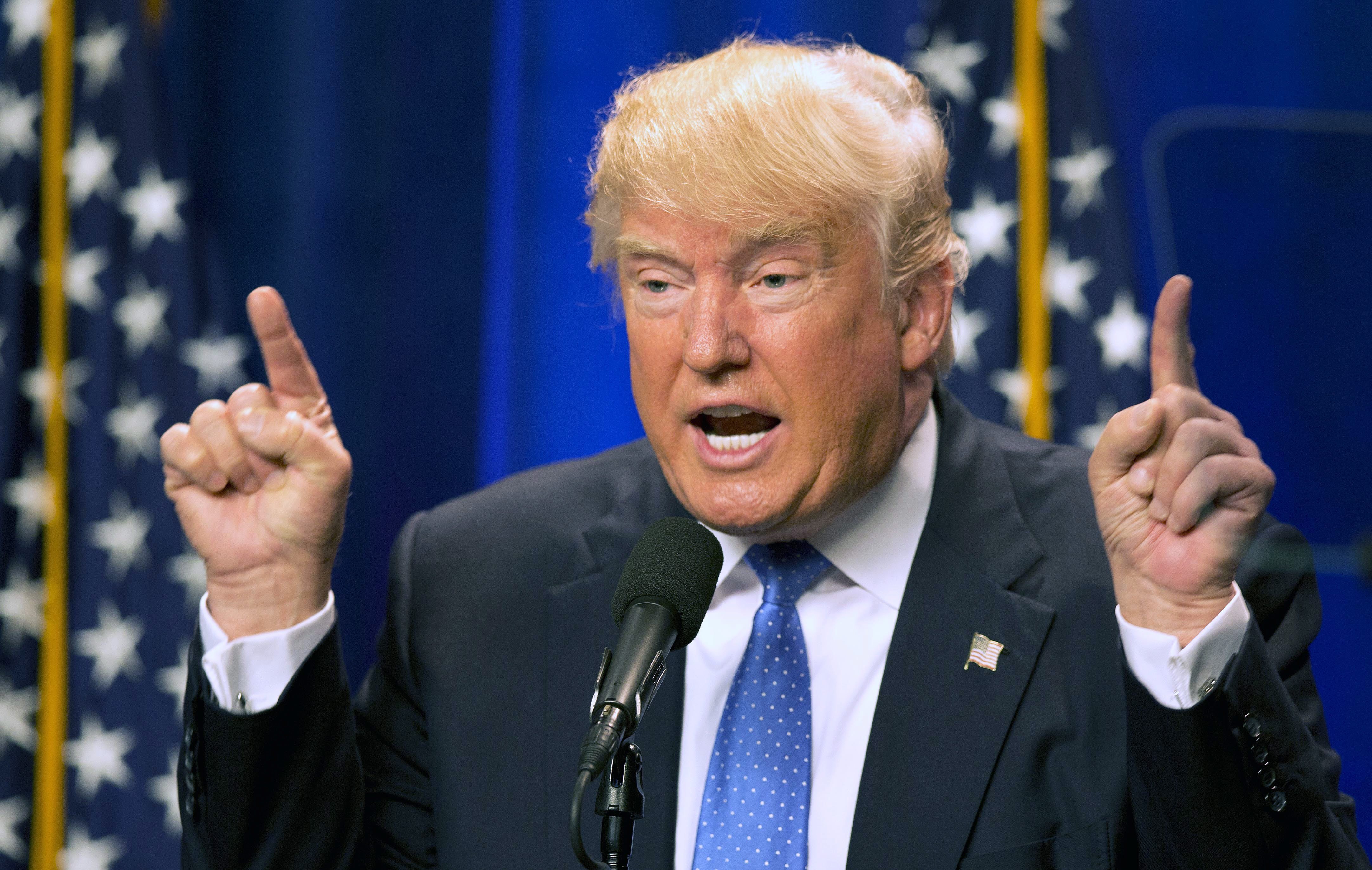 In the aftermath of the mass shooting in Orlando, Donald Trump delivered a speech on national security. How did the presumptive Republican nominee respond in this sensitive time? His words are in bold.

“Our nation stands in solidarity with Orlando’s LGBT community.” Trump used part of his speech to portray himself as a friend to gay Americans. Unless they are Muslim or act Muslim or want to get married or seem “Mexicany.”

“We need to respond to this attack as one united people… but the current politically correct response cripples [us].” We need to be united in our response, says the guy being divisive in his response.

“We’re not acting clearly. We’re not talking clearly. We’ve got problems.” Ever the savvy businessman, Trump picked up some of the phrases for this speech at a sale of discarded lyrics from Beyonce’s Lemonade album.

“If we don’t get tough, and if we don’t get smart, we’re not going to have our country anymore. There will be nothing, absolutely nothing left.” Nothing! Not even that Arby’s on 8th Avenue where Trump sends Chris Christie to fetch his lunch! Donald has truly mastered the art of fear-mongering. What’s the next level up from simple monger? Assistant Regional Monger? Executive Vice Monger? Listening to Trump fear-monger is like watching Picasso paint a canvas or Jimmy Fallon laugh at his own jokes. He’s in a league of his own.

“We have a dysfunctional immigration system… if I get in there, it’s going to change and it’s going to change quickly. We’re going from totally incompetent to just the opposite, believe me.” This is a recurring theme of the Trump candidacy: instant transformation. Vote for Donald and–poof!–millions will be deported! ISIS will be defeated! America’s teeth will be four shades whiter!

MORE: The one thing the Orlando shooting might change—unfortunately

“We have to prevent large pockets of radicalization from forming here inside America. Not complicated!” Not complicated! It’s a piece of cake–bordering on easy peasy! A few strategically gifted bottles of Trump wine will surely solve one of the most complex challenges ever to confront American leaders.

“[Hillary Clinton] wants to take away Americans’ guns and then admit the very people who want to slaughter us.” In retrospect, it was unwise of Clinton to unveil her “Fanatical Murderers First!” approach to immigration.

“I will be meeting with the NRA to discuss how to ensure Americans have the means to protect themselves.” In Orlando, shooting victims are still fighting for their lives. Families are grieving. Naturally, Trump’s priority is to sit down with Big Gun. Had he been president during the Flint water crisis, he’d have held a joint press conference with a corroded pipe.

“When it comes to radical Islamic terrorism, ignorance is not bliss. It’s deadly. Totally deadly.” Take it from the man so orange that simply shaking his hand exceeds the recommended daily allowance of vitamin C: All those imaginary politicians completely ignoring the threat of terrorism are out of their minds!

“Under the Clinton plan, you’d be admitting hundreds of thousands of refugees from the Middle East with no system to prevent the radicalization of their children—not only their children, by the way, they’re trying to take over our children and convince them how wonderful ISIS is.” Do you think they really use the word “wonderful?” That seems a little off-brand for ISIS. Hey, Liam–you should join our ruthless faction of rage-fuelled zealots. The experience is exquisite! According to Trump, Hillary Clinton has a secret plan to take away Americans’ guns, overturn the Second Amendment and spend “hundreds of billions of dollars” to welcome Muslim terrorists into the United States. Pretty convincing argument, but why stop there? Why not also accuse her of having a third arm she uses to secretly high five with the corpse of Osama bin Laden?

“Why would we admit people who support hatred?” Good point: America already has enough Republican politicians.

“Ask yourself: Who is really the friend of women and the LGBT community? Donald Trump, with actions. Or Hillary Clinton, with her words. I will tell you who the better friend is, and some day I believe that will be proven out, bigly.” Me am bigly smart! Me want get president house!

“I pledge to protect and defend all Americans who live inside our borders.” Except for the 32 Americans every single day who are killed by guns. That one’s out of his hands.

“America will be a tolerant and open society.” The key is closing our doors to all the people he won’t tolerate.

“I want to fix our schools. I want to fix our bridges. And our jobs market, we’re going to have it rocking again.” This section appears out of nowhere in the speech. I like to imagine Trump summoning his speechwriter to say, “Look, this terrorism crap is solid gold–but we need to give people a few of the greatest hits.”

“We have to form a partnership with our Muslim communities.” Hi Muslims! I’ve spent my campaign depicting you as inhuman monsters, vowing to ban your kind from our country and endangering your safety by inciting white Americans to be fearful and suspicious of you. Want to hang out?

“I refuse to be politically correct.” In the interest of consistency, he also refuses to be factually correct.

“The Muslims know what’s going on. They know that [the Orlando shooter] was bad. They knew the people in [the San Bernadino mass killing] were bad. But you know what? They didn’t turn ’em in.” There is no evidence to support any of this. But facts are to Trump what plot is to Terrence Malick. Stephen Colbert coined the term “truthiness” to describe political statements that “feel” true. But Trump transcends truthiness. His speeches are rife with outright lies and absurd fictions. In his world, there is no truth. There is only the Trumpth.

“We’re being laughed at all over the world.” That’s absolutely true–but not for the reason you think, Donald.