What is wrong with the Canadian Right? We asked the Right.

Politicians, strategists and activists discuss their side's big problems. And what really irks them about the other team. 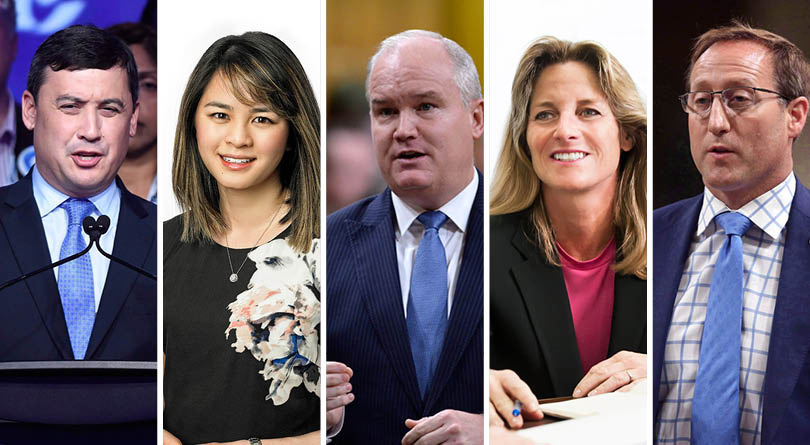 In the February 2019 edition, Maclean’s explored the increased polarization of Canadian politics by publishing dueling cover stories asking “What’s wrong with the right?” and “What’s wrong with left?” (More on why we did this can be found here.) To further the discussion, we contacted politicians, political staff strategists and activists. We asked two questions: What’s wrong with your side? And what really bothers you about the other side?

What is wrong with the right today?
The right has witnessed the political success of those who stoked the anger of those who have been left out, or left behind. As a result the right too eagerly eschews solutions for rhetoric. This risks missing out on both the correct solutions for those left out or behind, and the longer term political success that would follow from doing the hard work to find those solutions.

What really bothers you about the left?
The utopian solutions of the left presuppose human nature as people want it to be (perfectible) rather than how it actually is (fallible).

What’s wrong with the right today?
Conservatives today have an image problem: We’re seen as climate change deniers, white nationalists, homophobes… the list goes on. Those of us involved in the Canadian conservative movement know that this isn’t the case; however the conservative narrative often gets hijacked by a small, but loud, minority which end up dominating media coverage for saying what mainstream Canadians would deem to be “crazy.” The stereotypes which have plagued conservatives for years are not going away. It is up to the leaders and elected officials of conservative parties to take back this narrative by putting forward principled, strong policy positions that show Canadian why conservatism can and does work. Conservatism is at it’s best when it puts forward positive ideas, not slinging mud.

What really bothers you about the left?
My experience with progressives is that I’m made to feel guilty for being a conservative based on my identity. People would generally stereotype a woman who is young and a visible minority to be more progressive, and when they find out this is not the case, my intelligence or sanity are insulted. I will be told that my political colleagues, mentors and friends are racists by strangers who do not know these people. My judgment is questioned by individuals who find it so easy to hate conservatives based one one or two bad eggs. I’d like progressives to respect the decision I’ve made to support conservative parties. We can disagree on policy, but being a conservative does not make me or my friends bad people.

What is wrong with the right today? What really bothers you about the left?
I think a better question is what is wrong with politics, both the left and the right. I would argue that politics is currently far too personal and aggressively partisan. There is a black and white approach to political discourse. ‘If you aren’t with us you are against us’ ‘if you don’t believe this, you are not one of us’. This mentality is present among all parties and all ideological divides.
The right too often refuses to value diversity of opinion—if you aren’t a litmus-test conservative checking all the boxes, then you are suspect. Consequently we on the right have a tendency to ‘eat’ our own.
Far too many on left refuse to value any opinion but their own – there is a tendency to believe that the only opinion that should be permitted is a left-wing opinion. If you don’t share it then you are a deplorable whose election should be overturned or your right to speak curtailed.
Instead political leaders and parties should have vigorous debates about ideas and solutions to the problems Canadians face. Differences of opinion should be encouraged because they drive better ideas – even within parties. So too can the occasional collaboration across party lines. I don’t suggest that compromise and capitulation be the basis of political platforms – quite the opposite because voters need and deserve a clear choice. It’s important to stand up for what you believe in. But we need to respect our right to disagree and to do so on the basis of ideas, not personal attacks. Like with the bbq, sometimes a little less heat makes for a better steak.

What’s wrong with the right today?
Pervasive ‘progressive’ messaging from the Liberal government and many in the media has caused some Conservatives to worry that conservative policies might jeopardize the party’s electoral prospects. That is a mistake. Policies that enhance economic growth, resource development, jobs, middle class prosperity and national security will be welcomed by Canadians. They are fed up with leftwing ideology, political correctness and identity politics and hunger for common sense and practical ideas that will deliver results for everyone.

What really bothers you about the left?
The profound sense of entitlement and moral superiority of the left. Remarkably, it is undiminished by Liberal policies they favour, which resulted in breathtaking failures – endless and sizeable deficits during a period of economic growth, an energy industry that is struggling even though it sits on the third largest proven oil reserves on the globe, a costly and ineffective carbon dioxide tax and green regulations that have no chance of meeting our Paris Accord commitments and foreign policy blunders and self-righteous hectoring that damaged relationships with our two biggest trading partners, the world’s largest democracy and a variety of allies.

What’s with the right today?
The problem with the right is they continue to think and care only of their base and taxpayers. Time has come for them to think about all citizens to be truly worthy of governing.

What really bothers you about the left?
The problem with the left is that they continue to focus on macro social engineering projects for the so-called greater good when average, hardworking families just want some relief from the crushing financial pressures of their everyday lives.

What’s wrong with the right today?
The challenge faced by the Canadian right (centre and more extreme), is its denial of its historical commitment to growing multi-diverse populations and a responsible approach to the environment. Mindless opposition to the reasonable pricing of pollution or shrill angst over modest numbers of asylum seekers betrays the historical commitments of Conservatives like Diefenbaker, Clark, Davis, Mulroney and Lougheed. The Canadian Bill of Rights, the battle against acid rain, the welcoming of 60,000 Indochinese refugees, all reflect the best of the inclusive and politically successful Canadian Conservatism. The mistaken belief that issues can only be addressed by senselessly lowering taxes, betrays a premise that treats Canadian voters as ill-informed. Purporting to be “for the people” is lousy cover for incompetence that reflects shallow, fact-free
excess federally or provincially.

What really bothers you about the left?
The challenge on the left is of tone and condescension. Presumptive intellectual superiority on the environment, tax reform, smaller government or relations with China does not build enduring public support or grass roots enthusiasm. Nor does under-selling innovations like the Child Benefit, Senate reform or, in BC, welfare modernization. Politics is not about being smug and self-reverential with a know-it-all attitude; it is about working to persuade and encourage change where necessary by reaching out, not turning in.

The Canadian right and left both fail the test of strategic realism and frank discussion of
the exigencies a G7 country needs to embrace. Our armed forces are under provisioned; it needs to be twice its size if we are to have a foreign policy that reflects Canadian values. Our international development budget is embarrassingly small. Both right and the left avoid the frank talk on these instruments of sovereignty so that Canada’s economic and political interests can be advanced by whomever is elected in October.

What’s wrong with the right? What really bothers you about the left?
Too often conservatives try to control culture while liberals try to control speech. We need to find our way back to a pluralistic politics that puts freedom at the center of our society.

What is wrong with the right today?
There are some voices on the right that are not Conservative in any way, but they are described that way. Therefore, Conservatives need to clearly articulate what defines our movement and call out voices that don’t represent us.

What bothers you about the left?
There is a pretentiousness to some voices on the left. Rather than just advocating for their policy views over the policies of others, there can be a condescension that their views are morally superior.

Graham Fox
Former chief of staff to Rt. Hon. Joe Clark and former candidate for PC Party of Ontario, leader of the (non-partisan) Institute for Research on Public Policy.

What is wrong with right today?
It is tempting to reduce the challenge of the right to the struggle between the moderates and the harder right. I think that’s a mistake. The real challenge of the right is resisting the false promise of populism, which is neither left nor right. Rather than see it as a moderate-harder right thing, I think it’s more useful to see it as a struggle between those who see politics as an opportunity to solve serious problems, and those who would rather campaign on gimmicks and empty slogans.

What bothers you about the left
The challenge of the left is resisting the presumption that it—and only it—holds all the answers to the policy challenges facing governments, and that there is something inherently wrong with the character of those who might hold another view.

What is wrong with right today?
The stereotypical impression of the right is they are overly traditional or set in their ways. Infighting and finding compromise in certain area can be difficult on the right. This tends to lead to internal divisions and the appearance of disunity and lack of cohesion, which can make it difficult to communicate coherently with the public.

What bothers you about the left
There is a false sense of purity and virtuous motive on the left which is often expressed in a righteous and sanctimonious way. This gives way to a tendency to vilify and demonize in very personal terms those who disagree with their stated positions. There is also an entitlement mentality to govern and any one else being in the position to lead is illegitimate.