What use is the children's fitness tax credit?

What exactly is the children's fitness tax credit accomplishing? 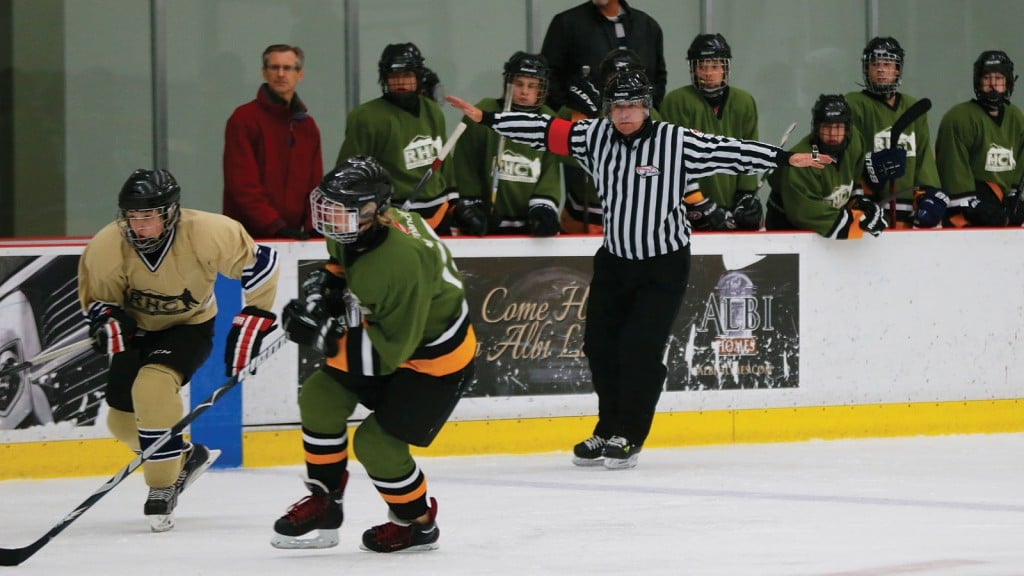 Two days before Finance Minister Joe Oliver appeared at the finance committee to explain on what basis he wants to implement an EI premium reduction for small business owners, the committee heard testimony about the children’s fitness tax credit, which the government is proposing to double and make refundable. Professor Lindsay Tedds told the committee that research indicates the tax credit isn’t doing much to increase participation in physical sports.

With respect to the children’s fitness tax credit, this tax credit was introduced in 2007 with the stated goal of increasing enrolment of children in sport. This tax credit has been shown through at least four studies now to be ineffective in achieving this goal. Only about 15 per cent of parents agree that this tax credit enables them to enrol their children in the program when they would not otherwise have been able to, subsidizing the behaviour of 85 per cent of households. As a result, this tax credit does little more than subsidize behaviour that normally would otherwise occur. It’s also been shown this subsidy disproportionately goes to high-income households. About half of the households that claim the credit earn more than $100,000 annually. This regressivity is not going to be undone by making the tax credit refundable. This is due to the fact that the size of CFTC claims increase with income. That means high-income households obtain a greater and greater benefit from the credit.

You can read the full committee transcript here. Tedds has posted her speaking notes here and links to research here. Our Kevin Milligan previously summarized the research here.

While there is some evidence that parents appreciate the tax credit, the resounding message from the evidence is that the tax credit is much less important than other things like coaching, good facilities and available programming. The move announced by the Prime Minister on Thursday to make the CFTC refundable pushes in the direction suggested by the research; it partially redresses the concern about the fairness to lower income families. What’s missing from the case for the CFTC, in my view, is any research that finds this tax credit to be effective in encouraging activity—especially when compared to the alternatives of investing in sports programs and facilities through the spending side of the budget. The lack of evidence of its effectiveness makes the justification for expanding the CFTC more difficult.

To my knowledge, the finance department has not published its own analysis of the children’s fitness tax credit (nor of the children’s arts tax credit). The current credit costs $115 million per year and the enhancements are expected to cost a further $25 million to $35 million. The Conservatives have also promised to introduce an adult fitness tax credit. Nearer the end of Tedds’s appearance, Conservative MP Mark Adler questioned her about her analysis of the tax credit.

Adler: I first want to address my questions to professor Tedds. You’re a professor of public administration, public policy, and as you know, governments have a number of tools at their disposal to influence behaviour, all the way from exhortation to compelling behaviour. The tax system is one of those methods on the spectrum of how to influence behaviour. You had indicated earlier that you weren’t in favour of what you called a boutique tax credit, speaking of the fitness tax credit. What would you have done differently from what we did, in terms of introducing this tax credit? The reason we did it, of course, as you well know, was to promote physical fitness among our youth. What would you have done differently had you been able to introduce such a policy yourself?

Tedds: A number of different mechanisms could have been used instead. One of the calls has been to eliminate all tariffs and excise taxes on sports equipment, and while you’ve certainly made some movement in that area, a lot of tariffs remain. By eliminating these tariffs you’re reducing the price, you’re influencing the price elasticity of the demand right at the point of decision. But a better way rather than delaying the benefit to the household by 15 months is to get them that benefit right away, which again is why I refer to the CCTB as being a better mechanism. It is targeted to households that are struggling to overcome these economic barriers that inhibit their children’s participation in sport.

Adler: I hear you, but I would counter that in last year’s budget we did lower the most-favoured-nation tariffs. We have lowered the GST from seven per cent to six per cent to five per cent. We’ve lowered taxes 160 different times. Now the average family of four saves about $3,400 in taxes each year, and we have a very aggressive free trade strategy. We’ve negotiated 43 different free trade agreements. This all works to bring down prices. We’ve done pretty much what you’ve said we should do, and we’ve also done the fitness tax credit, which puts more money into people’s pockets. Could you just comment on what we have done.

Tedds: Again the stated goal of the fitness tax credit is to increase enrolment of children in sport. It has not done that.

Adler: How do you know that?

Tedds: We have studies—and they’re all referred to in my briefing note that you can review—four of which have shown that it has influenced a minority of households. The majority, more than 85 per cent of them, are getting the tax credit for behaviour that would have occurred otherwise. So it’s not being effective at meeting its goal.

Adler: I hear you, but I have met a number of people in my riding who have taken advantage of enrolling their kids in sporting activities. I represent a riding that is middle class and lower middle class and the majority are from lower-class families who are not wealthy people, yet because of the fitness tax credit have enrolled their kids in sporting activities. I understand that you have four different studies. I’m just wondering if you could submit those in a follow-up to the committee so we can take a look at them more closely. The fitness tax credit has provided relief to 850,000 different families across the country. I hear what you’re saying on a lot of different fronts. I’m not disagreeing with you entirely, but to say it affected and gave a positive outcome to 850,000 different families across the country, I would say that’s pretty positive. Wouldn’t you agree?

Tedds: It’s not meeting the goals that you stated when you set out this children’s fitness tax credit. I have indicated there are better ways to do it; instead you are simply rewarding behaviour that already occurs. You’re not increasing enrolment in sport. Instead you’re taxing families on their household income, and then redistributing it to certain families after the fact, most of which are high-income households.

Adler left it there, but Dave Van Kesteren then apparently felt it necessary to defend the tax credit’s honour.

Mr. Adler was going on the same vein I wanted to go on. I wanted to possibly, maybe not justify what our government is doing, but to see the benefit. I hear what you’re saying, but I also think of policies that we put in place, not necessarily this government or this particular country, but I’m thinking of the United States with the electric cars, for instance. That isn’t really showing a whole lot of promise either. Yet most people would agree that this is not a bad policy. We need to encourage people. I don’t want to dwell on this too long, but I think Mr. Adler was saying we’ve got a lot of kids who aren’t getting any exercise, and this is a program where we’re going to encourage parents. Maybe we’re not getting the results we want, but it’s still a move in the right direction. I don’t know if you want to comment on that, but maybe we can just wrap up on that point.

(For further discussion: How many electric cars could we have built with the funds spent so far on the children’s fitness tax credit?) I sent a few paragraphs from Tedds’s opening statement to the office of Finance Minister Joe Oliver and asked for a response (I also asked if the finance department had conducted an analysis of the credit). Here is the response from Mr. Oliver’s director of communications.

I’m not going to apologize for tax cuts this government promised and then delivered on. Our g overnment recognizes the impact that expenses for physical fitness activities can have on families, particularly those with lower incomes. That is why we are following through on our promise to enhance this tax credit by doubling the maximum amount and making it refundable. The Children’s Fitness Tax Credit is intended to recognize the costs parents incur to register their children in supervised physical activity. Children who acquire healthy habits will benefit for the rest of their lives. The analysis was done in this case as it is in others. Together, the proposed enhancements to the Children’s Fitness Tax Credit would deliver additional tax relief to about 850,000 families who enroll their children in eligible fitness activities, including nearly 200,000 low-income families who would now be able to take full advantage of the credit. We said when the budget is balanced, we will continue to provide tax relief to families.

Tedds argued during her appearance that making the credit refundable won’t do much to change how the credit’s benefits are distributed. Aside from the basic premise that giving money to people is somehow good, the basic questions remain: What do we think is being accomplished with that $115 million? What will be accomplished by another $25 to $35 million? And what else could we accomplish with that money?