When is the 2021 Canadian federal election? How to get a mail-in ballot? And other FAQs

Here's what you need to know about advance voting, the issues and what the polls are saying 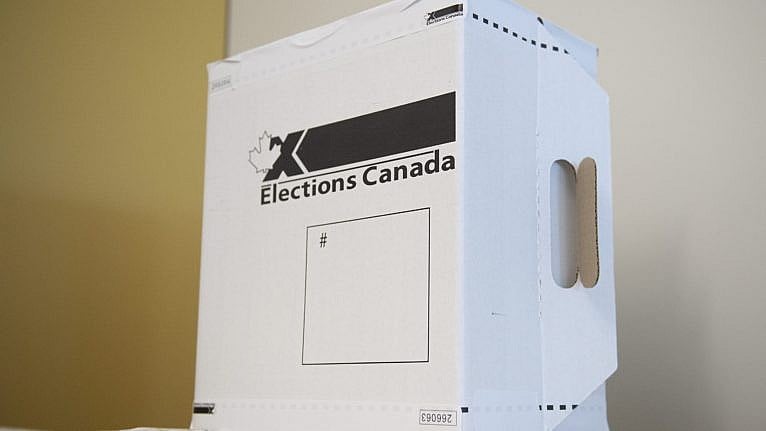 When is the election?

Voting day is Sept. 20—though there are advance polling days from Sept. 10 until Sept. 13, while many Canadians are expected to vote ahead of time using mail-in ballots. (More on that below.)

Which parties are running?

Five parties are likely to fill out the 338 seats that will make up our next Parliament. The Liberals, who led a minority government after the 2019 election, hope to return to a majority. The Conservatives, the Official Opposition, also hope to win the most seats (or at least prevent the Liberals from winning a majority mandate). The New Democratic Party will want to grow their seat count after falling to fourth place in the previous election. The Bloc Quebecois will look to win the most seats in Quebec—something they nearly accomplished two years ago. The Green Party won a historic three seats in the previous election, but one of those MPs has since left the party.

This will be Justin Trudeau’s third federal election as Liberal Party leader—more than any of his adversaries. It is the second federal campaign for NDP Leader Jagmeet Singh and the Bloc Quebecois’s Yves-Francois Blanchette.  Conservative Leader Erin O’Toole—an MP since 2012—is leading his party in his first national campaign. The Green Party also has a new leader, Annamie Paul, who is the only major federal party leader without a seat in Parliament.

Where do I find my riding?

Elections Canada has your answer: click here and type in your postal code.

What do the latest polls say?

The Liberals started the 2021 campaign with polls suggesting that winning 170 seats—and a majority mandate—was well within reach. But those odds are shrinking, as it appears most Canadians weren’t keen on a snap election mid-pandemic. National polling numbers since the start of the campaign have the Conservatives closing the gap.

What are some of the key issues likely to be?

The pandemic will loom large over this election, as COVID-19 has brought the public’s attention to numerous issues over the past 18 months, among them: health care, long-term care and child care. The wildfires in B.C. and a drought on the Prairies have highlighted the impacts of climate change. Meanwhile, Afghanistan’s fall to the Taliban has put a spotlight on Canada’s foreign policy.

With that in mind, some of the keys issues for this campaign include how the parties propose to navigate the fourth wave of the pandemic, and how they’ll boost the economic recovery in its wake. Housing affordability has grown in importance given soaring house prices, of late—and not just in Toronto or Vancouver.

To read each party’s campaign promise—big and small—check out the Maclean’s federal election platform guide.

What electoral system will we use?

First past the post—just like every other federal election. (This despite Justin Trudeau’s promise that the 2015 vote would be the last federal election under the system.)

What do I need to vote?

There are a multiple ways to prove your identity and address, according to Elections Canada. Option 1 includes showing a driver’s licence or government issued ID with a photo, name and address.

Alternatively, you may show two identifying documents bearing your name—one of which has your address—such as a voter ID card, bank statement, utility bill or student identification.

Even if you don’t have ID, it’s still possible to vote by declaring your identity and address in writing, provided you bring along another person to vouch for you. (Note that the person vouching must have their own ID and proof of address.)

How do I vote by mail?

Again, Election Canada has you covered. Be sure to apply by the 6 p.m. (all time zones) deadline on Sept. 14 to get your voting kit, which will have further instructions for a vote by special ballot. The marked ballots must be received by election day, so try your best to get this done early. But be aware that, once your application to vote by mail is approved, there’s no changing your mind and instead going to the polls on Election Day.

Do I have to wear a mask to vote on account of the pandemic?

Potentially, yes. Elections Canada will enforce masking requirements under the public health rules of each region. Where required, there will be masks (and hand sanitizer) provided at polls for those who forget to bring their own.

Meanwhile, those who can’t (or won’t) wear a mask are encouraged to vote by mail—though chief electoral officer Stephane Perrault said in August that those exempt from mask-wearing for medical reasons won’t be denied their right to vote.