Where federal leaders travelled during the first half of the campaign

This campaign isn't being fought in bedrock Conservative Canada. If you're a right-leaning voter in a safe riding, don't expect a bus to roll up near you. 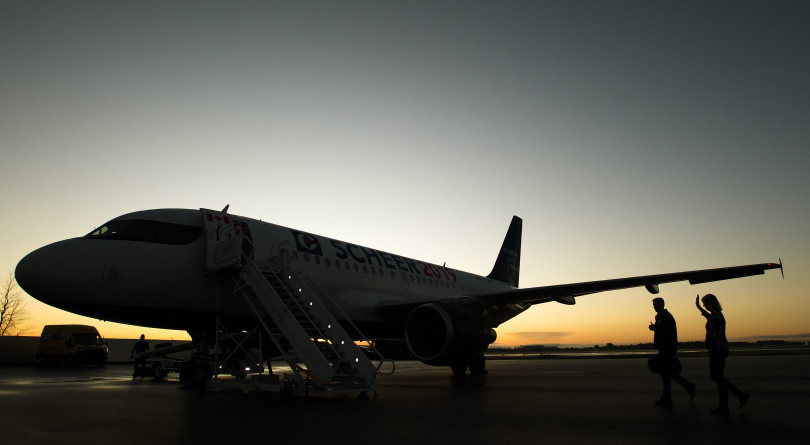 When it comes to sheer human effort that ends mostly in heartbreak, almost nothing can match a federal election. The numbers are staggering. The four major parties that run full slates will sign up 1,354 candidates. Assuming they knock on doors and glad-hand at local events for six hours a day every day until Oct. 21, which is a conservative estimate, that adds up to 324,960 total hours on the hustings. If each candidate has at least three volunteers a day, give or take, that’s a million hours of work between Rideau Hall’s writs and election night’s fits.

So local campaigns are each their own kind of enormous. Of course, federal contests are typically dominated by the travelling circuses we know as leaders’ tours, the cross-country plane-and-bus parades that touch as much of Canada as possible until everyone goes to vote. They’re all over the evening news. Leaders pitch policy most mornings, and then fire up party faithful at night. Voters pay attention to the party bosses. But whatever effect those leaders have on who wins and loses, their tours also tell us a lot about each party’s priorities. Where they go, and where they don’t, says everything about whose votes they take for granted and whose they’re fighting for; where they think they can win and where they expect to lose.

A Maclean’s analysis of the big four leaders’ tours tells the story of where the leaders fought the first half of the election campaign. Twenty days in, they weren’t fighting it in rock-solid Conservative Canada. They weren’t fighting it in safe ridings. And voters who live in the 39 per cent of Canada covered by its northern territories didn’t see a hint of a leader. Overwhelmingly, the leaders spent their time in what are now Liberal and NDP ridings—but are seen as up-for-grabs seats. Overall, more than 77 per cent of the 173 distinct campaign events held by all leaders tours happened in Ontario, B.C. and Quebec.

Almost 22 per cent of all major leaders’ events hit ridings projected as toss-ups by Philippe J. Fournier at 338Canada. Liberal ridings comprised two-thirds of all visits. By contrast, only seven ridings with Conservative incumbents, and none outside of Ontario and B.C., welcomed a leader at all—a clear signal that no party sees much chance of incumbents losing in the vast majority of Tory seats.

Here’s a snapshot of each leader’s choices as they criss-crossed Canada for three weeks of campaigning.

The Tory strategy is perhaps the simplest: the party is on the offensive. Halfway through the campaign, Scheer has visited all 10 provinces—and has yet to visit a single riding held by a Conservative for the last four years. No wonder: 338Canada projects only two incumbent Conservative MPs, in Beauport-Limoilou in Quebec and Brantford-Brant in Ontario, at risk of losing. Scheer will presumably spend election night in his home riding in Regina, but so far has barely set foot in Saskatchewan. The Tories appear to have studiously avoided their own turf. In Edmonton, where Alberta Premier Jason Kenney fired up the locals alongside Scheer, the party staged the rally in Edmonton Centre, a likely Tory pickup from the Liberals. Forty of Scheer’s campaign stops, more than 85 per cent of his overall total, were in Liberal-held ridings, and 16 of those were projected as toss-ups at the time of his visit. Scheer found his way to potential Tory pickups in southern Ontario ridings like Richmond Hill, Cambridge and St. Catharines. He also found time for nine visits in ridings that 338Canada projects will flip to the Tories—including Saskatoon West, where the NDP’s Sheri Benson is in tough to hold her seat.

The Liberal leader is steering clear of Tory bastions. He’s only targeted five Conservative-held ridings, and given lots of attention to a mix of Liberal-vs.-NDP battlegrounds—including NDP-held ridings in five different provinces. The Liberals hope to poach New Democrat strongholds like Edmonton Strathcona, Windsor West, Hamilton Centre and Berthier-Maskinongé. The latter is held by the NDP’s Ruth Ellen Brosseau, the famously accidental MP who won in 2011 and impressed her constituents enough to win a second term in 2015. The Liberals, who were first to visit all 10 provinces, are also playing defence on the leader’s tour. Trudeau has visited three Liberal-held ridings that 338Canada projects could flip to the Tories, another 11 toss-ups in four different provinces, and 13 that are likely or leaning Liberal seats, but not solid enough to be safe. While he was fastest to see every province, Trudeau only held a single event in six of them and spent about half his time in Ontario.

The NDP leader’s tour is less geographically varied and more focused than his rivals, though Jagmeet Singh had held the most events—50 so far—at the campaign’s halfway point. Singh has visited only six provinces, and three-quarters of his events have been in Ontario and B.C. He’s spent more time in his own riding, Burnaby South, than any other leader has in theirs. Thirty-eight per cent of Singh’s visits were in NDP ridings, only one of which 338Canada marked as safe for the party on Sept. 30. But Singh, who’s largely seen to be playing defence as a means of salvaging vulnerable NDP turf, has actually visited more Liberal ridings. Some of those voted NDP in 2011’s Orange Crush election. Singh spent most of a Saturday, as one example, in Toronto’s Davenport riding, where former MP Andrew Cash hopes to win his seat back. But there are no easy pickups for the party. Davenport is projected likely Liberal.

The Green leader, whose party 338Canada projects could win a handful of seats, visited eight provinces in the first half of the campaign. One-third of Elizabeth May’s stops were in the party’s friendliest territory in B.C. May found her way to small pockets of potential Green support spread across the country, including Guelph, Ont., Fredericton and P.E.I. She’s also held three events apiece in Montreal and Calgary. May has kept a slower pace than the other leaders, making 32 stops—19 per cent of events across all tours.

Where will the leaders go next? Only the parties’ campaign teams know the roads they’ll travel. But even subtle shifts in national and regional polling can have local impacts. Take a look at Windsor West, a toss-up riding where both Trudeau and Singh have roused local crowds. On the day Trudeau called the election, his party was ahead by less than two points. On Sept. 24, the NDP jumped ahead narrowly. At the campaign’s halfway point, the Liberals were once again ahead. That day, 338Canada projected 66 toss-ups just like Windsor West. That’s a lot of close contests with two weeks to go.