Who is Michael Wolfson?

How a one-time draft dodger and longtime data guru landed at the centre of the small-business tax war, the bitterest policy scrap in Canadian politics in 2017 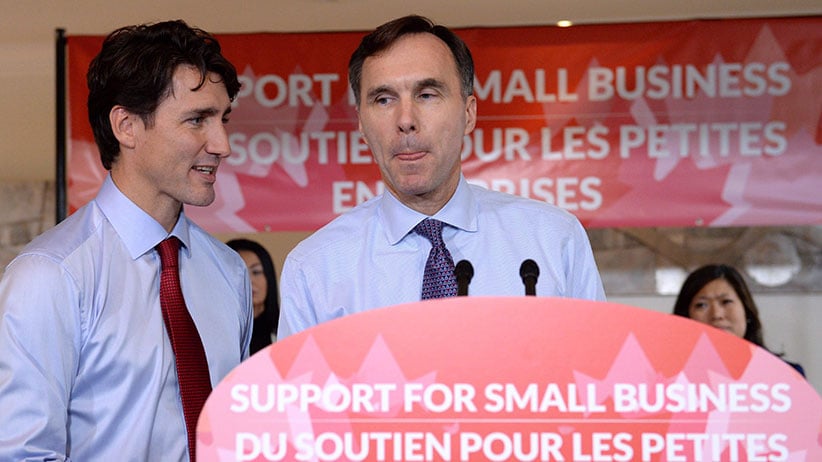 At about the midpoint of the 2015 federal election campaign, in an interview with CBC’s Peter Mansbridge, Justin Trudeau hinted that his Liberals were prepared to cut the small-business tax rate if they won. But there was a catch. Trudeau also said “a large percentage of small businesses are actually just ways for wealthier Canadians to save on their taxes,” then added with considerable understatement: “So there’s a little tweaking to do around that.”

You could almost feel the shudder run through the nation’s tax-planning profession. A little tweaking. Uh-oh. Kim Moody, a chartered accountant at the firm Moodys Gartner in Calgary, and a former chair of the Canadian Tax Foundation, wondered where Trudeau was getting the idea that small firms are often tax-avoidance vehicles for the rich. He went browsing. “Google comes up with a paper by a guy named Wolfson that I’ve never heard of before,” Moody says.

READ MORE: Trudeau’s pandering small business tax cut will do nothing for the economy

That paper was Piercing the Veil: Private Corporations and the Income of the Affluent, which would be published the following year in the Canadian Tax Journal, but was already circulating in draft form and causing a stir among tax-policy wonks. Moody wasn’t impressed. From his practitioner’s point of view Piercing the Veil’s assumptions about how small-business owners arrange their tax affairs struck him as clumsy. But it contained new and potentially potent numbers.

It’s lead author, Michael Wolfson, a retired Statistics Canada data guru, now affiliated with the University of Ottawa, had achieved the formidable task of melding together the income tax returns of small businesses, those technically called Canadian-controlled private corporations (CCPCs), with the income tax returns of their owners, all without violating confidentiality rules. 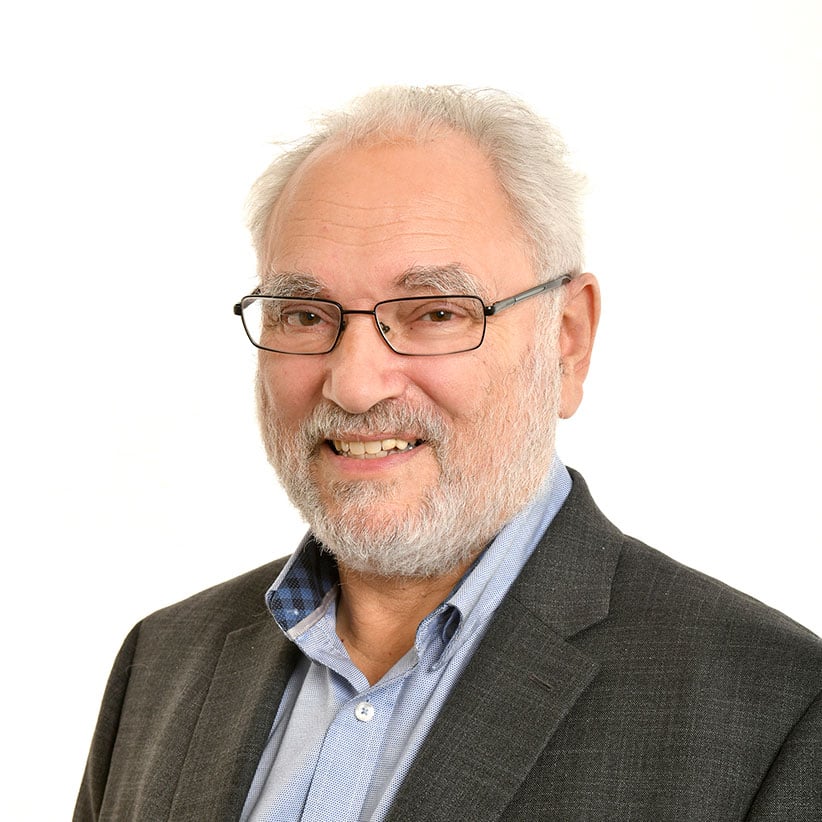 Wolfson’s database laid bare the relationship between being well-off and owning a CCPC. Consider the top one percent, the focus of so much of the global debate about inequality over the past five years. In Canada, individuals making over $163,000 a year qualified in 2011 as a one-percenters, and Wolfson found that more than half of them were CCPC owners. Aim even higher, at the the top 0.01 per cent—the truly rich who earned $2.3-million or more—and 80 per cent were significant shareholders in a private company.

He focused on those CCPC owners—notably many professionals, including a growing number of incorporated doctors—who were legally shrinking their tax bills by splitting business income with their spouses and adult children. Late in the 2015 campaign, when the Liberals released their full platform, its brief section on small-business taxation cited Wolfson’s estimate that Ottawa loses about $500 million per year to “high-income individuals [who] use CCPC status as an income splitting tool.”

So Moody had been right in guessing that Wolfson was a key source of Trudeau’s thinking. After the Liberals won, the accountant kept a printout of Piercing the Veil on his desk for a while, but eventually threw it away. He probably should have held onto it. This past summer, Finance Minister Bill Morneau released a discussion paper, based on analysis by his department that went further down Wolfson’s path. Morneau proposed shutting down a raft of ways high-earning Canadians use CCPCs to cut their tax bills—lighting the fuse for the debate that exploded in Parliament as the biggest policy controversy of the year.

Michael Wolfson moved to Toronto in the storied spring of 1968, a 20-year-old draft dodger who didn’t want to fight in Vietnam. After growing up in Buffalo, N.Y., he had studied for a year in the mid-Sixties at Pittsburgh’s Carnegie Mellon University. Then a former high school girlfriend wrote to him from San Francisco, saying, “You’ve got to come out, everything’s happening here.”

He transferred to University of California, Berkeley as a physics student, but dropped out after a year. In a recent interview at his comfortable Ottawa home, his burly frame settled into a well-worn leather chair, bearded in a way that predates current fashion, Wolfson reminisced about those days. He describes straddling Berkeley’s radical politics and San Francisco’s Haight-Ashbury drug scene. “I confess,” he says, “to smoking a lot of dope and taking a lot of LSD and psilocybin and mescaline and things like that.”

Still, he was gifted enough to land a job at Lawrence Radiation Laboratory, where he created a computer model for a physics researcher. That practical grounding in modelling would prove to be a foundation for his future work. When avoiding the draft became impossible, he fled to Canada, like thousands of others. A Canadian group organized to support Americans resisting the war helped him land a job assisting a professor at University of Toronto, where later he enrolled. “But I was still staying up too late, listening to Leonard Cohen and smoking dope,” he says.

He eventually settled into serious study, though, gravitating from math and physics to economics, delving into everything from abstract concepts to concrete issues, like how to design a student loan program. On graduating, he was accepted into Cambridge University’s prestigious King’s College (the academic home of John Maynard Keynes). His doctoral thesis there—foreshadowing the preoccupations that brought him to the centre of controversy in Canada this year—was on “the causes of inequality in the distribution of wealth.”

For his thesis, Wolfson relied on Statistics Canada data, which led to him working part-time at the federal agency. That proved to be the entry point for a long career climbing Ottawa’s public-service policy ladder, including stints at the Treasury Board and Finance Department. He worked on the creation of the first refundable child tax credit in the late 1970s, for instance, and on a groundbreaking study of how the tax system can function, through targeted benefits, as a way the government actually spends money.

During many years as a top analyst at Statistics Canada, Wolfson’s created what’s called the Social Policy Simulation Database and Model. That means nothing to most Canadians, of course, but policy researchers know it as the indispensible tool that lets them forecast the results of proposed changes to personal taxation or social benefits. “It broke the monopoly of the finance department on individual tax information,” Wolfson says.

After he retired as Statistics Canada’s assistant chief statistician in 2009, Wolfson joined the University of Ottawa to specialize in another key interest, population health modelling. But his curiosity about inequality hadn’t faded, and the topic was suddenly in vogue. The Occupy movement made it the subject of street protests in 2011; French economist Thomas Piketty’s 2013 blockbuster Capital in the Twenty-First Century stoked the debate among experts; and Trudeau, starting with a key policy speech in 2014, made it his central theme as the new Liberal leader.

In 2012, Wolfson applied for a federal research grant to study “the economic behaviour of the affluent,” borrowing the title of a classic economics book from the 1960s. The funding he won allowed him to pay Statistics Canada, his familiar old home base, to create the unique database that led to the analysis of small businesses and their owners, particularly income splitting, in Piercing the Veil.

Exactly how Wolfson’s findings came to be inserted into Trudeau’s policy playbook isn’t clear. The co-editor of Canadian Tax Journal, which published the paper, is Kevin Milligan, a University of British Columbia economics professor who served on Trudeau’s economic advisory committee. Milligan says he wasn’t directly responsible for Wolfson being mentioned by name in the platform, but his enthusiasm might have influenced party insiders. “Just to get that database up and running was a huge achievement for data nerds,” he says.

Milligan’s emphasis on the data is telling. There’s a chasm between tax planners, who focus on how the rules affect particular clients, and policy purists, who are more interested in the big picture. After Morneau issued his proposal last summer to crack down on small-business tax breaks, Moody tried talking across that divide. He emailed Wolfson, and they arranged a phone chat. It lasted about an hour. “Very pleasant guy,” Moody says. “But, you know, every time you throw something at him, he’s got a rebuttal. It’s kind of like punching at Jello.”

That wasn’t their last encounter. As the issue boiled over this fall—with the business lobby fuming and opposition Conservatives hammering Morneau daily—Wolfson and Moody were in demand to talk from opposite sides of the battle. They found themselves on the same Alberta call-in radio show and testifying before the same Senate committee hearing.

At that hearing, Moody was dumfounded that Wolfson wouldn’t concede that business owners face greater risks than employees. “I say, ‘What risks?’ He says, ‘Well, they can lose their jobs’,” Moody says. On the radio show, Moody was taken aback by Wolfson’s lack of sympathy for advantageous tax treatment for family farms, which led a lawyer at Moody’s firm, in a blog on its website, to refer to “retired bureaucrat Michael (‘Let’s Kill the Family Farm’) Wolfson.”

In the end, the embattled Morneau abandoned his proposed measure that would have hiked taxation on farmers, and other business owners, when they transfer ownership to their children. As well, he promised to trim the small-business rate to nine per cent from 10.5 per cent by 2019. But he is pressing ahead on two other fronts, cracking down on income splitting and boosting taxes on income over $50,000 earned inside CCPCs from so-called “passive investments,” like stocks and bonds.

It’s shaping up as a victory for Wolfson’s side on at least two-thirds of 2017’s bitterest policy clash. If he hasn’t made fans along the way among tax planners, his stature among data-obsessed economists is solid. The independent Parliamentary Budget Officer is now using an updated version of the database he created to do its own study on the impact of income splitting, with results expected to be released sometime in the first few months of 2018. “Michael knows the data really well and is a great guy to talk to about these things,” says deputy PBO Mostafa Askari.

Mulling it all over in his living room, Wolfson considers the question of whether he brings ’60s-tinged lefty biases, ingrained in his formative years, to his research. He contends that focusing on his past and his progressive convictions misses a deeper point. “I don’t deny that I inhaled, but goddammit it, I spent 35, 40 years trying to improve the quality of information,” he says. “In the end, it’s the elected representatives who are going to decide the policy. I may disagree with it, but at the very least I want them to do it based on evidence.”