A new petition calls on Ottawa to reverse a decision to make Suu Kyi an honorary Canadian. There is now ample evidence she doesn't deserve this rare honour. 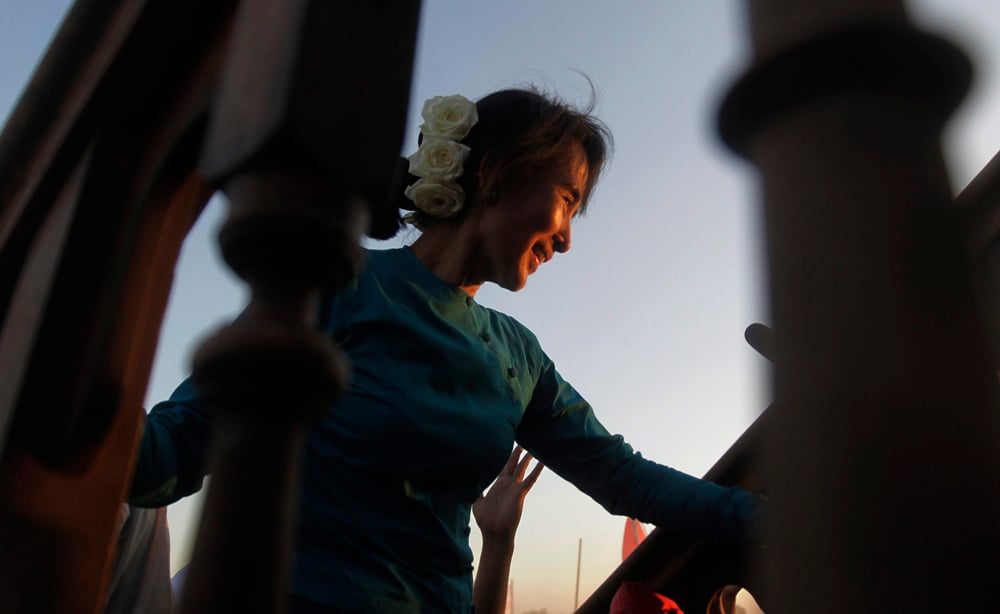 It took less than 48 hours for more than 6,000 people to add their names to an online petition launched Monday that calls for Myanmar’s de facto leader Aung San Suu Kyi to be stripped of her honorary Canadian citizenship. By the time the House of Commons reconvenes on Sept. 18, petition sponsor Fareed Khan says he hopes the momentum will be sufficient to convince Prime Minister Justin Trudeau to revoke the honour, bestowed upon Suu Kyi at a time when she was one of the brightest hopes in the worldwide struggle for democracy and human rights.

Suu Kyi faces mounting global condemnation over a renewed wave of mass murder and ethnic cleansing targeting Myanmar’s persecuted Rohingya Muslim community. United Nations workers reckon that 164,000 Rohingyas have fled to Bangladesh from Myanmar’s Rakhine state over the past two weeks, joining at least 170,000 Rohingyas driven out of Myanmar since 2012–most of them since last October.

“I know it’s mostly a symbolic act,” said Khan, a communications and policy consultant based in Gatineau, Que. “And I know it’s not enough. We need sanctions. But for the Rohingyas, this is like Syria. Their own government is trying to kill them. So I thought I’d keep it simple.”

Khan’s petition has the backing of the Canadian Burmese Royingya Organization. “As a first step, it’s a good idea,” CBRO chairman Nur Hashim told me. “There has to be sanctions again. We have also asked the Canadian government many times to take more refugees. From Prime Minister Trudeau, there has only been a condemnation. This will not do anything.” Apart from a small resettlement effort that brought in 350 Rohingya refugees between 2006 and 2010, only a few Rohingya refugees in Malaysia have found their way to Canada, Hashim said.

Suu Kyi’s honorary Canadian citizenship is the result of a unanimous House of Commons resolution from 2007. At the time, she had spent 12 of the preceding 18 years either in prison or under house arrest by Myanmar’s military dictatorship. Her pro-democracy party handily won a national election in 1990—Suu Kyi was awarded the Nobel Peace Prize in 1991—but the junta refused to relinquish power. She had been released from house arrest in 2012 when then-foreign minister John Baird visited her and presented her with a citizenship certificate.

By then, the military was beginning to ease its grip in exchange for sanctions relief. Most of Canada’s sanctions were lifted the year of Baird’s visit, and three years later, in 2015, Suu Kyi’s National League for Democracy won another landslide, and the junta allowed Suu Kyi to take up the post of state counsellor, an office equivalent to prime minister.

But since then, the persecutions endured by Burma’s Muslims, especially the Rohingyas, have only worsened. For months, Suu Kyi’s deafening silence has been prompting widespread demands that the Nobel Committee revoke her peace prize. More recently, whenever Suu Kyi has addressed the matter of the Rohingyas, she has given every impression of justifying the genocidal violence underway in Rakhine state, the Rohingya heartland.

While Suu Kyi’s power in Myanmar’s military-dominated regime is limited, her office has refused to allow UN investigators into Rakhine to follow up on allegations of mass abuses by the military, which stands accused of committing massacres, mass rape, the torching of Rohingya villages and the burning of heaps of murdered Rohingya civilians. The latest violence appears to have been touched off by attacks launched against police and military installations by the shadowy Arakhan Rohingya Salvation Army (ARSA), in the vicinity 40 Rohingya concentration camps. Suu Kyi’s office has warned Myanmar journalists that they face prosecution under Myanmar’s anti-terrorism laws if they fail to use the term “terrorist” to describe the ARSA.

The security situation in Rakhine is now threatening to degenerate into a jihadist insurgency involving Islamist forces throughout the region. Indonesia’s bloodthirsty Islamic Defenders Front is threatening to send mujahideen to Rakhine. The group claims that in recent days it has recruited 1,200 fighters who have pledged that they are willing to die in Myanmar in the cause of holy war. While reports of jihadist elements within the ARSA may be overblown, Suu Kyi’s government is fanning the flames. Earlier this week, Myanmar government spokesperson Zaw Htay endorsed reports that Islamic State has been training ARSA fighters across the border in the Chittagong hill country of Bangladesh.

“Aung San Suu Kyi has definitely squandered her chance to do something about the situation there,” Bennett told me, “but Canada has also squandered the opportunity to play a leading role in this issue.”

Immediately following Trudeau’s election, during Stéphane Dion’s brief tenure as Canada’s foreign affairs minister, Canada’s Office of Religious Freedom was shut down and the ambassador’s post was eliminated. Now, the crisis in Myanmar competes for the attention of Dion’s successor, Chrystia Freeland, with the chaos of renegotiating the North American Free Trade Agreement. This leaves things up to Marie-Claude Bibeau, minister of international development, to address the upheavals in Rakhine as though they were caused by a volcano or an earthquake.

“What is happening in Rakhine has been developing for a very long time,” Bennett said. What’s happening now is a situation that could have been foreseen. We’ve been seeing the signs. Concentration camps. The threat of an emerging Islamist militancy. This is classic. And it’s a classic flawed approach to a crisis. What caused this humanitarian crisis?”

Myanmar’s majority Bamar people are Buddhist, making up about 70 per cent of the country’s 53 million people. There is a deep vein of bigotry and chauvinism that runs through the country’s Bhuddist ruling elites, and it is most viciously directed towards the million-or-so Rohingyas.

The Buddhists supported Japan during the Second World War. The Rohingya Muslims supported the British, but during the final days of the British Empire in India and Burma, the British betrayed the Rohingyas, leaving them to the Bamar majority’s mercies. The 1982 military coup stripped the Rohingya of their citizenship rights, and even though Suu Kyi has drawn wide support from them over the years, the Rohingya were prohibited from voting in the 2015 elections.

Myanmar’s Rohingyas remain barred from medical care and government services. Suu Kyi’s government refuses to recognize the Rohingya among the country’s dozens of ethnic communities, claiming the Rohingya are all recent interlopers from Bangladesh or India, even though the Rohingyas’ ancestry in the country goes back several centuries. The Rohingyas are effectively stateless, and now that they’re being subjected to what appears to be an unambiguous genocide, while Suu Kyi, at best, remains silent.

Aung San Suu Kyi is one of only seven people to be granted honorary Canadian citizenship. The others are the Aga Khan, the Dalai Lama, the courageous Pakistani girls’ school campaigner Malala Yousafzai, South African anti-apartheid hero Nelson Mandela, and the Swedish diplomat Raoul Wallenberg, rescuer of Jews during the Nazi era.

“Compare her to those people,” Fareed Khan, the petitioner who wants Suu Kyi stripped of the honour, said. “Do you really think she belongs in that company?”