Why Justin Trudeau is No. 1 on the 2021 Maclean's Power List

Paul Wells: Dismiss the Prime Minister if you like, but the fact is that in the past year he had (and used) power on a scale nobody in the country could match 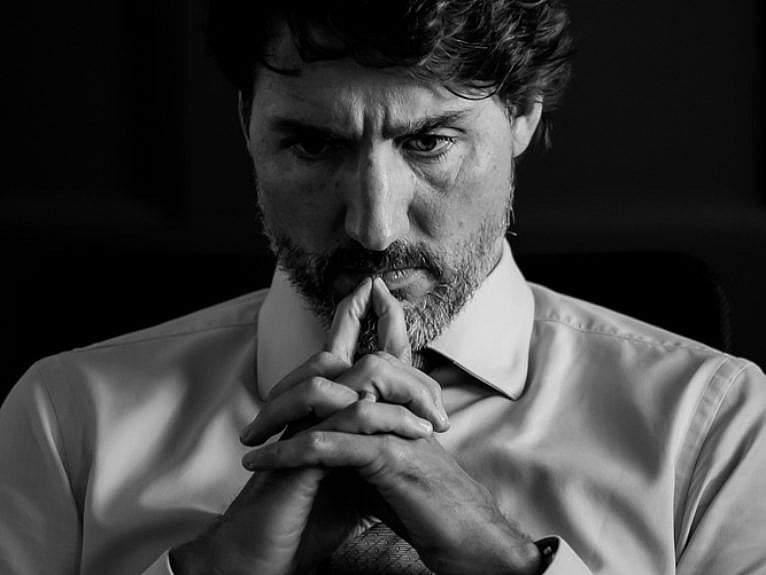 Who had more power in Canada in 2020, and was less inhibited about wielding it, than Justin Trudeau? Nobody. Nobody else comes close. Dismiss the Prime Minister if you like, knock his brains, his choices, his often demonstrably shaky adherence to principle. But in 2020, the central fact of Justin Trudeau’s place in the nation’s life was that he had and used power on a scale nobody in the country could match.

There are a bunch of reasons for this. First, Trudeau works in Ottawa. No provincial or municipal government, and no organization outside government, had anything close to the clout the federal government enjoyed in 2020. Second, Trudeau leads a minority government, which should have made him more unsure and tentative—as it seemed, in the first weeks after the 2019 election, that it would. But in Parliament, Trudeau has kept his opponents consistently on the back foot. Finally, he leads a party that has historically been divided into factions. But no Liberal leader in Trudeau’s lifetime has led a Liberal party as unified as today’s.

In good times, when a society and an economy are healthy, the selling pays for the buying and most people can earn some kind of livelihood. Amid the COVID-19 conflagration, all of that collapsed. Somebody had to cover the difference between what people had and what they needed, to keep people home, safe and still within sight of a return to normalcy, maybe in 2021. Who was going to do that? Most businesses couldn’t; business was ground zero of the shock. Families couldn’t; household debt was already near the red line. Provincial governments couldn’t; taken together, they came into 2020 with less fiscal room than Ottawa. Only the feds had room to move. And Trudeau has used it. Total federal spending doubled in a year, which has never happened outside wartime. Cheques from Ottawa became the lifeline for households, businesses—and even provincial governments.

An activist government in Ottawa usually awakens powerful resistance in one provincial capital or another. But the likeliest suspects—the conservative premiers of Quebec, Ontario and Alberta—kind of had their hands full. Stephen Harper used to avoid meeting the premiers as a group. Trudeau wasn’t a huge fan of having them over either, at first. But this year he hosted calls with them most weeks. More than 20 first-ministerial Zoom calls by year’s end—because he had nothing to fear from this group. Who could make him deliver what he didn’t want to? If one of them walked out, would the boycott make any difference?

In Parliament, the Liberals’ minority-government status should have had Trudeau on the defensive. But for most of the year, Andrew Scheer, whose Conservatives had won more votes than the Liberals, was being ushered to the exit by his own party. And Erin O’Toole, the new guy, quickly made it clear he’d rather avoid an election. So here, too, Trudeau had the upper hand. It made him almost cavalier in his willingness to play hardball, proroguing Parliament to shut down the WE Charity controversy, filibustering committees when the House came back, finally threatening an election on slim pretext.

The last minority Liberal prime minister, Paul Martin, spent a year and a half trying to avoid an election. This one uses the threat of an election to chase the other parties away. That tells you all you need to know about the pecking order in Parliament.

The final locus of Trudeau’s tactical advantage in 2020 was the Liberal party itself. Every modern Liberal leader has had an internal rival. Jean Chrétien had Paul Martin, John Turner had Chrétien, Pierre Trudeau had Turner. Each was an obvious successor who proclaimed loyalty but who telegraphed opposition and critique. That model never really held for Justin Trudeau, and it collapsed definitively on the day in 2019 when Jane Philpott resigned from cabinet. That act of defiance ended her political career. Chrystia Freeland watched and learned. Since then, she has advanced in the party, not by highlighting disagreement, but by making her loyalty to Trudeau ever clearer. When he gets into trouble over his judgment, as he reliably does every few months, Freeland makes a show of declaring her support for him. It’s a bit weird. But it’s easier to understand once you realize she’s not transferring her credibility to Trudeau, she’s recharging her credibility within the party by standing at his side. And it’s all one party, to an extent that probably weakens the Liberals as a forum for reconciling differences on big questions, but that strengthens the PM’s internal influence. There are no more “business Liberals,” no active Quebec or Western or Bay Street wing of the party that makes a show of putting up with the leader for now but maybe not forever. There are no Liberals now but Trudeau Liberals.

And finally, it’s become clear that Justin Trudeau is the brains of the operation. It used to be fashionable to believe he was Oz the Great and Terrible, a photogenic puppet, and that behind the curtain Gerald Butts and Katie Telford were pulling the levers. But Butts left, and these days he’s just another ex-staffer. Meanwhile, the government’s choices are Trudeau’s choices. There’s no sense that he’s been brought along, patiently and patronizingly, by a younger, hipper team. If he stops liking someone, they don’t last. Just ask Bill Morneau. If Trudeau doesn’t like a file, it lies ignored. This government is simply never going to buy a big piece of military equipment or pay attention to criminal justice, sorry not sorry. Its attention on international issues falters because his does. It has no interest in taxing to match spending because he doesn’t believe deficits are a problem, arithmetic or electoral. The government’s strengths are Trudeau’s strengths. Its weaknesses—lacklustre performance in Parliament, a jargon-infested communications style that masks more than it informs—are his weaknesses.

This utter dominance of the political landscape was, in large measure, a product of the coronavirus catastrophe and the fiscal health Trudeau inherited from his predecessors and hadn’t yet squandered. There’s more accident than strategy in it. It can’t last. But in 2020, this was Justin Trudeau’s country. The rest of us were just living in it.