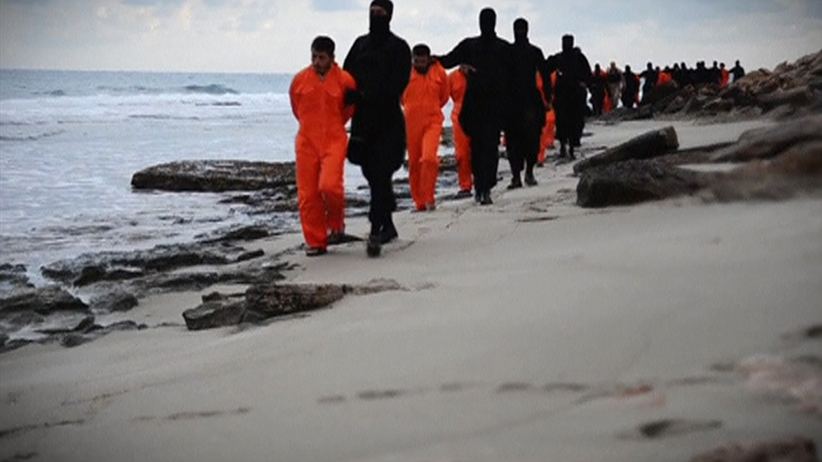 Islamic State’s most horrific video to date, the beheading of 21 Egyptian Christians, was shocking not only for its unsettling content but for its novel setting. It was not shot in the deserts of Iraq or Syria but on a beach in Libya, far from where the U.S. and its allies have been bombing the group. The video, released in mid-February, seemed to ceremoniously announce Islamic State’s opening of a whole new front in its war to create an Islamic caliphate.

The extremist group has been making inroads in the oil-rich North African country over the past few months, killing at least eight in an attack on a five-star hotel in Tripoli and cruising the streets in a motorcade of flag-bearing jihadist “police” cruisers. Retaliatory air strikes by Egypt against Islamic State targets in eastern Libya don’t appear to have slowed the group, which last week seized a university and other government buildings in the city of Sirte.

Four years after a NATO-led force released Libya from the grip of its long-time authoritarian ruler, Moammar Gadhaﬁ, the country has become a terrorist hub. Just as it did in Syria and Iraq, Islamic State has capitalized on instability in Libya—the result of a power vacuum created by opposing militia-backed governments, each convinced of its own legitimacy. “There is no Libya now,” says Fen Hampson, an international affairs professor at Carleton University. “It’s broken into many, many pieces.”

The fracture dates back to at least 2011. Haunted by the failure to intervene in Rwanda and elsewhere, Hampson explains, the international community ousted Gadhafi during the Arab Spring in hopes of preventing mass civilian casualties. But, plagued by the ongoing consequences of a failure to nation-build in Iraq and Afghanistan, the intervenors (which included Canada) were not set on staying. “Post-Gadhafi, nobody really wanted to own it,” Hampson says. “As the situation deteriorated, more and more countries headed for the exit.”

A terrorist attack on the American consulate in Benghazi helped motivate the U.S. to leave, and crises in Syria, Egypt and Ukraine increasingly attracted the attention and resources of the small collection of countries with the capacity to effectively tackle Libya’s disarray. Plans to train a police force, set up a national defence system and install a functional political system were all but abandoned. Libya, in effect, was left on its own.

In the absence of any official power, two rival governments have emerged: One allied with the Libyan National Army that occupies much of eastern Libya; the other allied with a coalition of militias and Islamist groups in the west. Funds from Egypt, Saudi Arabia, the United Arab Emirates, Turkey and Qatar—each with its own interests—have only intensified the conflict.

Meanwhile, Libyan jihadists, many of whom trained and fought in Syria and Iraq, have returned to their home country and invited disparate Islamist factions to pledge allegiance to Islamic State. “It was inevitable for a group like [Islamic State] to grow there,” says Hassan Hassan, an Abu Dhabi-based analyst and author of ISIS: Inside the Army of Terror. “All of these factors—chaos, the lack of a political process, the negligence of the international community—provided the perfect environment for [Islamic State] to grow as it did in Syria and Iraq.”

Hassan says Islamic State’s entry into Africa will allow the group to thrive, attracting a growing number of jihadists in the area, where al-Qaeda sympathizers have been regrouping. He also points to Libya’s abundance of oil, a potential revenue source for the group, and its proximity to Europe. Tripoli is less than 500 km from Italy’s shores, and a record 170,000 migrants made the perilous, sometimes fatal trip from Libya to Italy by boat last year alone. There are now fears that jihadists might try to blend in with migrants crossing the Mediterranean. While those fears appear to be unfounded, they could further fuel the backlash against illegal immigration in the European Union.

Italy and the Arab League are calling for an international response to combat Islamic State in Libya. The U.S. and Britain have so far refused to lift an arms embargo to better equip Libya’s army, saying the country first needs a unified government. The mayhem left unattended by that chicken-and-egg conundrum will reverberate through north Africa, according to Hassan. “As jihadists grow in Tunisia”—there are 4,000 there, by his estimation—“the [Islamic State] group inside Libya will have even more strategic depth,” he says. Despite the relative stability of states such as Tunisia and Morocco, which makes them less vulnerable to an Islamic State presence like that seen in Libya, he adds, “the future is promising for [Islamic State] in north Africa.” And a pressing problem for everyone else.