The Northwest Territories government leader on his desire to build pipelines, court Chinese tourists and fight climate change at the same time. 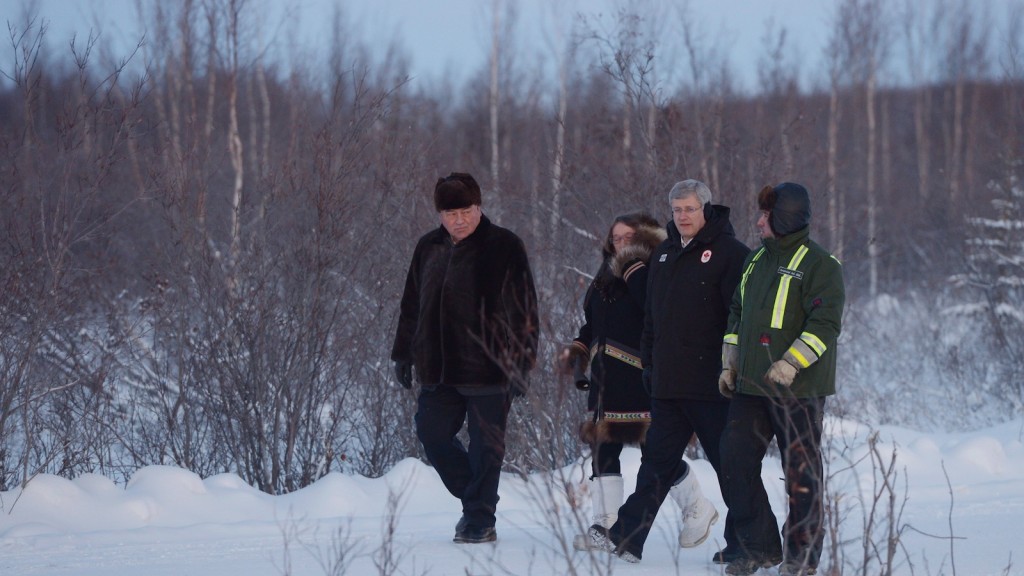 Bob McLeod, government leader of the Northwest Territories, was in Washington this week as the U.S. prepares to take over the chairmanship of the Arctic Council from Canada.

Q: You have a plan for what to do if the Keystone XL pipeline is not approved by the U.S.

Q: Where would it go?

A: A report commissioned by the Alberta government indicated that it is technically feasible to bring up oil from Alberta to the Beaufort Sea to Tuktoyuktuk. What Alberta liked—and we liked—is that if we can get to the Beaufort Sea, then you’ve got three possible markets: You can go up past Alaska and take it to Asia, you can go up through the Russian side of the Arctic and sell it to Europe, or you can take it up through the Northwest Passage and take it to the East Coast.

Q: Part of the reason this is becoming feasible is because of the melting in the Arctic, right?

A: The ocean is open longer, the Arctic ice pack is retreating, the Northwest Passage is open longer, and we’re starting to see more ships going through. Somebody just sent me a picture of a cruise ship going by Tuktoyuktuk.

Q: One of the priorities that Canada had for its chairmanship of the Arctic Council was the safety of shipping through these northern seas. Is it safe right now for oil to be shipped in the northern waters?

A: We already bring in fuel from off shore to re-supply our communities. [But] that’s one of the challenges the report points out. We’re going to need more safety equipment.

Q: To respond to potential spills?

Q: Are you seeing evidence of climate change in the Northwest Territories?

A: We are seeing a lot of evidence. Usually, we have a snow melt to replenish our rivers and hydro reservoirs. This year, the snow just disappeared. When it got hot, the snow was just gone. We didn’t have any rain of substance for three months. We had 300 fires that burned pretty well all summer. The permafrost is melting.

Q: What happens when the permafrost melts?

A: It turns into a black soup. Most of the buildings on permafrost were built on wood pilings that didn’t rot because the ground was frozen. [In recent years], some houses were falling over because the permafrost was melting. There are other things. The tree line is moving farther north. We are starting to see wildlife species we’ve never seen.

Q: What kind of wildlife?

A: Cougars. White-tailed deer. We used to have a million caribou and now we’re down to about 30,000 caribou. You are starting to see hybrid bears.

A: They call them “grolar” bears—a hybrid of grizzly and polar bears.

Q: Are they white, or brown, or beige?

A: They are kind of yellowish. They can have black spots.

Q: You want to do more development of oil and gas and build more pipelines, but, at the same time, you are facing these impacts of climate change. How do you resolve that contradiction?

A: Well, we have to have balanced development. Where we live, we have very high costs of living, primarily due to energy costs and housing costs. We are mainly using diesel, except in the South, where we were using hydro. But, as I said, this summer, there is not enough water in our reservoirs to generate electricity this winter, so we are having to burn a lot more diesel.

Q: But, aside from your local energy consumption, the main opposition to Keystone XL is from people who don’t want the oil-sands production to keep growing because of the associated emissions. But this Arctic pipeline would facilitate that growth. Does that worry you?

A: No, because we would have to go through a regulatory process to identify conditions that we would put on the pipeline.

Q: Which is a bigger priority for the N.W.T., economic development or climate change?

A: They are both priorities.

Q: How can you balance them if, either you are expanding opportunities for oil to be exported and burned, or you’re not getting the jobs and keeping the oil in the ground? Or do you think it’s up to Alberta to clean up the oil sands?

A: I don’t see how you can’t have both. We’re only 45,000 people. We could lead by example, but, no matter what we do, we still need the rest of the world to contribute, as well. It’s not only Alberta; it’s the United States, too. They’ve got 1,500 coal-burning electrical generating facilities. Look at Germany. They don’t want nuclear reactors anymore, so now, they’re back building coal.

Q: Asian countries and others are taking an interest in the Arctic Council as shipping routes open up. Have you seen any impact from their interest?

A: I support it. The more people know about the Arctic, the better. I’ve been to China four times. We are promoting the Northwest Territories as a place to visit and invest in. They have a very large middle class. We’ve been very successful in getting the Japanese to come visit the North in the middle of winter. We figure we can do the same with the Chinese.

Q: What do they do in the middle of winter?

A: They come to watch the aurora borealis. Four years ago, we had 100 Chinese visitors. This year, we had about 2,000.

Q: Only a few billion more to go?

A: That’s what the Chinese say: “Be careful what you ask for.” Also, they have a growing middle class, so they are buying a lot of diamonds these days. And they’re very interested in our natural resources.

Q: What is your long-term vision for the territory?

A: I am very bullish. I think that, within the next 10 years, our GDP will double. We’ll have seven new mines built, at least a couple of diamond mines, lead, zinc, gold, rare earths . . . Four of them have already been approved. Three are having some problems raising capital. And we expect we’ll find a way to develop and market our oil and gas.