Boris Johnson and the peculiar British art of believing in nothing

Leah McLaren: The British PM’s strength lies not in a calculating lust for power but in how few tosses he gives. Here's why voters find it irresistible. 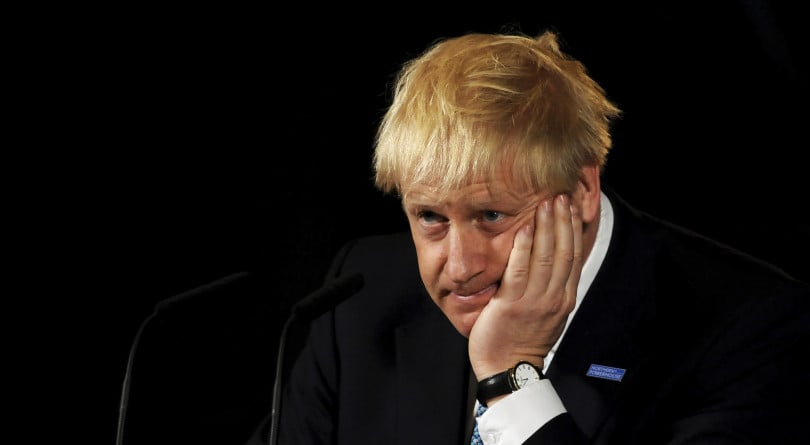 There are few values that unite the British across history and class more than the sublime importance of humour—wit as an effortlessly-wielded form of cultural power.

What North Americans fail to grasp about Prime Minister Boris Johnson (and the British generally fail to recognize about themselves) is that he did not succeed in his long-held, much-mocked ambition of the premiership in spite of his history of lying, shagging and general ludicrousness, but because of it.

The key to Johnson’s appeal has always been the fact that he’s never made the mistake of trying too hard at anything or been consistent enough to pretend to care. That would be dull and if there’s one thing Boris doesn’t do, it’s dullness.

The narrative that Johnson strategically gamed his way into office by selling British people a well-crafted lie (his NHS bus promise a parallel to Trump’s MAGA) is also a delusion. Yes, Boris and Trump are both habitual fibbers with iconic hair and populist harbingers of an era of uncertainty, but that’s where their similarity ends.

British Conservative MPs believe (probably correctly) that Johnson can win the next election because that’s what the polls are telling them and while polls often lie they rarely do so as consistently and with such ass-backward success as the U.K.’s current prime minister. If he does win it will be less a testimony to his political skill than to the weakness of the competition.

READ MORE: Canada’s Brexit talks with the U.K.: There are none

Johnson’s appeal lies in his status as a kind of accidental underdog—he is the clever, charming, fantastically-connected son of privilege who could have accomplished anything but instead sodded off and enjoyed himself, singing into the mouth of every gift horse, making an unholy mess of his life and the lives of those who tried to love him not because he didn’t know better but because it simply amused him to do so.

That his penchant for silliness has resulted in him achieving his heart’s desire is now being sniffed at in Westminster and London media social circles as a moral fable along the lines of “be careful what you wish for.” In the rest of the country, he’s the human punchline to a well-told pub joke—the class clown who accidentally got elected student council president by running a satirical campaign. Either way, Boris—as we really must stop calling him—wins.

While it’s often said that grasping politicians “believe in nothing,” with Johnson it’s a deeper moral truth. Not believing in anything is, quite literally, the only thing he believes in. I’ve met his type before, in fact I’ve met Boris himself on several occasions. (I wrote for him when he was editor of the Spectator.) While he’s undeniably intelligent and disarming, his strength lies not in a calculating lust for power but in how few tosses he gives. This maddening lightness of being is like catnip to British voters. They find it irresistible, but why?

Culturally speaking, the British are known for emotional repression and a strict adherence to etiquette, but there is dark underbelly to this love of order. You won’t glean it from the latest Richard Curtis offering or the Queen’s Christmas speech, but a seductive madness lurks beneath the U.K.’s carefully constructed semblance of reason. This is the best and shortest answer to the widely googled query, “Brexit: WTF???”

There’s a reason the same nation that invented the stiff upper lip and Kate Middleton also brought you the Sex Pistols and Jabberwocky. The desire for oblivion (both in the nihilistic and joyful sense) is woven deep and indelibly throughout the history of British philosophy, art and war.

Rather than despairing, it’s perhaps more helpful to examine the connections. To look at how the inexplicable disaster of Brexit and its chaotic courier, Boris Johnson, connects on a continuum to the genius of John Donne and The Beatles.

Sustained repression followed by a burst of chaotic feeling is the British way—also known as the spontaneous overflow of emotion recollected in tranquillity. It’s the compression that powers the combustion that drives the steam engine that raises the Empire. This is a nation that holds it together and holds it and holds until… KABOOM. When the dust clears, it’s either a tragic mess or a rare work of art. Sometimes, as with Amy Winehouse, it’s both.

As a so-called “foreigner” with a British husband and children, I’ve come to love this rainy irreverent island of princes and hooligans. Those who mistake the British as a nation of queue-obsessed prigs are quite mistaken. At heart they are Pagans dancing round the maypole—a tribe of mischief-makers, people on the side of Puck and Boudica, not the Romans. For all its past glories, the connection to the cosmic joke is this country’s true religion. Chaos, and the need to control it, is the genus of British invention. The madness is the reason the etiquette exists.

Don’t forget Boris Johnson was a classics scholar at Oxford. He knows all this stuff. As Shakespeare once said, the buffoon doth think he is wise but the wiseman knows himself to be a buffoon. Which is nonsense of course but also the absolute truth.