Canada’s media is in thrall to China 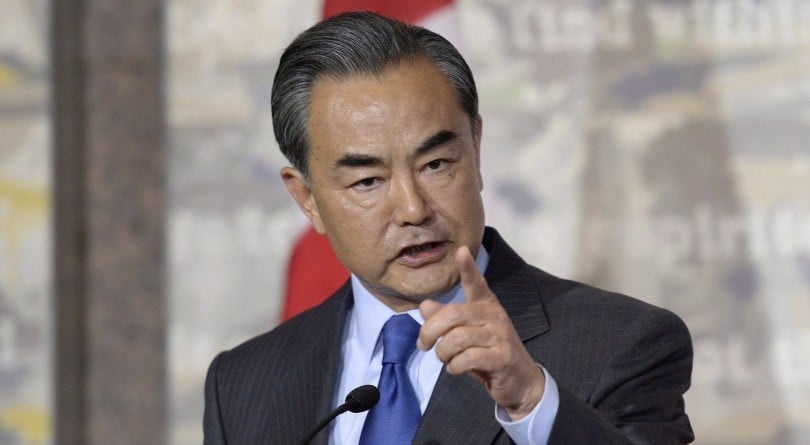 China's Minister of Foreign Affairs Wang Yi responds to a Canadian journalist's question during a press conference on June 1, 2016 in Ottawa. (Justin Tang/CP)

If you’ve been putting any stock in what the Chinese police state’s diplomats and propagandists and their friends in the Canada-China trade lobby have been saying, it’s the opposite of what you would have expected. According to a just-published 7,991-word analysis of 32,502 articles in Canadian newspapers going back to the year 2000, China’s ruling Communist regime hasn’t been getting a bad rap in the Canadian news media after all.

It’s the other way around.

All this time, Beijing has been enjoying “positive” treatment in the pages of the National Post, the Globe and Mail and the Toronto Star—the three newspapers that were the focus of the study. And not just in some general way. Specifically, during the final third of the 16-year-period the study deals with, the coverage of China turned increasingly positive, even though repression in China deepened during those years to degrees unseen since the days of Mao Zedong.

“Notably, the volume of mentions on political rights in China has decreased since the early 2000s,” according to the just-released analysis, published in the Canadian Foreign Policy Journal. Just as the tenuous and barely-tolerated political rights of the Chinese people were collapsing and vanishing altogether and the old-style strongman Xi Jinping was beginning to shred Deng Xiaoping’s modest 1980s’ reforms, the coverage of political rights in China, paradoxically, “becomes slightly more positive.”

The analysis was financed by the ordinarily Beijing-friendly Asia Pacific Foundation, which is partly funded by Ottawa, and partly funded by corporations. Authored by the political scientists Nathan Allen, Andrea Lawlor and Katerina Graham, the study should put to rest the lie at the bottom of a succession of bellicose and petty complaints Beijing has been levelling against the Canadian news media.

Most notoriously, in an outburst at an Ottawa press conference two years ago Chinese Foreign Minister Wang Yi sharply upbraided a reporter for asking a question that touched on Beijing’s annexation of the South China Sea, human rights in China and Hong Kong, and the imprisonment of Canadian missionary Kevin Garratt on trumped-up espionage charges. “Your question is full of prejudice against China and arrogance… This is totally unacceptable,” Wang fairly shouted. “I would like to suggest to you that please don’t ask questions in such an irresponsible manner.”

Last December, after Prime Minister Justin Trudeau’s bungled free-trade trip to China, an editorial in the regime mouthpiece-newspaper Global Times complained: “The superiority and narcissism of the Canadian media. . . is beyond words.” The editorial singled out the Globe and Mail as “irritating,” and Global Times editor Hu Xijin warned Canadians in a video rant: “If you continue to trade with China and benefit from it, you shouldn’t let your foul-mouthed media continue their deeds.”

The media study also looked at the relationship between Canadian public opinion about China and the tone of news coverage and found there was little in the way of a discernible relationship at all, in either direction. Over the years, no matter how upbeat and “positive” the news media’s treatment of China became, the results of ten national public opinion surveys between 2004 and 2016 show that Canadians weren’t being persuaded.

Comparing coverage of Japan and China, the authors conclude: “Counterintuitively, Canadian attitudes toward China have become more negative with increased positive news coverage, while declining coverage of Japan is correlated with increasingly positive views of the country… Feelings are tepid, at best, with Canadians viewing China as a potential threat to their security and economic sovereignty. Politically, Canadians’ evaluation of the Chinese regime is negative, and has grown more negative over the period of study.”

This sharply contradicts the whingeing of Chinese ambassador Lu Shaye, who routinely draws a straight line between what he regards as the news media’s unflattering treatment of China and the low regard Canadians have of his government (for the sake of disclosure, the study cites a complaint by an embassy spokesman that my own work is “absurd, groundless, misleading and thus totally unacceptable”).

Last summer, Lu sat down with the Canadian Press to complain about powerful and “even prejudiced” journalists whose human-rights concerns were hindering the ongoing exploratory Canada-China free trade talks. Canada’s politicians “bow before media,” Lu said. The claim would be hard to square with the notion of a Beijing-hostile news media in Canada exerting much influence over politicians, though, owing to an approach Ottawa now takes to Beijing which is uniquely supine among the G7 countries.

More recently, Lu has been insisting that it is “immoral” for Canadians to harbour misgivings about the takeover of Canadian corporations by China’s state-owned enterprises. Prominent among the skeptics of Justin Trudeau’s openness to SOE takeovers are two former directors of the Canadian Security Intelligence Service, Richard Fadden and Ward Elcock, as well for David Mulroney, a former Canadian ambassador to China.

“These people attempt to weaken the competitiveness of Chinese enterprises by defamation,” Lu said at a forum in Ottawa last month, without mentioning any names. “These approaches are immoral and will be in vain.”

Xi Jinping has lately placed SOEs more directly at the disposal of the Communist Party to serve more effectively as the regime’s overseas acquisitions agencies. A currently contentious $1.5-billion bid to take over the giant infrastructure company Aecon by the China Communications Construction Company, which is more than 60 percent owned by the Chinese government, is the subject of an ongoing national security review. Lu is displeased: “We hope Canada could adjust its mindset and do not always see China through tinted glasses, nor create barriers for two countries’ co-operation at the excuse of national security.”

While the “excuse” of national security and “security risk” implications are routinely raised in opinion surveys that question respondents about China, those public concerns haven’t often found their way into editorial boardrooms. “With a few exceptions,” the study finds, “the security implications of China’s economic rise have been largely ignored by the Canadian press.”

But there are exceptions, of course. There is also the matter of shrinking newsroom resources, although it’s difficult to say whether greater resources would merely mean even more upbeat, positive-spin articles about the potential for “middle class jobs” in deepened trade ties with China. And it’s not just the news media that tends to be starry-eyed about Canada-China relations. It’s become something of a national vice.

“Global Affairs Canada, partisan journalists, and taxpayer-funded think tanks thus produce a relentless deluge of spin, half-truths, and happy talk about our Chinese friends, while condemning even the mildest voices of concern as paranoid, ‘red baiting,’ or even racist,” the Macdonald-Laurier Institute’s Shuvaloy Majumdar recently pointed out.

Even so, Beijing’s emissaries and sycophants still complain. And they have absolutely nothing to complain about.