America is trying to come to terms with its secret use of torture. If only the CIA wasn’t getting in the way. 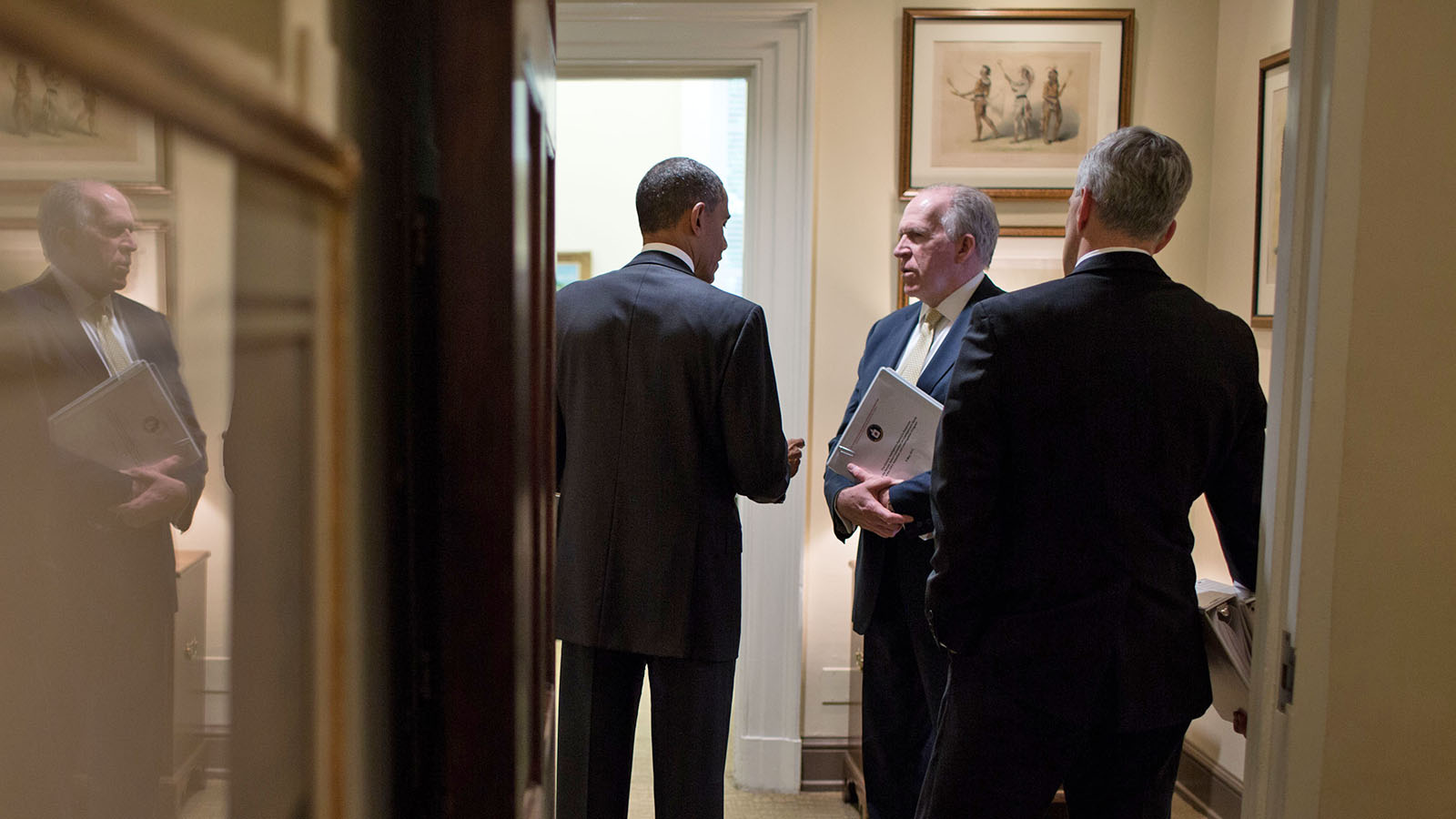 What happens when a group of U.S. senators launches a five-year investigation into torture by the CIA? The Senate staffers’ computers get hacked, their emails get read and documents disappear from their hard drives. Then the CIA attempts to launch a criminal case against the staffers. And when the senator in charge speaks out, the CIA director publicly implies she is imagining things.

It all sounded like a paranoid movie plot until July 31, when a report by the CIA’s own internal watchdog confirmed that not only did these events take place, but, in the course of its investigation, CIA staff members “demonstrated a lack of candour about their activities.”

The Senate’s long-awaited torture report will run to 6,300 pages, according to Dianne Feinstein, the California Democrat who chairs the Senate Select Committee on Intelligence, which is responsible for congressional oversight of America’s spy agencies. The report’s conclusions and a book-length executive summary are supposed to be made public soon. Based on millions of internal documents, the report may be something of a national reckoning for America—a candid, in-depth investigation into interrogation techniques used by the CIA in the wake of the attacks of Sept. 11, 2001. It will also examine the information produced by those techniques, in an effort to settle the question: Did the torture work?

The committee began work on the report in 2009 after senators learned that CIA practices were more extreme than the agency had described them, and that the agency had already destroyed some video evidence of harsh tactics such as simulated drowning, known as waterboarding.

The CIA sought to control the Senate’s efforts from Day 1. The committee had requested the CIA turn over all relevant documents, but, because it was dealing with a large amount of highly classified materials, then-CIA director Leon Panetta “proposed an alternative arrangement: to provide literally millions of pages of operational cables, internal emails, memos and other documents pursuant to the committee’s document requests at a secure location in northern Virginia,” Feinstein explained on the Senate floor last March. The senators agreed to work in the special location, but only on the condition that the CIA provide a “stand-alone computer system” that would be accessible only to tech workers, not other CIA personnel.

That turned out to be a mistake. Feinstein later learned that on two separate occasions, CIA personnel “electronically removed committee access to CIA documents after providing them to the committee.” This included roughly 870 pages of documents that were removed in February 2010, and another 50 that were removed in mid-May 2010, she said, leading the committee to complain to the White House and win a promise that no further deletions would happen. (The dispute appeared to centre on whether the committee was to have access to documents dating from the time of the torture program only, or to later documents that discussed it.)

Given that history, Senate staffers were particularly concerned about a draft of an internal report on torture commissioned by Panetta himself, known as the Panetta Review, written after the program had ended. According to Feinstein, it contained “analysis and acknowledgement of significant CIA wrongdoing” and “documented at least some of the very same troubling matters already uncovered by the committee staff.”

After the committee shared its preliminary findings with the CIA, the agency disputed some of its conclusions in a written response. But Feinstein says their objections are contradicted by the Panetta Review. Fearful that the CIA would delete the Panetta Review, Senate staffers printed out a copy in the Virginia facility and stashed it in a Senate safe, she said. It was a prescient move.

In January, when the CIA became aware that Senate staffers had the Panetta Review, the agency secretly searched the computers being used by the Senate staffers, supposedly on the premise that the staffers had hacked into agency files they were not supposed to have access to. Feinstein insists that the document was provided by the CIA, and alleges that the CIA’s search of Senate computers may have violated several statutes, as well as constitutional limits on the executive branch’s power to interfere with congressional oversight work. Both the CIA and the senators made criminal complaints to the Department of Justice, which declined to pursue them.

After Feinstein publicly aired her concerns in March, current CIA director John Brennan dismissed them. “We are not in any way trying to thwart the report’s progress [or] release,” he said. “As far as the allegations of the CIA hacking into computers, nothing could be further from the truth.” He added: “That’s beyond the scope of reason.” But when Feinstein’s story was corroborated by the CIA’s own inspector general, who found that five agency employees “improperly accessed” the staffers’ hard drives, Brennan apologized to her.

“This is out of a movie,” Republican Sen. John McCain of Arizona told reporters this month. “In some ways, it’s worse than criminal.” McCain, who was tortured in captivity during the Vietnam War and has been a staunch opponent of torture, is one of several senators calling for a high-level outside investigation, arguing that the CIA’s interference with the Senate’s work violated “the fundamental barriers of constitutional authority and responsibility.”

Republican Lindsey Graham of South Carolina agreed. “You’ve got the CIA director not knowing, apparently, that his organization was breaking into computers regarding an investigation of his agency. To me, this is a very big deal and an apology is not enough,” said Graham.

Meanwhile, the report remains secret while the Senate and the Obama administration wrangle over how much of its contents can be redacted or censored. Senators had agreed to withhold names of interrogators and to use pseudonyms instead. Now the CIA wants to black out some 15 per cent of the report’s executive summary—including pseudonyms that would help readers make sense of the narrative. Senators say that goes too far. “Try reading a novel with 15 per cent of the words blacked out. It can’t be done properly,” said Sen. Martin Heinrich of New Mexico.

Declaring that relations with the Senate committee had “hit a new low” and that public confidence in the CIA has been undermined, Heinrich and Mark Udall of Colorado called on Brennan to resign. It doesn’t help that Brennan, a career CIA agent, was with the agency during the period when the worst abuses occurred.

But Obama is standing steadfastly by Brennan, a close conﬁdant who served in his first term as national security adviser and has led the White House decision-making process on the most sensitive national security issues, such as targeted killings using drones. “I have full confidence in John Brennan,” Obama said at a press conference on Aug. 1.

It was another signal that under Obama, a national reckoning on torture will have limits. In one of his first moves after taking office in 2009, Obama closed secret CIA prisons and issued an order requiring all government interrogators to strictly adhere to anti-torture laws. However, despite pressure from many of his supporters, Obama declined to launch a criminal investigation of officials who used harsh tactics approved by Bush administration lawyers.

“We tortured some folks,” Obama said on Aug. 1. “We have to, as a country, take responsibility for that so that, hopefully, we don’t do it again in the future.”

But the President made clear that the responsibility-taking would be collective, not personal for any official or interrogator. “It’s important for us not to feel too sanctimonious in retrospect about the tough job that those folks had,” Obama said. The new report is unlikely to change his view.