Image of the Week: Did the Turkish president really chuck a provocative letter from Trump in the trash? Or did he return it to an embarrassed U.S. president? It barely matters. 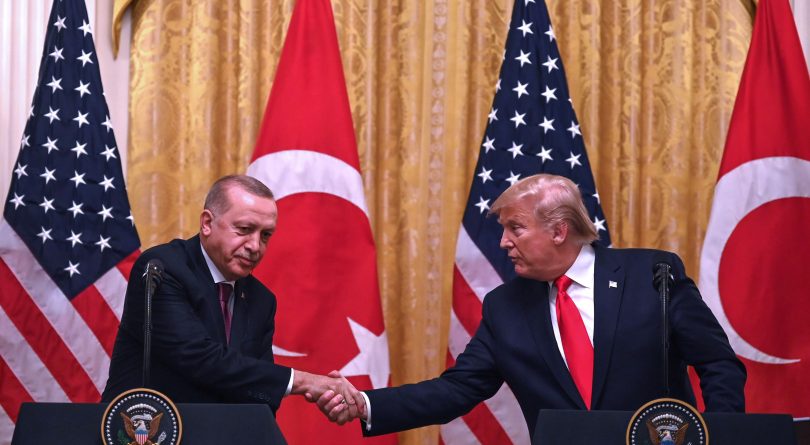 When Turkish president Recep Tayyip Erdogan visited the White House on Wednesday, he received a warm greeting. Donald Trump said he was a “big fan,” and Erdogan easily brushed aside questions about his country’s military strike against the Kurds, who fought alongside U.S. forces in the war against the Islamic State. That guaranteed the Kurds some protection—until Trump abruptly withdrew American forces from the region earlier this year. The lethally short-sighted move resulted in the deaths of hundreds on the ground, after Turkey, which considers the Kurds terrorists, immediately attacked. Trump then wrote a bizarrely un-presidential letter to Erdogan encouraging him to not “be a tough guy,” which Erdogan at the time said he threw in the trash. But on Wednesday, the Turkish president changed his story, saying he actually returned the letter in person to a silent and embarrassed Trump—at least, that’s according to Turkish media, which is using the visit as an excuse to showcase their leader’s power. Seems like Erdogan prefers to be a tough guy after all. What’s Trump going to do about it? Shake the man’s hand, evidently.