Hans Rosling: A truth-teller in an age of 'alternative facts'

Scott Gilmore remembers the legacy of the late Hans Rosling—the world's most famous statistician, who tirelessly preached the gospel of facts, data and truth 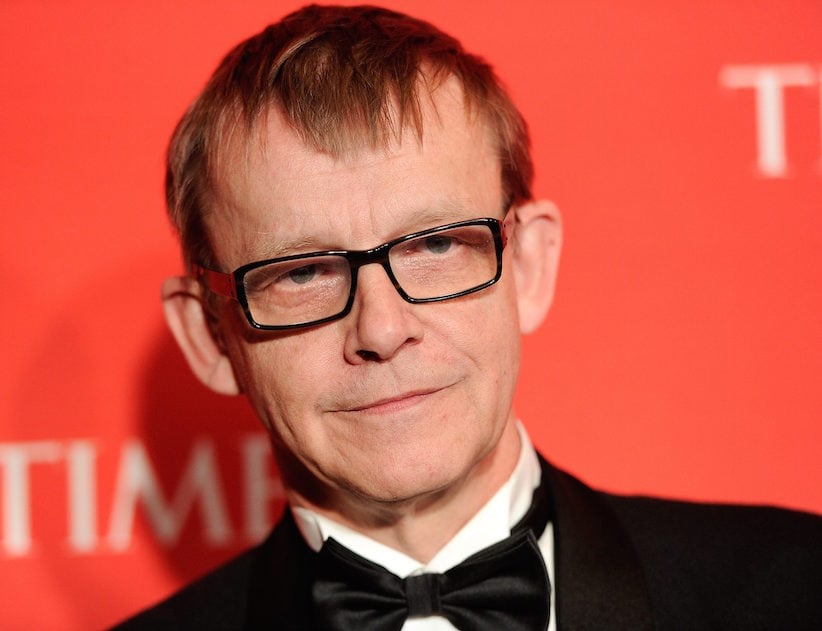 Professor of International Health at Karolinska Institute and co-founder and chairman of the Gapminder Foundation, Dr. Hans Rosling attends the TIME 100 gala, celebrating the 100 most influential people in the world, at the Frederick P. Rose Hall on Tuesday, April 24, 2012 in New York. (AP Photo/Evan Agostini)

It was announced today Swedish academic and medical doctor Hans Rosling died of pancreatic cancer at the age of 68. Rosling may have been the most famous statistician in history. He was certainly one of the most celebrated, and there is no question he (indirectly) changed hundreds of millions of lives. His loss will be felt as the world struggles with the sudden proliferation of fake news, and the popularity of “alternative facts”.

Rosling was born and died in Uppsala, Sweden. And in between he covered a great deal of ground. After studying medicine and statistics he travelled to Bangalore, India, to continue his education in public health. On earning a medical license, he went to Mozambique to practice. From there he traveled to the Congo and Tanzania to study the outbreak of a previously unknown form of paralysis. One village called the illness “konzo”, their word to describe an antelope hobbled at the knees. Rosling used this name when he and colleagues formally defined the disease and published their work, earning him a PhD in the process.

Rosling then went back to Africa, travelling widely to work with local researchers to find a cure for konzo. They determined that changes to the way cassava roots were processed provided an effective prevention. But Rosling’s efforts to spread this message were frustrated by ongoing regional conflict and poverty. The experience convinced him that the real solution to the disease was economic. He argued: “Extreme poverty produces diseases. Evil forces hide there. It is where Ebola starts. It’s where Boko Haram hides girls. It’s where konzo occurs.”

Returning from Africa, Rosling joined the Karolinska Institute in Stockholm, where he discovered his students, and even his colleagues, had crude and misinformed ideas about poverty. To them, and most policy makers in the western world, the “third world” was one uniform mess of war and starving orphans. They did not understand the vastly different experiences of a family living in a Brazilian favela and one living in the Nigerian jungle, nor did they realize how rapidly these countries and economies were evolving. Without this knowledge, how could people make informed decisions about diseases, aid, or economics? “Scientists want to do good, but the problem is that they don’t understand the world,” he said.

Working with his son, he developed software that explained data through easily understood graphics. He launched the Gapminder site, which allowed people to explore and play with data that was otherwise hidden in the archives of the OECD, the World Bank and the United Nations. And Rosling began giving increasingly popular public lectures. His TED Talks and online videos went viral, as he explained global population growth using plastic boxes, or the relationship between child mortality and carbon dioxide emissions with Lego bricks.

Rosling had a natural charm and a ready sense of humour that grabbed your attention and kept it, even if he was talking about the most esoteric elements of statistical science. His message—that the world is getting better but we need to understand the data if we want to help those being left behind—resonated not just with the public, but among philanthropists and government leaders.

From Davos, to the White House, to the offices of the World Bank, Rosling could be found tirelessly preaching the gospel of facts, data, and truth. For generations, aid and charity decisions were taken for reasons of vanity, simplicity or self-interest. Billionaires gave money in ways that would grant them the most publicity. Bureaucrats channelled aid dollars to projects that were the easiest to administer. And western governments built dams in Africa solely to help their own construction companies. The real impact of aid on poverty was rarely considered and almost never measured. Rosling helped change that, by explaining to donors that ignorance is the first battle that must be fought in the war against extreme poverty.

This idea, as obvious as it seems in hindsight, was new. And it mattered. Governments listened. Donors became converts to Rosling’s religion of evidence-based policy. He was not its only apostle, but he was among its most well-known, and the only one with millions of views on Youtube.

Ironically, Rosling had a much more critical assessment of his own influence on the world. He called himself an “edutainer”, and in a 2013 interview he bemoaned the fact that the average Swede still overestimated the birth rate in Bangladesh: “they still think it’s four to five.”

“I have no impact on knowledge,” he said. “I have only had impact on fame, and doing funny things, and so on.”

The deputy prime minister of Sweden, Isabella Lövin, disagreed. After Rosling’s death was announced, she wrote: “He challenged the whole world’s view of development with his amazing teaching skills. He managed to show everyone that things are moving forward … I think the whole world will miss his vision and his way of standing up for the facts—unfortunately it feels like they are necessary more than ever at the moment.”

A few hours after the announcement of Rosling’s death, Betsy DeVos, a Republican donor who believes the American school system should be reformed to “advance God’s Kingdom” was confirmed as Donald Trump’s Secretary of Education.