Does Canada have too many immigrants?

From Europe to Asia, populist forces are surging as a fear of foreigners pushes nations to a tipping point. More newcomers leads to more support for right-wing populism. 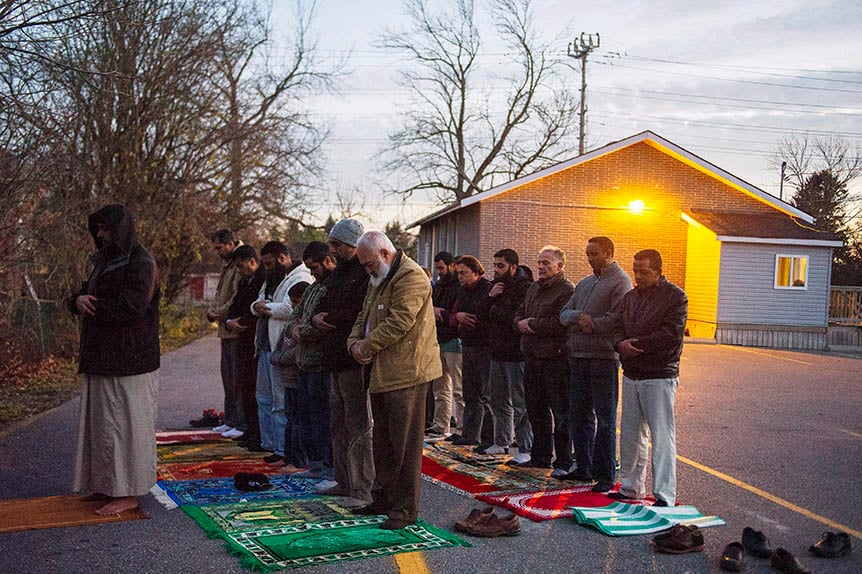 Congregation members hold prayer in the parking lot, on Sunday, November 15, 2015, after the only mosque in Peterborough, Ont., was deliberately set alight Saturday night. (THE CANADIAN PRESS/Christopher Katsarov)

Populism, at face value, seems almost healthy. Or at least to me it does. I was raised in Alberta, a populist heartland. It was accepted as a fact that the government chronically ignores “the people.” Men like Ralph Klein, who drank in a rundown pub and boasted about his lack of education did well there. Ralph, as he was universally known, painted himself as an outsider, the only one looking out for the roughnecks and the farmhands. And we ate it up.

But after I moved overseas, it didn’t take me long to realize populism isn’t just backslapping good ol’ boys. I found that from Indonesia to England, “rule by the people” almost always ends up undermining democracy.

At the heart of every populist movement is the idea that the establishment has to go. There is no grand theory of economics or social policy. There is the idea that the people are being hurt by the powers that be—and that makes the establishment illegitimate. Therefore, the only legitimate candidate is the populist. He or she is on the same side as the people, and electing him or her means the people will be back in charge. As Trump himself explained during his inaugural address: “Jan. 20, 2017, will be remembered as the day the people became the rulers of this nation again.”

Because the current way of doing politics is illegitimate, populists scorn it by acting out. Their supporters love the “honesty” of their transgressions, sexual escapades and illicit opinions. This erodes the political system. Consider the United States. In the next election cycle, will voters see sexual assault or tax evasion as a disqualiﬁer?

The populist is the avatar of the people, the embodiment of their will. If somehow they lose the election, then the people’s will was subverted; the election was corrupt, or there was a conspiracy to stop them. Spreading doubt about the electoral system further erodes democracy and the public’s trust in institutions.

Even after taking power, a populist still needs an opponent. This means attacking the bureaucrats, policies and systems that were in place when he arrived. The battle against the establishment is constant, and success is a zero-sum game, measured by how much the other guys lose. In the end, the greatest casualties are actually the institutions that keep a democracy relatively stable.

There is one other foil that populists almost always target: immigrants, minorities and foreigners. In France, the populists blame Muslims (8 per cent of the population). In Indonesia, it’s the Chinese (1 per cent). In the United Kingdom, it’s the Jews (0.5 per cent). It doesn’t matter how small or powerless these groups are, they are held responsible for any setback or failure suffered by a populist government or movement.

From our podcast: What are Canada’s attitudes toward immigrants, really?

Right now, it feels like populism is surging globally. In the U.K., we have seen the rise of the anti-immigrant UKIP party and the success in the Brexit vote to leave the European Union. Across the channel, the polls are predicting the anti-Muslim, anti-European Union party of Geert Wilders may form the largest party in the Netherlands’ parliament. Similarly, in France, the Front National’s Marine Le Pen is being boosted by her ability to blend centrist policies with strong anti-immigration messages.

In Hungary, the anti-immigrant Prime Minister Viktor Orban gave a speech this week calling for more “ethnic homogeneity.” Not surprisingly, he also wants closer ties to Russia. There, Vladimir Putin is the most inﬂuential populist in the world. At home, he has pushed an agenda of nationalism, while energetically subverting elections. Abroad, Russia has actively supported populist movements everywhere: money to Le Pen in France, leaked emails for Trump and clandestine support for the Brexit campaign in the U.K.

Another new friend of Russia is Turkish President Recep Tayyip Erdogan. He has become increasingly populist while greatly expanding his powers. Further south, in Africa, the past decade has seen a marked increase in populist movements in countries like Zimbabwe, South Africa, Cameroon and Equatorial Guinea. In Asia, the Philippines elected an anti-intellectual strongman who boasts about breaking the law. And in India, Prime Minister Narendra Modi came to power railing against a corrupt and ineffectual status quo and making abusive comments against the Muslim minority. 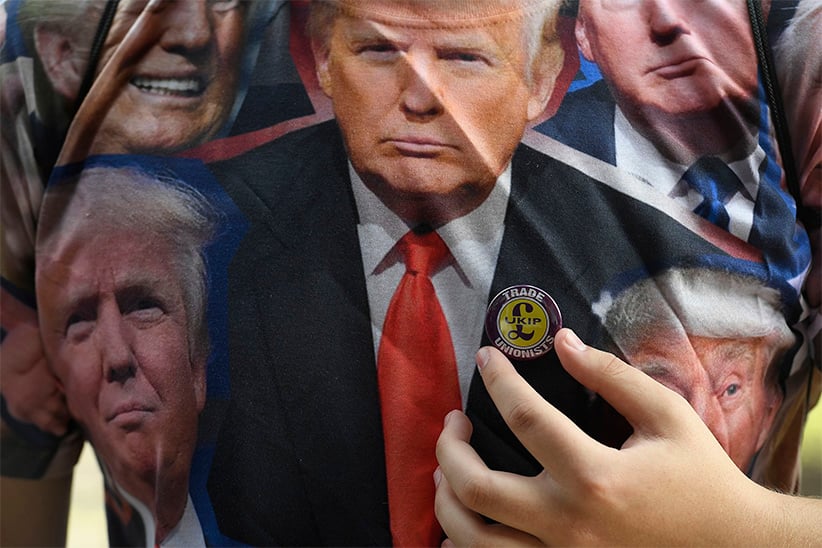 Which brings us to Canada. Will we see a similar rise in populism here? When I sat down to write this column, my instinctive answer was “no.” I agreed with many of the arguments made by my colleague John Geddes, who sees systemic and political barriers to Canadian populism. My thinking was that the apparent growth in global populism is because we are focused on Trump and starting to pay attention. But where I could ﬁnd data, it didn’t support my conclusion. One study from Harvard, for example, found that support for populist parties on both the left and the right has grown undeniably and steadily since the 1960s, doubling its support since then.

But it was another study completed late last year by a group of academics from the U.S., Europe and Japan that left me especially troubled. They looked at a dozen European countries to see if there was a correlation between the relative size of the immigrant population and the support for right-wing populist movements. The researchers found that there was a direct connection, and that support grew at an increasing rate as the size of the immigrant population grew. And what is more, their data suggested there was a “tipping point” in western societies: when immigrants comprised 22 per cent of the population, support for anti-immigrant parties approached a political majority. If a country takes in too many immigrants, a populist backlash may be unavoidable.

In Canada, our foreign-born population is already at 20 per cent and growing. This is far higher than in the United States and (except for Luxembourg and Switzerland, where there are large numbers of itinerant professional residents like bankers) it is far higher than in any other European nation. And it’s getting bigger. Statistics Canada just released a report that projected Canada’s immigrant population will increase to between 26 per cent and 30 per cent within two decades. This puts Canada well beyond the theoretical 22 per cent threshold in the European study.

MORE: Q&A with Preston Manning on Canadian populism in the Trump era

It makes sense that countries become unstable with too many foreigners. I have ﬁrst-hand experience in places like Pakistan and Timor Leste, where sudden massive inﬂuxes of refugees can pull a country apart at the seams. But is it possible that even when immigrants arrive gradually and they are integrated successfully, it can still destabilize a country? Perhaps a populist backlash is inevitable in Western democracies when the immigrant population grows to a certain size.

This is not because the newcomers bring crime or undermine our democratic institutions (they do neither), but because the native citizens, whether they are Canadians or Austrians or Americans, instinctively feel threatened by newcomers. Perhaps the experiences add up—new faces on TV, new clothes in the street, new music on the radio—until the average person reaches a tipping point and pushes back. After all, a fear of strangers is wired into our brains, an instinct that kept us alive in our tribal past.

If this is true, it upends a lot of assumptions that this country is built on regarding multiculturalism, pluralism and immigration. Canada may be facing larger global forces, tectonic shifts which are are not felt until it’s too late and a populist earthquake shatters our carefully built house of peace, order and good government.