Outrage, but no surprise, as Japan returns to hunting whales

A year after the International Court of Justice ordered Japan to stop the hunt, whalers are once again taking to the seas 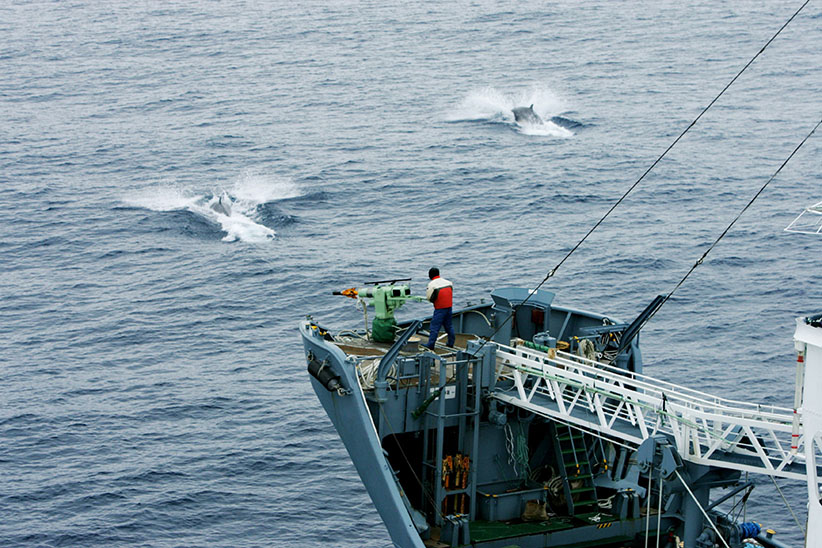 In the name of “science,” Japanese whalers set sail on Dec. 1 for the Southern Ocean around Antarctica, where they will capture and kill 333 minke whales. Commercial whaling has been banned for nearly three decades, but—exploiting a loophole that allows for scientific research—Japan has carried on, selling leftover whale meat for consumption. This year’s hunt is mired in an extra layer of controversy. In 2014, the International Court of Justice, in The Hague, ruled that Japan stop whaling in Antarctic waters, shutting down claims to scientific legitimacy. Last year’s Antarctic hunt was cancelled, but this year, after introducing a somewhat scaled-down program, Japan is going ahead once again. Scientists and conservationists are outraged, if unsurprised.

A moratorium on commercial whaling has actually been in place since 1986, but Japan, Iceland and Norway continue to hunt. Japan claims to be collecting demographic information on whales, or managing their populations. The other two countries say they don’t agree with the ban, so they won’t abide by it. Japan’s hunt is the largest: between 1987 and 2014, it’s killed some 10,000 minke whales in Antarctic waters. (Japan also hunts in the northern Pacific, although that program wasn’t the subject of the court ruling.) 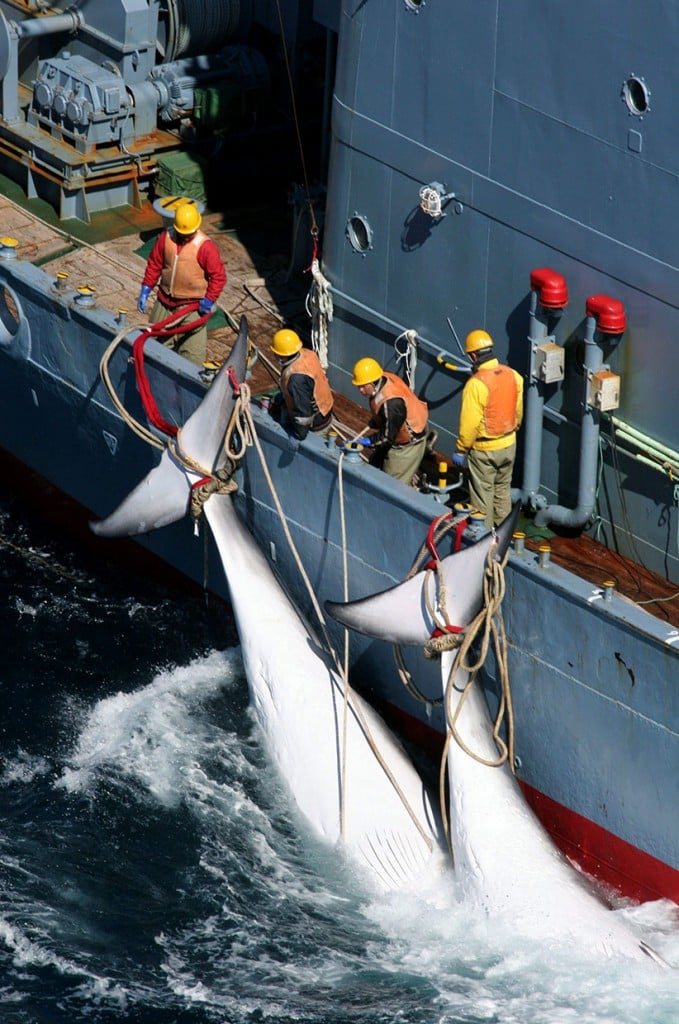 Scientists say there are very few, if any, scientific reasons to kill a whale. “One reason [Japan has] given recently is age determination,”says Seattle-based whale biologist Phillip Clapham, who leads the cetacean assessment and ecology program at the National Marine Mammal Laboratory. Minke and some other whales have “a waxy plug in the ear,” he explains, with rings that roughly correspond to age, “like tree rings.” Clapham maintains that non-lethal techniques, like taking skin biopsies for genetic analysis, are more effective: the same whale can ideally be sampled over and over again, giving a more complete picture.

Canadian biologist Shane Gero, based at Aarhus University in Denmark, is founder of the Dominica Sperm Whale Project, which has tracked sperm whales living around the Caribbean island for the last decade, providing new insights into how these whales communicate in distinct “dialects,” raise their calves, and even transmit knowledge from one generation to the next. “Long-term behavioural projects have shown we can study really integral questions,” he says. And new technologies are only helping: Gero points to a project off the Australian coast, using drones to assess the health of humpback whales. “Marine science is based on technology, and always has been,” Gero says. “In my personal and professional opinion, our technologies have moved beyond the harpoon.”

In Japan, the taste for whale meat is declining, and the hunt has become something of an embarrassment (clashes between whaling ships and activists have been the basis for an Animal Planet TV show, Whale Wars). Still, officials insist that harvesting whales is as necessary as ever. In October, Japan advised UN Secretary-General Ban Ki-moon that it doesn’t recognize the court’s jurisdiction on matters related to “living resources of the sea.” Australia, which took Japan to court, is strongly opposed to resumed activities in the Southern Ocean, and said it might send a boat to shadow whalers. “There was never any doubt Japan would rebrand its Antarctic whaling program, and go ahead,” Clapham says. “And until someone makes them pay a price politically,” he adds, “it will continue.”