The Cold War heats up

By invading and annexing Crimea, Russia has raised the spectre of outright war with NATO 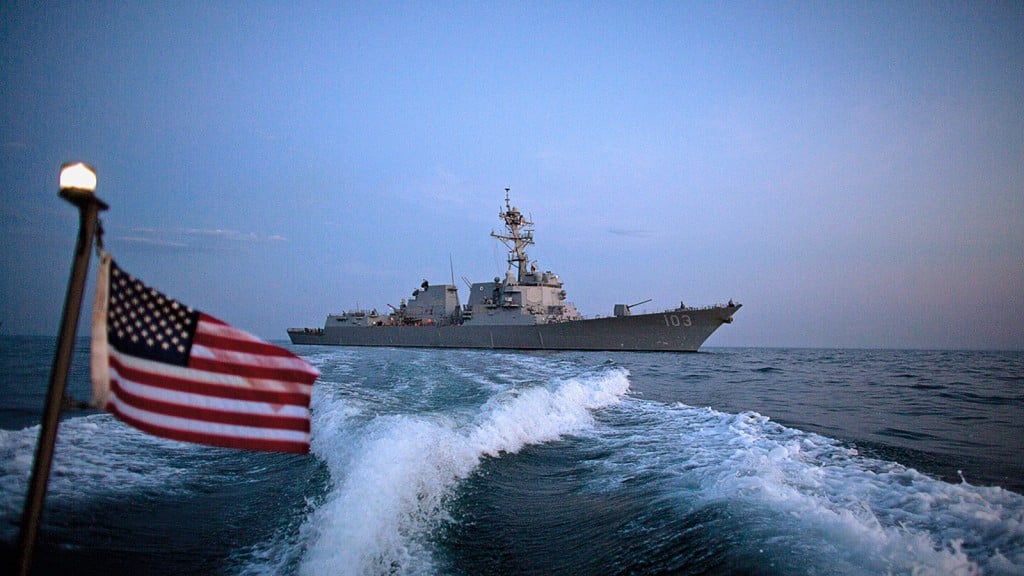 In 1989, the American author and political scientist Francis Fukuyama watched the once-great Soviet empire begin to fray and concluded that history itself was ending.

His essay, and subsequent book titled The End of History and the Last Man, argued that the end of the Cold War might also mark the final step in humanity’s ideological evolution. Western liberal democracy would become universalized, and nothing would replace it.

Some Western leaders believed that the conclusion of the political struggle between Communism and democracy meant that conflict between the Western and Soviet blocs must end as well. After a September 1990 meeting with Soviet president Mikhail Gorbachev, American president George H. W. Bush said a “new world order” was possible because the era of “East-West confrontation” was over.

As things turned out, liberal democracy did not triumph globally with the end of the Cold War. But at least the potential for a violent clash between Russia and the West seemed consigned to history. European and Russian economies were integrated. Russia joined the Group of Eight club of developed nations. Whatever tensions remained, few worried about outright war between Russia and NATO—until now.

In February, after a popular protest movement toppled the pro-Russian president of Ukraine, Russia invaded and then annexed the Ukrainian territory of Crimea. The move, accomplished with stealth and startling efficiency by Russian troops wearing uniforms without insignia, and local pro-Russian militiamen, has revived dormant fears about Russian expansionism.

Prior to Russia’s invasion, many in the West believed that history, defined as a contest between East and West, really was over, says Marcin Bosacki, Poland’s ambassador to Canada.

“Now we see that history is a beast which can hit you at any time in the shape of little green [uniformed] people who don’t identify themselves, but are in tens of thousands and are heavy-armoured.”

By annexing Crimea, Bosacki notes, Russia broke a commitment it made when it signed the 1994 Budapest Memorandum on Security Assurances, in which Russia, Britain and the United States pledged to respect Ukraine’s existing borders in exchange for Ukraine giving up its nuclear arsenal. “If you break by force an international agreement in which one country gives up a nuclear arsenal in order to have its borders and sovereignty secured, you can expect anything.”

Suddenly, security threats that seemed remote or academic only two months ago are frighteningly real. One of Russia’s justifications for invading Crimea—protecting the Russian minority there—could be just as easily applied to other regions of Ukraine, as well as to countries such as Estonia or Latvia. Moscow’s contention that Crimea belongs to it because Crimea has been part of Ukraine only since 1954 is a disturbing precedent to set in a part of the world where many borders are newer than that.

Europe, in short, has become a much more dangerous place. During the Cold War, the task of confronting Russian aggression on the continent fell to NATO. That remains its job. What’s no longer certain is whether the alliance is still up to it.

ARTICLE 5 of NATO’s founding charter is clear: An attack on one member state is an attack against all of them, and members must protect each other. It’s a clause that cuts two ways. Those within the alliance are sheltered by the military might of their allies. States that don’t belong to NATO are not.

Ukraine is not a NATO member. Its consequent vulnerability was starkly revealed by the ease with which Russia conquered Crimea, and the absence of a Western military response.

NATO Secretary-General Anders Fogh Rasmussen described Russia’s annexation of Crimea as a “wake-up call” for the alliance, and “the gravest threat to European security and stability since the end of the Cold War.” This doesn’t change the fact that NATO did nothing to stop it.

Ukraine is, in fact, the second country in NATO’s backyard that Russia has invaded in the last six years. In 2008, Russia swept into the Georgian territories of South Ossetia and Abkhazia and, following a short war, effectively annexed them by officially recognizing the territories as independent republics.

Some have argued that Russia’s aggression against non-NATO members Ukraine and Georgia suggests membership should be extended to those countries as a protective deterrent against future Russian encroachment. (Canada supports the eventual integration of both states into NATO, should they wish to do so.)

Such a move would infuriate Russia, which already feels that the alliance has moved too close to its borders since the Cold War’s end. But Russian opposition isn’t a reason not to offer membership, says Jeremy Shapiro, a visiting fellow at the Brookings Institution. The more relevant question is whether both prospective and current NATO member states are willing and able to fulfill the obligations of mutual defence that membership requires. In other words, are NATO states, including Canada, prepared to go to war over Ukraine?

NATO may be able to avoid answering that question for now. Ukraine’s interim prime minister, Arseniy Yatsenyuk, said last week that “solely for the sake of preserving Ukraine’s unity,” the country’s accession to NATO is “not on the agenda.”

But other countries, already NATO members, also feel threatened by Russia. “When I hear the NATO secretary-general say that what happened in Ukraine was a wake-up call, then I just think how deeply NATO has been asleep,” says Gita Kalmet, Estonia’s ambassador to Canada.

About 25 per cent of Estonia’s population is Russian, and Russia frequently accuses Estonia of mistreating them. It recently compared Estonia’s supposedly discriminatory language policy to Ukraine’s—sparking concerns that, as it did in Crimea, Russia might use the pretext of protecting Russian minorities to justify invading Estonia.

“Russian aggression is not only a danger for us, it’s a danger for the whole of Europe. What Estonian people are worried about is whether the West will take it all seriously,” says Kalmet.

Estonia is one of the few NATO countries that still spends at least two per cent of its GDP on defence. Spending is down across much of the alliance, including in Canada, even as Russia increased military expenditure by some 79 per cent between 2002 and 2012, according to a Brookings Institution study.

Russia fears countries that were once part of the Soviet orbit will slide away toward Europe and the West, joining organizations such as NATO and the European Union. States that Moscow can’t keep loyal, it tries to weaken and divide.

“Russia is defining its security through the insecurity of its neighbours,” says James Goldgeier, dean of the School of International Service at American University in Washington. “It’s been actively seeking to create instability in Georgia, in Moldova, in Ukraine, as a way of addressing its security needs.”

The future political orientation of those countries, and others now hovering between East and West, is still in play. Western states have non-military tools to use. Poland and Canada, for example, will soon announce joint projects to develop free media and civil society in Ukraine. And Ukraine’s Western allies continue to exert diplomatic pressure on Russia. On Monday, leaders of the Group of Seven nations announced they would meet this year without Russia, boycotting a G8 meeting planned for Sochi.

But Kalmet and Bosacki also believe NATO’s “eastern flank” must be militarily strengthened. To some extent, this has already happened. Earlier this month, America sent 18 fighter jets and more than 300 military personnel to Poland and Lithuania in response to the Russian invasion of Ukraine, and concerns that further aggression could follow.

“We don’t need a change of perception. It has already happened on both sides of the Atlantic. The perception that Europe is safe, peaceful, and that nothing will happen again, is over.”