The disunited kingdom: Why class is key in the U.K. election

Scott Gilmore on interesting times in U.K. politics and why Jason Kenney is such a hot topic at British dinner parties 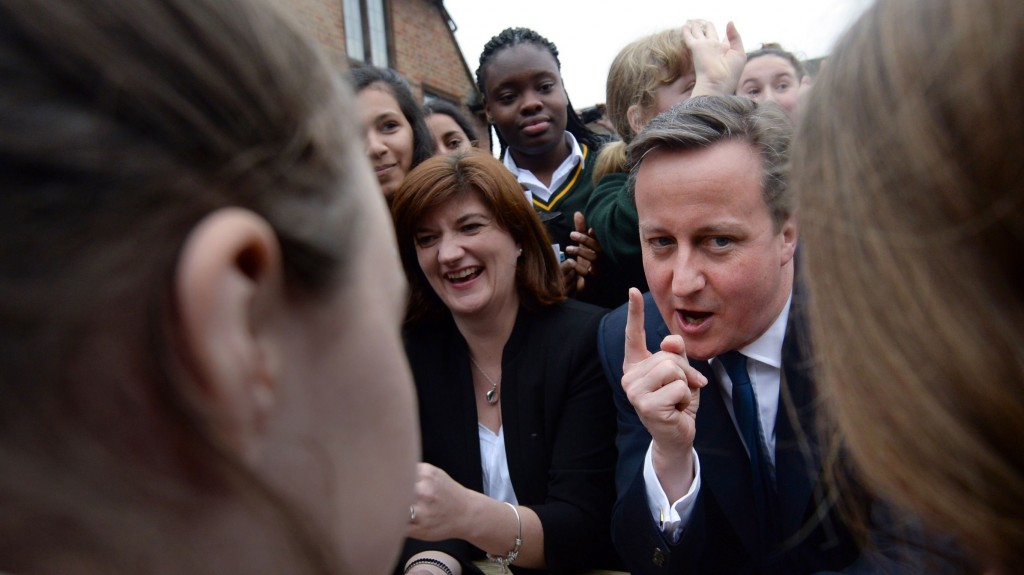 None of my British friends like each other. When I try to bring any of them together, they immediately begin to circle like wary Yorkshire terriers, listening carefully for accent, sniffing out the other’s social rank. Quickly, inevitably, the class distinction will be established; one will become condescending, the other resentful, and the evening deteriorates from there.

I used to think this was my fault, for preferring the company of interesting but difficult people. But, in truth, the British remain one of the most class-conscious societies in the Western world, and they are becoming even more fractured than ever.

Traditionally, the United Kingdom was divided into three classes: working, middle and upper. These distinctions were clear when this was primarily an industrial society. But recent sociological research suggests these categories have fragmented. One massive study, undertaken two years ago, proposed there are now seven distinct classes, divided not just by occupation and wealth, but also by their social networks and cultural capital.

At the same time, new data show that social mobility for the lower classes is declining and is more likely to be in a downward direction. John Goldthorpe, who led that study, noted, “For the first time in a long time, we have got a generation coming through education and into the jobs market whose chances of social advancement are not better than their parents—they are worse.”

Income inequality between the classes is also rising. The Gini coefficient, which is a statistical measurement of household income disparity, has increased steadily in the U.K. since the 1970s and may be at an all-time high. Some observers see this driving a mounting resentment, particularly among the white working class, against new immigrants and those perceived to be more privileged.

Not surprisingly, this growing division is increasingly evident in British politics. For decades, you could rely on the elite to vote Tory, and the working class to vote Labour. Not anymore. Membership in both parties has declined to its lowest point in history.

At the same time, there has been a significant increase in the fortunes of one-issue or traditionally fringe political movements such as the Green Party, Respect Party, and UKIP; or regional parties like Plaid Cymru (in Wales) and the Scottish National Party. Their combined support has remained in the single figures since the Second World War. And now? Current polls show 25 per cent of likely voters intend to back them in the May general election.

These numbers are troubling for the Tories, in particular, who, theoretically, should be riding high, buoyed by the overall health of the nation. Britain is at peace (mostly—it has contributed a modest amount to the anti-Islamic State mission in Iraq) and its economy is thriving. The FTSE, a index of the largest 100 companies on the London Stock Exchange, just surpassed the 7,000 threshold, its highest point in history. Unemployment is at a six-year low and GDP growth is expected to be among the strongest in Europe. Emblematic of this resurgence, the population of London just surpassed 8.6 million, its highest level since its pre-war peak. Yet Prime Minister David Cameron and his Conservatives ﬁnd themselves standing on a smaller and smaller base, with 30 per cent fewer members than the Labour party. In fact, Tory membership numbers were 20 times higher in the 1950s.

Which is perhaps why I was being peppered with questions about Canadian politics at a recent dinner party. I was a guest at a country house, one of those rare places where they still dress for dinner in black tie. We sat beneath the antlers of deer taken by King James when he was a guest 407 years ago. Not surprisingly, many of those around the table viewed Cameron’s prospects with concern.

Even in Canada, outside of certain neighbourhoods of Ottawa, the voter-outreach strategy of Defence and Multiculturalism Minister Jason Kenney is not a common topic of conversation. But on this occasion, I was asked detailed questions about “Mr. Kenney” and how he was able to court the socially conservative members of the immigrant community while his party simultaneously indulged spurious debates about niqabs. That was a balancing act they wished their own Conservatives could learn, as they contend with an increasingly disunited United Kingdom.

After dinner, one of the guests leaned in over his glass of port and quietly confided to me that he would likely vote Labour, regardless. “Wouldn’t that be betraying your class?” I asked. He agreed with a mischievous smile.

Early the next morning, one of the household staff drove me down to the village so I could catch my train back to London. I asked about Labour and the Tories, but he had no opinion. We bumped along the rough road in silence; then, unprompted, he began to complain about the gamekeeper, resentful that only he gets to drive the estate’s new Land Rover.