The mysterious disappearance of poverty

In the last 15 years, we've seen a greater drop in extreme poverty than at any time in human history, writes Scott Gilmore 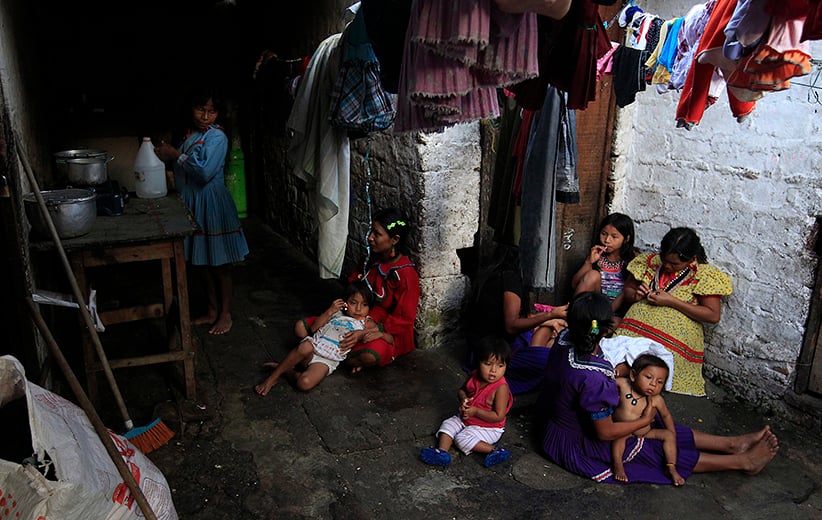 How do you help the poor? It is a very old question. The Roman emperor Nero found the answer in the advice of Stoic philosophers like Seneca, and built an awe-inspiring palace covered in gold leaf. This would fill the lower classes with gratitude for being blessed with such a glorious leader. Perhaps not coincidentally, the Roman senate ended Nero’s reign by ordering him to commit suicide four years later.

In the 21st century, our answers are not much better than Nero’s. This is once again obvious, as the American Economic Journal: Applied Economics recently published six studies looking at the impact of microfinance on poverty.

Microfinance has been hailed as a panacea for the world’s poor. The Bangladeshi economist Muhammad Yunus popularized the practice of providing very small loans, without collateral, in order to support entrepreneurship and alleviate the more insidious effects of extreme poverty. The idea quickly spread around the world. There are now more than 10,000 microcredit organizations, providing 75 million borrowers with loans totalling more than US$38 billion.

In awarding Yunus the Nobel Peace Prize in 2006, the Nobel committee lauded “the important liberating force” and its major role in ending poverty. Unfortunately, it turns out this was wrong. The six independent reports, covering multiple countries and more than 37,000 people, all agreed: It is not especially effective.

Reconsidering the idea in hindsight, maybe this should have been obvious. For the poorest, income can be very erratic. A microloan will ensure your kids eat this month, even though you did not sell any vegetables at the local market. But it won’t allow you to lease more land or buy a canning machine. It won’t help you move up the economic ladder. It is a palliative. Microfinance treats the symptoms of poverty; it is not a cure.

But, on those merits alone, it is still a worthwhile endeavour. Even the most basic banking services are needed, and microfinance does make poverty less painful. At the very least, it does not hurt, unlike countless other “answers” to poverty, which turned out to be even more counterproductive than Nero’s Golden Palace.

We should not be too disheartened by this news. Microfinance may not be working, but something is. In the last 15 years, we have seen a greater drop in extreme poverty, by relative or absolute measures, than at any time in human history. In Asia, Africa and Latin America, every year, the ranks of the poorest shrink.

In 1980, half the world’s population lived on less than $1.25 a day. Now, it is only one in seven. Most experts agree with the celebrated statistician Hans Rosling, who predicts that the number of people living in extreme poverty could be reduced to zero within the next few decades. How? That is where the debate begins.

One predominant school of thought contends that only large, well-coordinated and well-funded aid programs will do this. Proponents include U2 frontman Bono, who has long lobbied for Canada and other donors to dedicate 0.7 per cent of GDP to development spending. Others scoff at this, pointing to the economic miracles of China and Latin America, which had little to do with aid. They argue that trade liberalization and entrepreneurship are the only reliable ways to fight poverty. An increasingly vocal minority, not surprisingly, heard most frequently in Silicon Valley, believes in technology-driven solutions, such as solar-powered cook stoves and WiFi-enabled blimps.

At times, the debate has been heated, which is understandable, given the stakes. After 2,000 years, there is still no consensus on how to help the poor. But, one way or another, there is a good chance we may not be arguing about it for much longer.