The time I started a spy agency 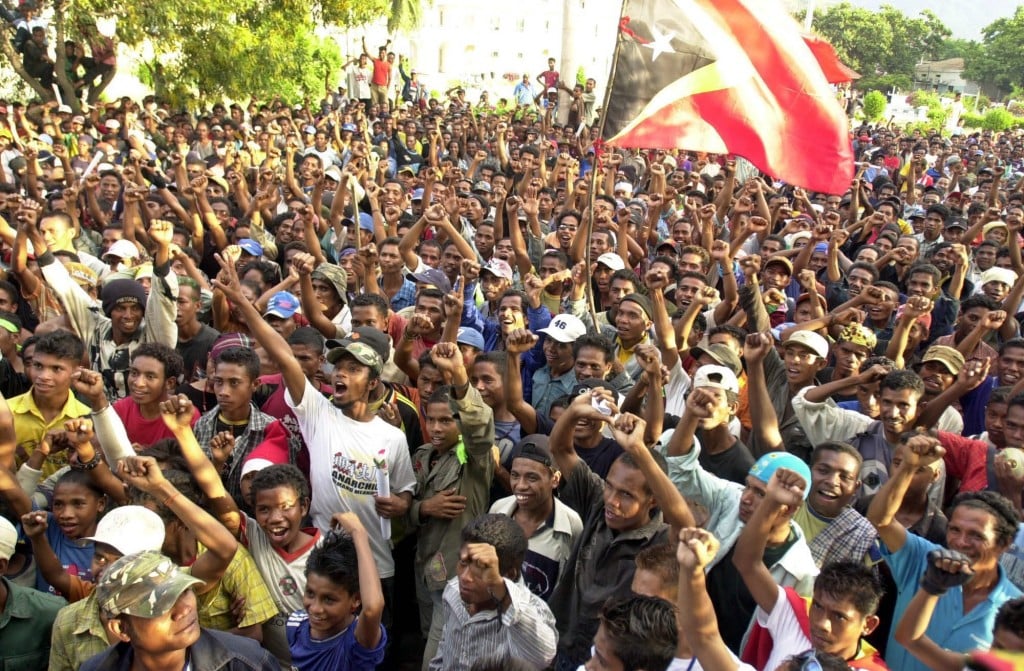 Thousands of East Timorese demonstrators shout slogans against Prime Minister Mari Alkatiri in 2006, in the midst of weeks of violence and political chaos. (Firdia Lisnawati/AP)

I helped create the Timor-Leste Intelligence Agency. The affair ended badly, and as I look over my notes from that time, it reads like a humorously sad Evelyn Waugh novel.

I was then a Canadian diplomat, but looking for adventure I had taken leave to join the United Nations peacekeeping mission in Timor. In 1999 the Timorese had voted for independence. Responding like a petulant child, the occupying Indonesian army destroyed almost every town as they withdrew, forcibly taking a third of the population with them. The UN was picking up the pieces, building a functioning state to be handed over to the bloodied but now free Timorese.

I was responsible for “national security” and reported to the UN’s head of mission Sergio de Mello (who tragically died four years later, in the Baghdad Canal Hotel bombing). That wasn’t supposed to be my job, but my supervisor had resigned and I was left in an “acting” role well above my capacity.

One day, de Mello told me the Timorese prime-minister-in-waiting, Mari Alkatiri, wanted an intelligence agency. We, of course, did not think the tiny nation could afford one. But during 24 years of occupation, the brutal Indonesian security service taught Alkatiri a practical lesson: spies matter. And so I was reluctantly ordered to build this agency and informed that my Timorese deputy, “Fernando,” (I’m changing his name for obvious reasons) would be its first chief.

We drafted a mandate, designed a structure, and built a very modest budget. I spent long hours with Fernando working on the agency’s operational scope and the necessary oversight measures. He was very interested in whether they should carry guns.

A few days before the Timorese took over the new government, Fernando and I briefed Alkatiri on our progress. He was not impressed with anything I had to say about oversight which he regarded as “just more bureaucracy.” I was dismissed from his office, and the soon-to-be prime minister and his soon-to-be intelligence chief continued their discussion without me.

Independence Day came and I left on the next flight out.

Four years later I returned to Timor on business. I had since left the diplomatic service but had maintained contact with Fernando. He was waiting on the airport tarmac, smiling and surrounded by staff. I admired the reconstruction through the tinted windows of his Land Rover as we were chauffeured into town. The grand whitewashed colonial palace that dominated the seafront was now the prime minister’s. On its second floor Fernando led me through a concealed door to his new headquarters.

It looked like the film set of a spy thriller. The doors had digital passcodes. Expensive leather chairs surrounded the enormous conference table. The walls were lined with video screens and satellite imagery detailed the current status of operations.

The agency had become the prime minister’s private spy ring. All our plans for oversight were gone, and there was no parliamentary committee to review its growing budget or activities, which had evolved from monitoring foreign threats to searching for domestic ones. Fernando proudly explained he had agents in even the most remote districts.

Not surprisingly, the opposition parties quickly feared these domestic spies and accused the prime minister of using them for his own partisan purposes. This contributed to an increasingly volatile political atmosphere. Soon after I reunited with Fernando, the armed forces rebelled and there was almost a civil war. Alkatiri, accused of ordering assassinations, was forced to resign. The new government swiftly shut down the spy service.

I met Fernando again a year later in a dusty café. Because of the increasing instability, he now carried a pistol for protection. I was going to make a remark about finally getting that gun he always wanted, but he was too preoccupied to see the humour.

Canada and Timor-Leste are so different they can barely be compared. I cannot imagine any scenario wherein our intelligence agencies contribute to rebellion. I share this story only to illustrate one small point.

Buried in my notes from my time in Timor is the warning “a culture of secrecy has a habit of growing and in turn creates a culture of suspicion.” That turned out to be surprisingly prescient. The Timorese PM hid his intelligence agency in a shroud, keeping all its activities a secret. Not knowing what Fernando’s agents were doing led to a poisonous amount of suspicion among the opposition and the public.

That is worth considering as we debate the new anti-terror legislation. The proposed law provides the Canadian Security Intelligence Service with additional powers but not with more parliamentary oversight. Public Safety Minister Steven Blaney described this as “needless red tape.” But perhaps he is missing the point.

Related:
Wherry: The heart of our democracy in a time of terror
Critics fear Bill C-51 could lead to unintended consequences

Oversight doesn’t just prevent spies from breaking the law, it is also prevents distrust. A culture of secrecy feeds suspicion. If Canadian citizens do not know what our spies are doing, we will grow more distrustful and less co-operative (as arguably we already are). This will make CSIS’s difficult job even harder, regardless of their new powers. Perhaps this is a rare example of how more “red tape” will actually make Canada safer and our spies more effective by making them more understood and more trusted.

But maybe you should not listen to me. My track record on this issue is not very good.