What were Google's most frequent U.K. searches after Brexit?

The second-most popular question for the search engine giant: 'What is the EU?' 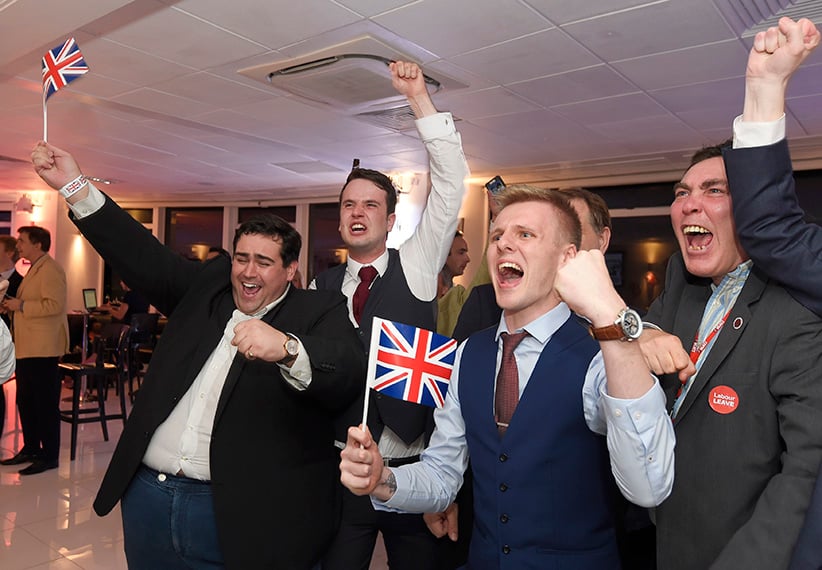 Leave supporters cheer results at a Leave.eu party after polling stations closed in the Referendum on the European Union in London, Britain, June 23, 2016. (Toby Melville/Reuters)

“What is the EU?” That’s the second-most googled question in the U.K. following the Brexit vote. Citizens of the deeply divided kingdom turned to Google for answers as the shock waves of the decision to leave the European Union reverberate around the globe. 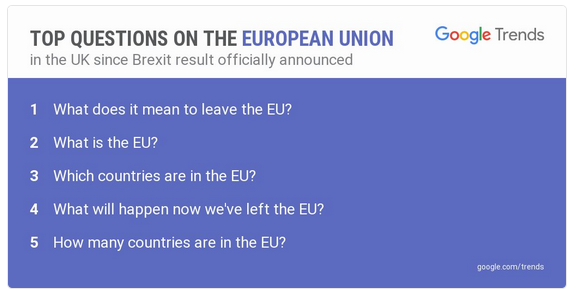 The fourth-most googled question is: “What will happen now we’ve left the EU?” So far the pound is plummeting, Spain, stoking a 300-year-old fight, is proposing joint control over Gibraltar, and Scotland is mulling a new independence referendum. And that’s just in the first 12 hours since results were announced.

The vote has already claimed its first political casualty. U.K. Prime Minister David Cameron, after campaigning for months for the Remain side, announced his intention resign earlier today. Immediately, the most googled question in the U.K. was: “Who will replace David Cameron?” 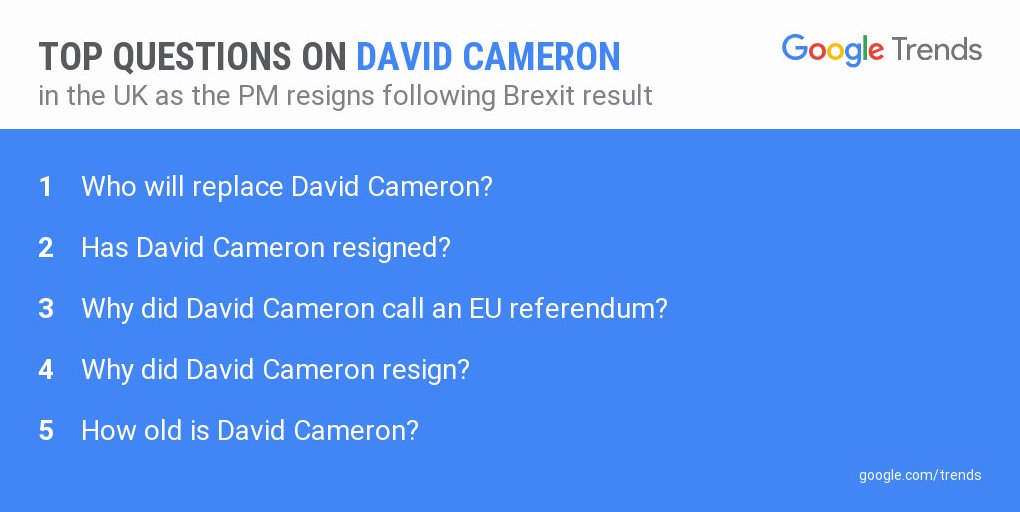 Some preliminary answers to these questions are obvious. Boris Johnson, the former mayor of London and a leader of the Leave campaign, is widely touted as a replacement for Cameron. So is Home Secretary Theresa May, who advocated for Remain, and is broadly popular within the Conservative party.

Canadians are taking to Google to try to figure out what’s going on, too. “Brexit,” and “Brexit results” are the top two trending queries in Canada about the referendum. But people are also googling “pound to CAD” (Canadian dollar) and “What is Brexit?”

Throughout the United Kingdom, similarly fundamental questions are being posed. In Northern Ireland, the top two questions last night were: “What is ‘Brexit’ ”? and “What if the pound collapses?” 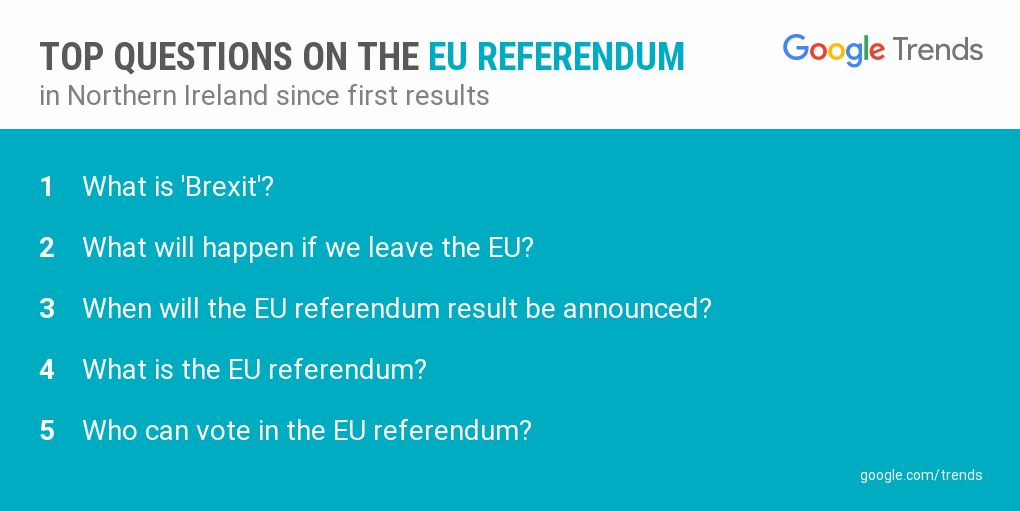 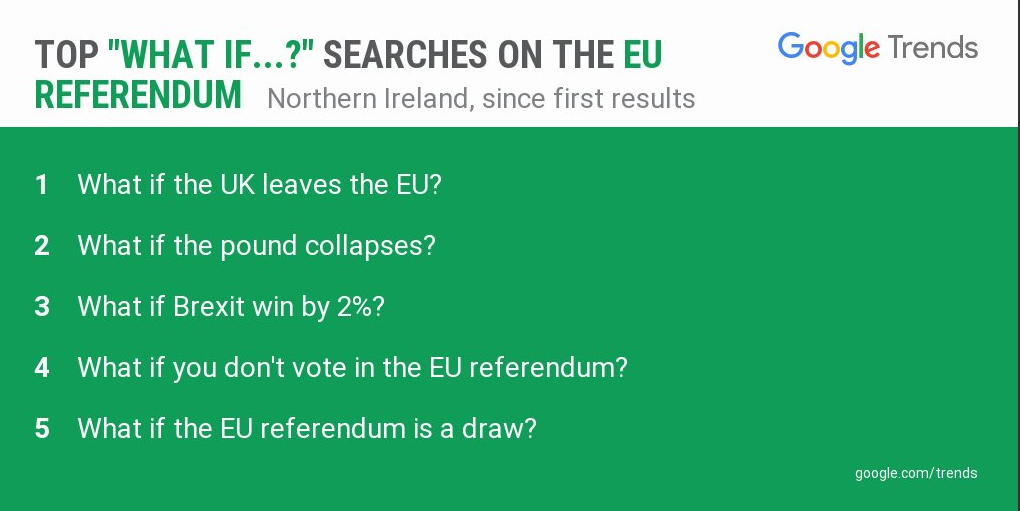 Last night, people who didn’t know the answer to questions like “What is the EU?” walked into voting booths. This morning, some people who voted to leave said they now regret it. Today, we’re all trying to figure out the consequences.